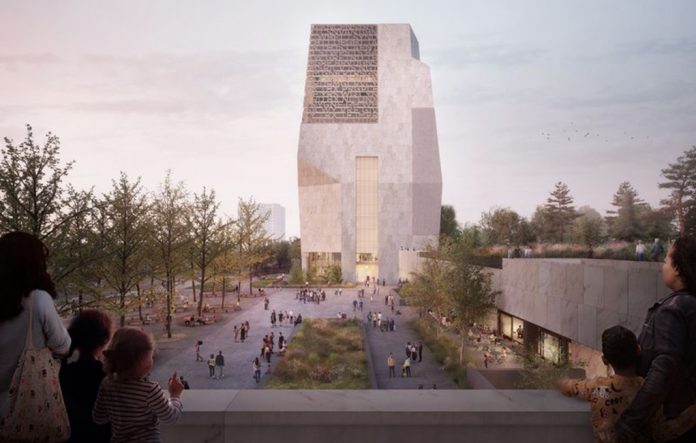 The project has gained Chicago City Council approval, many of the architectural drawings of the Obama Presidential Center have been drafted and refined and a collective of contractors has been hired to build the campus.

But nearly four years after the $500 million project to be constructed in Jackson Park was first announced, no new date for a groundbreaking has been set, and there’s no updated time frame for when the campus will open.

The pause in progress on the Obama center is related, in part, to a federal review process that has dragged on and at some points completely stalled.

The starts and stops have frustrated supporters and critics of the project because it has left stakeholders uncertain about what is coming next, and it’s unclear exactly when the center will be built. It’s also been challenging for residents to remain engaged, since it often seems like nothing is happening, organizers said.

“It’s been frustrating,” said Erin Adams, a South Shore resident with South Side Neighbors For Hope, a community group that is supportive of the project. “This is the first time I’ve been involved in this type of process. This could be normal, but it seems like it’s taking a long time.”

The federal review is taking place because Jackson Park is listed on the National Register of Historic Places and because the development involves closing and expanding major streets. There have been public meetings as part of the review process, and a report examining how the development will impact the park was released in July.

Bur for four months, there have been no updates, and at least two major events have been delayed without explanation, officials involved with the review said.

“The thing that was supposed to happen two months ago hasn’t happened yet,” said Louise McCurry, president of the Jackson Park Advisory Council. “Like all things, I’d like to get this done quickly. So I just keep nagging to get city officials to put this project back at the top of their agenda. That’s the only way to have a voice … just keep calling.”

After a reporter recently began inquiring, a city official sent a letter to community consulting parties saying more information will be released in January and a webinar will be scheduled at that time.

Still, the city’s website on the process hasn’t been updated since August. Construction cannot begin until after the federal review process is completed.

“We had been prepared to have these discussions. We have no insight as to why it’s not moving forward,” said Margaret Schmid of Jackson Park Watch, a group that has raised concerns with the size of the development and has opposed the road closures. “So we’re just doing what we’ve done all along.”

The Obama Presidential Center is expected to be a sprawling campus that will house the Obama Foundation offices and include spaces for large gatherings, an athletic center and a public library branch. In addition, the campus will have outdoor recreation areas including a sledding hill and walking paths.

The project has drawn national attention because it has the potential to transform parts of the struggling South Side by attracting tourists and possible investors to long-overlooked communities. It is expected to create indirectly about 2,500 permanent jobs.

Initially, Obama Foundation officials ambitiously predicted they would break ground on the construction in 2018 and said they expected the center to open in 2021. Then they had to push that timeline back. Most recently, the foundation has hesitated to publicly release an updated timeline.

“We appreciate the thorough analysis being conducted by the federal agencies and the participation of dozens of stakeholders around the city,” a foundation spokesman said in a written statement. “We join many in Chicago in feeling the urgency to bring the OPC to the South Side and are eager to see this process through its completion.”

While the Obama center project has support from hundreds of longtime residents, there also is worry that turning part of Jackson Park into a major attraction could force property values and taxes to rise, and ultimately lead to the displacement of lower-income residents.

For Charles Birnbaum, the founder and president of the Cultural Landscape Foundation in Washington, D.C., it’s not the slow pace of the review that’s most frustrating. It’s the way consulting parties have been treated throughout the process: placed on mute during public meeting conference calls and not invited to meet in person.

“There’s been so little engagement, for us to be an official consulting party,” Birnbaum said. “Preservation is a negotiation. There’s (normally) a give and take in the process. … There’s a discourse that happens that hasn’t happened here.”

Birnbaum said he fears that the public thinks the project is a done deal, when in fact there are still major steps to finish.

“The hope is there will be integrity in the process,” he said. “We’re waiting to see. There hasn’t been a willingness to sit down and roll up our sleeves and say, ‘How can we not have the adverse effect we are having now?’”

As the review process has stalled, the foundation has trudged forward with its programs, workshops, summits and community service projects.

But for residents like Adams who are eagerly waiting for progress on the center, that hasn’t been comforting.

“My son was an infant when they chose Jackson Park,” Adams said. “Now I feel like, ‘Is he going to be off in college by the time this is done?’ That doesn’t decrease my enthusiasm, but I’d like him to benefit.”