Home News U.S. News Things You Should Know About the House Tax Plan 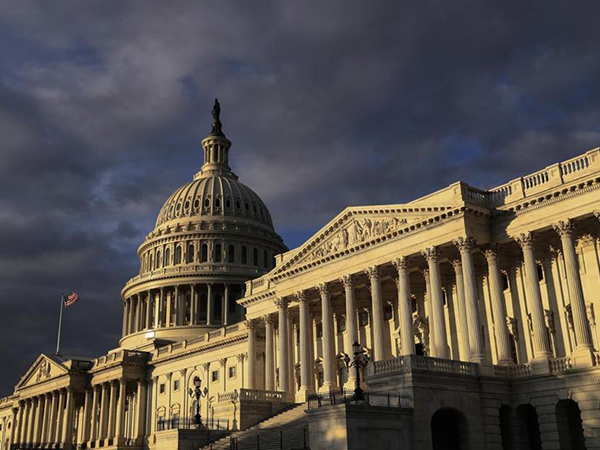 The tax overhaul blueprint released by House Republicans Nov. 2 is a long way from the finish line. Despite fitful efforts at crafting tax plans, beginning when the Republicans took over the House of Representatives in the 2010 elections, this detailed proposal released by Ways and Means Chairman Kevin Brady (R-Texas) is seen by many as the first real step.

The journey has just begun, however. There will certainly be changes made by Brady’s committee and then by the full House. And, then the U.S. Senate will weigh in with its must-haves and absolutely-nots. Still, every taxpayer needs to pay attention. Here are 11 provisions in the House bill that could affect your pocketbook.

The House plan estimates that increasing the standard deduction will cost the government about $1 trillion over 10 years; eliminating the personal exemptions would cost taxpayers about $1.5 trillion over the same period.

Tax Bracket Bingo – Will You Win or Will You Lose?

The plan calls for squeezing the current system of seven income tax brackets down to just four brackets. Proponents say it simplifies the law, but few taxpayers actually use the brackets to figure their bill (they use software or, for those with taxable income under $100,000, pick a number off a table). But where the new tax brackets start and end will have a lot to do with what you owe.

The plan calls to replace the current 10% bracket with a 12% bracket. That might sound like a punishment for lower-income earners, but proponents say they’ll be okay because more of their income will be tax-free. At the other end of the scale, after much debate, House tax writers decided to leave the top rate at 39.6%, but that rate would kick in at a much higher taxable income level: $1 million versus $470,700 on a joint return under today’s rules. On the joint return, taxing the $529,300 difference at 35% instead of at 39.6% would save the couple nearly $25,000.

Here are the current tax brackets and those proposed in the House plan.

These numbers are not set in stone. As part of President Bill Clinton’s tax legislation in 1993, lawmakers proposed imposing what was called a “millionaire’s surtax” with a 39.6% rate on taxable income over $1 million. In the end, that rate kicked in at $250,000.

Tax Credits on the Chopping Block

To simplify the law, the House plan would do away with several tax credits, including:

aEUR cents The credit for the elderly and the disabled, which can be worth up to $1,125 to qualifying low-income taxpayers.

aEUR cents The adoption credit, which can offset up to $13,570 of the cost of adopting a child.

aEUR cents The credit for plug-in electric vehicles, which is worth of up $7,500 to subsidize the cost of qualifying vehicles.

Currently, the law allows ex-spouses who pay alimony under a divorce decree to deduct the amount they pay. And, the ex-spouse who receives the money has to report it as taxable income. The House plan would get the tax law out of such financial arrangements. For any divorce decree executed (or altered) after the end of this year, alimony payment would be tax-free to the recipient…and the paying spouse would not get a deduction.

The change would add about $8.3 billion to government coffers over 10 years, tax analysts say, probably because payers are often in higher tax brackets than recipients.

No More Tax Break for Your Lake House

The bill would retain the exclusion from capital gains taxes on the sale of your primary home, which allows you to shelter up to $250,000, or $500,000 if you’re married. However, it would phase out the exclusion for single taxpayers with income of more than $250,000, or $500,000 for married couples. In addition, you’d have to live in your home for five out of the past eight years to qualify for the full exclusion. Currently, you must live in your home for two out of the last five years to claim the tax break.

Planning to relocate to another state for a new job? The bill would eliminate a popular deduction for moving expenses. The deduction, which is available to itemizers and non-itemizers, allows you to deduct the cost of moving yourself and your household goods to a new area as long as it’s at least 50 miles from your old home.

The bill would allow parents to use up to $10,000 a year from state-sponsored 529 savings plans to pay for private elementary and high school tuition. Currently, tax-free withdrawals from 529 plans are limited to college costs. Coverdell education savings accounts, which allow parents to save up to $2,000 a year for private elementary, high school or college tuition, would be eliminated, but owners would be allowed to roll them into a 529 plan.

No Second Chance for Roth Conversions

Lawmakers shelved a proposal to limit tax-deferred contributions to 401(k) plans to as low as $2,400 a year in response to strong opposition from the financial services industry and lots of other groups. (For 2018, workers can save up to $18,500, or $24,500 if you’re 50 or older). But the bill would make it more difficult to convert a traditional individual retirement account to a Roth. Currently, you can reverse a conversion–and eliminate the tax bill–as long as you recharacterize the conversion by the tax-filing date, including extensions, in the year in which you convert. The tax bill would repeal this provision.

The bill would increase the exemption from estate taxes–$5.49 million in 2017–to $10 million and phase the tax out entirely by 2023. It would also repeal the alternative minimum tax, a parallel tax system developed more than 40 years ago to ensure that the very wealthy paid some tax. Currently, taxpayers who may fall into the AMT zone have to calculate their taxes twice to determine which system applies to them.

The bill would eliminate the itemized deduction for unreimbursed medical expenses. Currently, the deduction is limited to expenses that exceed 10% of a taxpayer’s adjusted gross income.

Child-Care Would Get More Expensive

The House plan calls for the repeal of the popular break that lets parents set aside up to $5,000 of pre-tax salary to pay for child care while they work. The break applies to the care of children under age 13 and, currently, the money can even be used to pay for summer day camp. By killing the break after this year, congressional analysts say the change will raise $3 billion over the next ten years.

Update: One of the first changes made to the proposal in committee was to grant this tax break a five-year reprieve. As the plan stands now, child-care flex plans would be allowed to continue saving parents money through 2022. The savings would end starting in 2023.

Stay Ahead of New Developments

Regardless of your political leanings, all sides agree that a major tax overhaul is unavoidable.

Don’t be caught unaware, or worse, unprepared. Rely on The Kiplinger Tax Letter to guide you through all the changes to come — for yourself, or for your clients.