Home Technology - Top Headlines They’ve Got Phones, Clipboards and Virus Cases. What Do They Need? Software 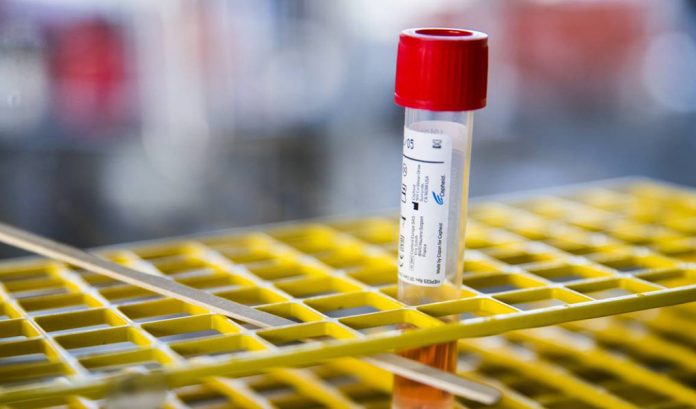 As states and cities begin to think about reopening their economies, the public-health workers who will be responsible for keeping the coronavirus under control are facing an unprecedented challenge: how to track and isolate thousands of people exposed to a disease that spreads with remarkable efficiency.

For years, state and local health authorities have relied on Excel spreadsheets, pencil and paper, emails and phone calls to deal with outbreaks of measles, sexually transmitted diseases and other communicable infections. But with more than 800,000 confirmed cases of COVID-19 in the U.S., that’s not enough. A new software tool called Sara Alert, developed by a federally funded nonprofit, aims to solve that arduous data-management problem.

“The concept here is quickly find the brush fire and extinguish the brush fire before you have a forest fire,” said Paul Jarris, chief medical adviser at Mitre Corp., the research group that developed the software.

Social distancing is a blunt tool that can suppress transmission, but it comes at great cost. As new cases decline and states attempt to reopen, it will be up to public health departments to identify people infected with the virus, find out whether they’ve exposed others, and, if so, quarantine and monitor those contacts. If more people get sick, they repeat the process, chasing down the virus case by case to break chains of transmission.

Officials in a handful of places including Arkansas started using Sara Alert in April. Health workers enroll people exposed to the virus who are asked to quarantine for 14 days. Those who need monitoring choose how they’d like to be contacted: by text message, phone, or email prompts that lead to an online survey.

Sara Alert asks them to respond to automated queries daily. If people report symptoms, their records are flagged to health workers for follow-up, and they can be referred for testing or medical care. People who don’t respond also get flagged.

People who develop no symptoms in the 14-day incubation window are notified that their quarantine is over, with no need for intervention from a human health worker. Jarris calls it “a force multiplier for public health.”

Jarris, a 62-year-old family physician and former commissioner of Vermont’s health department, said the name and design of the user interface are meant to be reassuring. “We did not want a name that sounded like big government,” he said.

The new coronavirus has revealed a glaring weakness in the U.S. health care system. Even with gleaming flagship hospitals and advanced biotechnology and pharmaceutical companies, the nation was unprepared for the shoe-leather work of human tracing necessary to contain an outbreak of this magnitude.

“The basic infrastructure for our public health system in the U.S. really needs to be built up,” said Judy Monroe, a former Centers for Disease Control and Prevention official who now leads the CDC Foundation. The philanthropic group supported some of the work on Sara Alert.

The country needs about 100,000 contact tracers to respond to COVID-19, by one estimate from Johns Hopkins University researchers. The total existing workforce in state and local public health departments is roughly 225,000.

“Our workforce in public health for contact tracing before COVID-19 was adequate for what we had, but it’s not adequate for COVID-19,” said Jennifer Dillaha, state epidemiologist and medical director for immunizations at the Arkansas Department of Public Health.

In Arkansas before COVID-19, about 15 nurses in the state interviewed contacts to trace the spread of communicable diseases, she said. Arkansas has shifted other health staff to the work, along with reinforcements from the University of Arkansas for Medical Sciences, to expand its contact-tracing force. It’s now approaching about 200 people.

Areas with widespread transmission such as New York have too many cases right now to effectively trace contacts. But the tactic will be essential to prevent a second wave of infections whenever distancing measures are lifted.

The numbers are daunting. Every case could have 10 contacts to follow up with and monitor, Dillaha said. As of Tuesday morning, Arkansas had reported almost 2,000 confirmed cases — which means 20,000 potential contacts. The state began using Sara Alert on Monday. “It really fills a function that we have struggled with,” she said.

The software is free to health departments. Jarris said it’s being tested by health officials in Danbury, Conn., and in the Commonwealth of the Northern Mariana Islands, which has used it to monitor 270 people. This week he’s been on the phone with other areas interested in adopting it.

Consumer technology companies including Apple and Google have announced plans to use phones’ location data to assist in contact tracing for COVID-19, but Jarris said the Mitre team decided early on to avoid that route. The developers declined even to make the system an app available for download.

“We thought people would be concerned about downloading a government app on their phone,” Jarris said.

The idea for Sara Alert predated COVID-19. Jarris and others at Mitre began discussing it almost a year ago. He wanted to create an enduring, flexible system for health officials to track epidemics, rather than software that was custom-built to a particular outbreak. In the languid timeline of government research, Jarris figured he had a couple years to get it done.

The first reports of the new coronavirus in China early this year changed that.

“The hair went up on the back of our necks, and we realized, ‘Whoa, this is going to be something,’ ” he said. “At the time we had no idea how bad it was going to be.”

In the third week of January, at a meeting in Atlanta in with state, local and federal health officials to discuss broader IT issues, Jarris pitched the idea of building the system in anticipation of COVID-19 reaching the U.S. The room, he recalled, was skeptical that it could be done fast enough. He assured them it could be — and silently hoped he was right. “It’s chutzpah,” he said.

A week later he gathered about 15 engineers and public health professionals at Mitre’s Bedford, Mass., campus. The public health people walked through the steps of contact tracing and disease investigation on white boards while the engineers took notes and asked questions. Then the engineers disappeared for five hours. Soon after, they had a rough demo that could send a test robocall to follow-up with a contact.

It was 10 weeks from the start of development to when the software was ready for health agencies to use. The speed surprised even the developers, who warned Jarris not to get used to it.

“I’ve been told by the engineers that I’m ruined for life,” he said.