Home News Business There’s Never Been a Better Time for Business Owners to Make a... 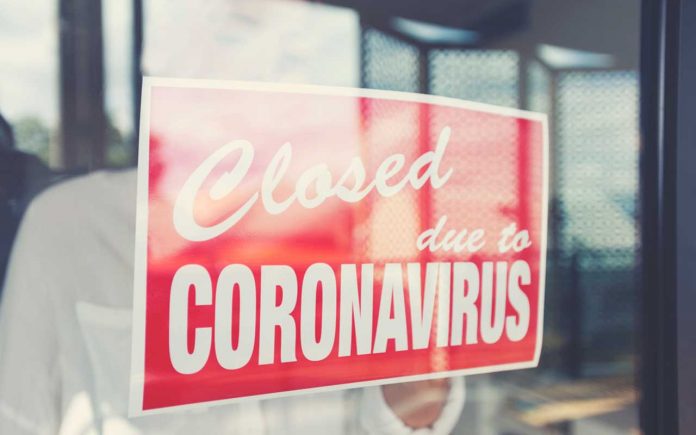 Not only that, this election year is filled with unpredictability, especially for owners of small and midsize businesses. We are simultaneously navigating the uncertain waters of the Paycheck Protection Program as well as planning for possible changes in the business tax code.

2020 has been particularly brutal. According to MarketWatch, 55% of Yelp-listed businesses that closed due to COVID will stay closed permanently.

It’s easy to see why many would assume a wait-and-see approach. Let’s see who gets elected and how the tax code will change. Let’s see how COVID stimulus is going to play out.

If you’ve found yourself saying things like this, let me be clear: This is anything but the moment to wait. I’m telling my clients that not only is it the right time to plan at least two years into the future, it’s the right time to think big and consider whether an even bigger move makes sense.

Here’s what you need to know to start making those plans:

Small and midsize businesses should be building contingency plans now for whoever ends up winning the White House, as well as which party controls the House and Senate. Yes, it will take time before any legislation is passed regarding business taxes, but as COVID-19 has taught us, building those plans now and thinking at least two years ahead will set your business up for success regardless of the outcome on election night.

First, let’s think about the most drastic scenario: a Democratic president and Senate. This is where I’d expect to see several changes smaller firms can plan for now, including:

— Reduction or elimination of the Qualified Business Income deduction: The Tax Cut and Jobs Act (TCJA) in 2017 allowed eligible self-employed and small-business owners to claim a tax deduction worth up to 20% of their qualified business income. Joe Biden has proposed phasing out this deduction for taxpayers who earn more than $400,000, so sole proprietors and S Corporations should start working with accountants and tax planners to find ways to help legally reduce taxable income.
— Reduction inSection 179limits:Section 179 allows businesses to deduct the cost of purchased equipment or software that has a clear business use. Currently, the deduction limit stands at just above $1 million, with a spending cap on qualifying purchases of $2.59 million. The goal of the president and Congress in this scenario is to generate more revenue, so this would be another likely target for reducing deduction potential.
— Increase in federal corporate tax rate:After the TCJA, federal C Corp rates were reduced from 35% to 21%. That’s a big drop in revenue for the IRS, meaning it would likely be revisited after a Democratic win. In fact, Biden has said he would raise it to 28%. Corporations should think about where they’re domiciled. Would moving states, or even countries, have a positive benefit in the coming years? Remember: You can’t redomicile your business just for better tax rates; there needs to be a clear business case.
These are just some of the biggest business tax changes that could occur with a Democratic win on election night, but talk to your tax adviser now to start identifying what else could change. One thing I’m telling my clients: Think about where you’d find deductions in this scenario and develop a business plan where you’re reinvesting most of your revenue instead of paying it out and paying more taxes on it. Political winds are always changing, and the tax code along with them — whatever happens after the election, the tax code is not permanent.

Now let’s think about what happens if Donald Trump remains in office and things more or less look the same in the Senate. Because of the COVID-19 stimulus payouts, it’s unlikely there’d be further tax cuts — it’s just not fiscally feasible. For the most part, business taxes would likely stay as they are now. It’s also likely taxes would remain mostly unchanged for small and midsize companies if there’s a party split between the White House and Congress.

As a small-business owner myself, possible changes in my individual taxes could also affect what I do with my business. I’m making contingency plans, and you should too.

If Trump stays in office or there’s a party split, taxes likely won’t change much — maybe there’s a possibility of incremental cuts for some individuals. But planning needs to happen now for the scenario of a Biden win.

This plays out most clearly if you’re an S Corp or sole proprietor. In those cases, some of the possibilities I outlined above affect you as an individual in the same way they affect you as a business.

In addition, if you have an IRA, now’s the time to convert it to a Roth IRA if you’ve ever considered it. Why? Because we’re in a low-tax environment now, and converting to a Roth IRA allows those funds to grow without paying any new taxes that may become law later. But consider that Roth IRAs, too, have certain restrictions. For one, if you take a distribution before you turn 591/2 and before the account is five years old, you may need to pay taxes and/or penalties on earnings.

It’s also likely that tax bracket margins will change. If you’re getting payouts from your business at the end of the year that aren’t pushing you into the next tax bracket right now, that could change in the coming years. Those changes would affect how you manage your business revenue if they mean you’re paying thousands of dollars more in individual taxes.

Having these conversations now and developing a growth strategy that looks at least two years into the future is a great starting point. Thinking about how tax code changes might affect that strategy could mean the difference between thriving as we come out of COVID or becoming another statistic.

COVID-19 has created unprecedented disruptions for businesses in a remarkably short time period. But it’s also put some amazing talent into the market that wouldn’t otherwise be there, caused some business models to grow exponentially, and cut interest rates so much that it’s actually a really good time to start a business — if you’ve got the right idea.

If you’ve been sitting on trying something new, whether a new line of revenue or an entirely new business, this is a time to take stock and consider taking that big leap. It might sound counterintuitive, but when everything else feels uncertain, let’s think about what is certain: Interest rates will remain low for at least a year, any tax code changes can be planned for, and there are a lot of new business opportunities that didn’t exist even nine months ago.

Coming out of a pandemic, the future might feel scary and uncertain. But instead of being afraid of it, plan for it.