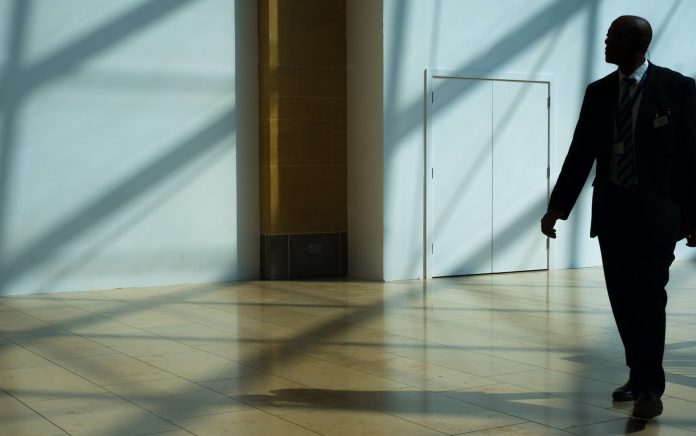 The big, red brick building down the road is where you get your groceries. You have to drive there, past the shiny chrome car dealership, turn left by the green gas station.

The yellow fast-food place is your kids’ favorite. It’s in the same block as your grocery store. And that large brown building? That’s where you do your banking and keep your money.

But, as in the new book “The White Wall: How Big Finance Bankrupts Black America” by Emily Flitter (Atria/One Signal Publishers, October 2022), can you get that money out?

Some years ago, while covering her beat as a banking reporter for The New York Times, Flitter tried to follow a lead on a Black man who had been fired from his job at a major financial company. It turned out to be a weak lead, but along the way she met a lawyer who turned her toward a much bigger issue: racism in the financial industry.

Recent polls show that most Americans have no idea that a racial wealth gap exists in the United States. They know nothing about the Black/White gap in family wealth. Neither do they have a clue that Black families fared much worse than whites in the 2008 financial crisis, nor that Black families are struggling again in this post-Pandemic time.

The truth is, racism thrives in banking institutions where, Flitter says, white bank employees often profile Black customers as “suspicious,” even when those customers have a paper trail of proof for their own money.

Not even Black business owners escape racism within the financial industry. Not to mention the proportionately low number of Black employees in those institutions, or the sparse number of high-level leaders.

Clearly, says Flitter, “Corporate America has a long way to go.”Pick up your copy of “The White Wall,” hold it tight, and make room on your lap for your jaw. It may be dropping a lot while you’re reading this shocking book.

What’s in this book may not be much of a surprise to readers who live this reality every day. Flitter has some words for those readers, starting with this: What you’ve experienced is no anomaly.

She also has words for Wall Street and every large business in the nation, devoting an entire chapter to ideas on how to do better by making financial services more accessible for Black Americans. There’s good news in Flitter’s final words on the ideas she puts forth, and that’s a happy start. But, judging by the many, many stories she shares, readers absolutely could be forgiven for any lingering pessimism.

“The White Wall,” Flitter’s debut book, is a powerful narrative about the demoralizing and dehumanizing actions of an industry that has yet to do away with redlining and other policies of the Jim Crow era (1877-1964) of legally enforced racial segregation.

Yet, the book is easy to read – and, hopefully, put to use – even for the busiest executive. With an essential message that shouts to be heard, it has the potential to create new consciousness.

To paraphrase Flitter, America’s financial system has a long way to go.

U.S. tourist killed in London would not have borne ill feelings...

Strong or Shaky? Black Turnout for Biden in 3 Midwestern Cities...