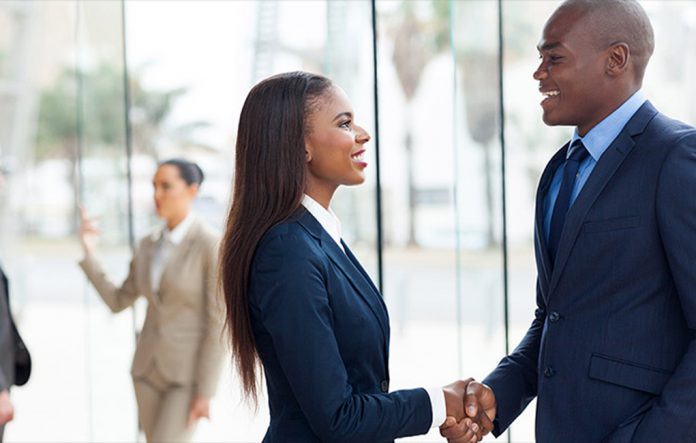 I’ve known many people — young and not-so-young alike — who come out of an initial job interview feeling confident about their chances of landing the job, only to hear that they haven’t even made it to the second round. It has always made me wonder if there are common mistakes job applicants make during a first interview that pretty much nix their chances of getting to a second interview.

When I put this question out there to industry experts, I got a lot of input! Most of their responses fell into two categories: not being prepared and not being professional.

As Heather Rothbauer-Wanish, Ph.D., a certified professional resume writer and owner of Colfax, Wis.-based Feather Communications, says, “The job interview is your chance to shine as a professional, show why you are the right person for the job, and build rapport with the interviewer. It’s imperative that you research the company prior to the interview, demonstrate your knowledge about the offerings, and keep your information and responses relevant to your professional life.”

Among the most common mistakes these experts cited:

–Not researching the company. You have to know what the company does, stresses Samantha Spica, the partnerships and communications manager at Fairygodboss, a career community for women. “If a candidate can’t clearly articulate why they want to work for a company and doesn’t know what the company does — even at a basic level — it’s clear that they didn’t do their homework,” Spica says. “This shows a lack of passion for the role and makes the candidate appear unprepared.”

–Going into the interview cold. “Lack of preparation typically translates into disjointed answers to questions, challenging communications such as stumbling or rushing over responses, and/or lack of customized details that speak specifically to the employers’ unique job requirements,” says Adrienne Tom, an executive resume writer and interview coach with Career Impressions.

“Even 30 minutes of preparation prior to an interview can help eliminate this major mistake.” Job seekers, she says, should take time to clearly understand the audience (employer), the job requirements, and how their work history aligns with the company’s needs. “Prepare a few stories of success that address common interview questions that also demonstrate the return on investment — the value — you can provide should you be hired for the role,” she advises.

–Exhibiting a lack of professionalism. Stacie Garlieb, president of Successful Impressions LLC, says this can include everything from showing up to the interview late to not dressing appropriately to not bringing copies of a resume.

Rothbauer-Wanish agrees. “In one instance, during a summer month, a candidate for a high-level position arrived in flip flops, placed her sunglasses on her head, and kept her cellphone on the table in front of her during the entire interview,” she says. “Whether she was the correct person for the job was not even a consideration within the first minute of the conversation; her actions and inappropriate dress already set her apart as someone that wasn’t serious about the job or organization.”

–Not being in a quiet area on a land line to take the call. This is an important topic, especially in this age of virtual everything — including virtual job interviews! “I can’t tell you how many times I’ve heard background noises in a busy cafe, the ‘ding-ding’ of seat belt alarms in a car, an actual conversation while someone passed by the candidate on the phone, and the interference or drop-off because the candidate used a mobile phone,” says Melveen Stevenson, CEO and founder of M.S. Elemental, LLC, a human resources and business advisory firm based in Los Angeles. “Treat a phone interview as an in-person interview. Show up with professionalism and focus.”

–Being negative. This can apply to the workplace or your personal life, the experts say.

“Even if an interviewee previously worked in a toxic environment or had a very negative work experience, no one wants to work with someone who is constantly negative, and interviewers will not bring you back for another round [if you are],” Spica says.

Rothbauer-Wanish shares an example of how negativity about your personal life can taint an interview. “A candidate answered the very first question with a synopsis of everything that was currently wrong in her personal life. She included information about her estranged husband, impending divorce and childcare issues,” Rothbauer-Wanish recalls. “This immediately gave us a ‘red flag’ that this wasn’t the correct person for the job. If she couldn’t leave her personal life out of a job interview, how would she ever do so on a daily basis at work?”

–Not asking questions. “At the end of every interview candidates are asked, ‘What questions do you have for me?'” says Garlieb. “Candidates who say, ‘I don’t really have any’ are immediately eliminated from consideration.

Stevenson says no questions can translate to no interest.

“It conveys disinterest or lack of knowledge about the company and the position if you don’t come back with questions,” Stevenson says. It can be something as simple as saying, ‘Tell me more about …’ and refer to something that the interviewer mentioned earlier in the call,” she adds. “Always be listening and thinking of follow-up questions to ask at the end of the interview.”

Say Cheese! Why Every Professional Should Have Headshots

With Job-Hunting, Consistency is Key