Home News Business The Pandemic Disrupted Work for Good, and Not Always for the Better 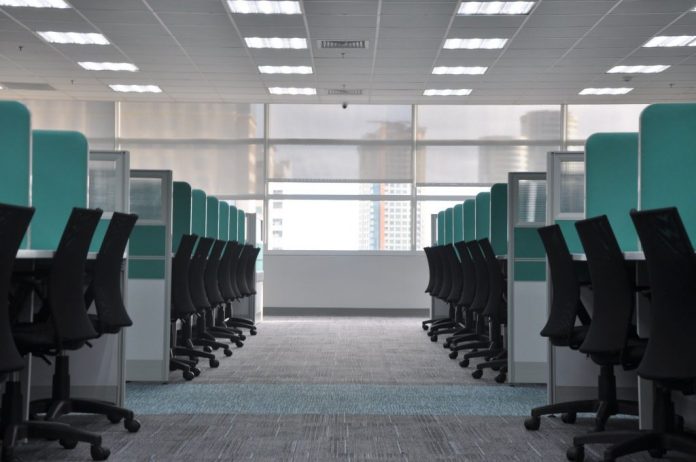 Pandemic disruptions are everywhere, and some are here to stay.

Five months ago, when McKinsey & Co. surveyed 100 U.S. executives, they predicted 80% of their workers would return to the job site by the end of September. The rosy projections didn’t materialize, largely because COVID-19 has kept spreading.

Meanwhile, many companies and employees discovered that working from home could work, at least for certain industries and occupations — and certain workers.

In late September, about 40% of adults in Dallas-Fort Worth were living in households with at least one person working from home because of the pandemic, according to the U.S. Census Bureau. That amounts to over 2.2 million people in the region, along with nearly 5 million others in the rest of Texas.

Remote work is expected to remain a fixture in the American workplace even after the coronavirus crisis fades. Many companies are talking about adopting hybrid plans to give people the flexibility to stay home for routine assignments and come into the office for specific reasons.

Bringing on new employees, building up teams and making critical decisions are still best done in person, said Susan Lund, a leader of the McKinsey Global Institute and co-author of a September report on how 800 executives envision the post-pandemic workforce.

“This is the big transformation that may come out of COVID — the recognition that some activities, we can do perfectly fine on our computer from anywhere,” Lund said. “But when offices are used, it’s going to be more around team-room space, whiteboards and that kind of activity.”

Her report identified other trends that were already underway and have been accelerated by the pandemic. Companies have invested heavily in digital capabilities and automation, including e-commerce, mobile apps and chatbots. They’ve beefed up video conferencing and file-sharing to boost collaboration among employees, including those off-site.

Part of this is a response to market opportunities, such as the surging demand in online sales. Consumers also want customer service that doesn’t require physical contact.

In the next two years, 78% of executives in North America plan to hire more temporary workers and freelancers for their on-site operations, according to data from the McKinsey report. That’s probably driven by the desire to control costs and boost flexibility during a potentially difficult economy.

One thing there’s no consensus about: when companies will ask all their remote workers to return. Those plans are affected by many variables, including local rules related to COVID-19 transmission and the preferences of corporate leadership.

“Companies that are reopening are doing it slowly — maybe with 25% density at first and then ramping up slowly,” Lund said.

Another expert said the timeline for reopening now extends into the first quarter of 2021 for many employers.

“Many won’t even re-evaluate a return until Q1 — that’s the consensus I’m hearing,” said Eric Peters, president of the professional division of BGSF, a publicly-traded staffing company in Plano, Texas.

He said executives are primarily worried about two coronavirus risks: COVID-19 outbreaks during flu season and the impact from reopening more of the Texas economy, such as bars and schools.

Some companies are doing “soft reopenings,” welcoming back maybe 20% of workers volunteering for the early wave. They’re often from households with both parents working from home while juggling kids’ learning, he said. One spouse may want to get into the office to reduce distractions.

The leaders of many local companies are starting to sour on remote work, said Angela Farley, chief operating officer of the Dallas Regional Chamber. While they’re unwavering about protecting employees and customers, many are looking for an opportunity to get folks back to the workplace.

“There’s a building consensus among CEOs that productivity is not what they hoped it would be,” Farley said. “And the tools to monitor productivity are not working as well as they hoped, either.”

People are eager to reconnect in person but they’re hesitant. Farley reached out to women executives in Dallas to set up an outdoor meeting with social distancing. There was enthusiasm about getting together with peers, but after an October date was set, only one person signed up.

“People like the idea (of meeting), but when it comes down to it, there’s more reticence,” Farley said.

CEOs are divided over remote work, with some saying everyone will never return to the office while others can’t wait to get back. Last month, The Wall Street Journal compiled a range of public comments from executives.

Reed Hastings of Netflix said, “I don’t see any positives. Not being able to get together in person, particularly internationally, is a pure negative.”

From Rajat Bhageria of robotics startup Chef Robotics: “We tried it. … It’s just not the same. You just cannot get the same quality of work.”

But Dana Canedy of Simon & Schuster had a different take: “We’re all grown-ups and we have adapted to these new work realities. That’s going to produce permanent changes in how we all work. I’m getting my work done, and so are my colleagues. I don’t have an issue with it.”

“Some people are really thriving in this new environment and some are finding it really difficult,” said Andrew Challenger of the outplacement firm Challenger, Gray & Christmas.

He expects the remote work trend to stick, along with more technology to better track productivity. Tech companies have an edge in this transition, he said, and their tracking tools gave them the confidence to announce they wouldn’t bring back workers till next year — or maybe ever.

In higher education, hybrid models are taking hold as students use a combination of online learning and in-person classes. At Southern Methodist University, graduate students in business can choose their preferred approach, and the school has spent up to $100,000 to create a strong online course, said Shane Goodwin, associate dean for executive education and graduate programs at the Cox School of Business.

“It’s like a live TED talk,” Goodwin said. “A number of students prefer that modality of learning. If it’s done extremely well, it’s an effective tool.”

The biggest barrier was getting the faculty on board, he said. Creating online content requires a significant time investment, but the pandemic didn’t allow another choice.

“We shouldn’t be talking about going back to a new normal,” Goodwin said “It’s going to be a new reality, and we need to embrace it and go forward.”

Detroit Bomber: No Coat, No Luggage, No Notice