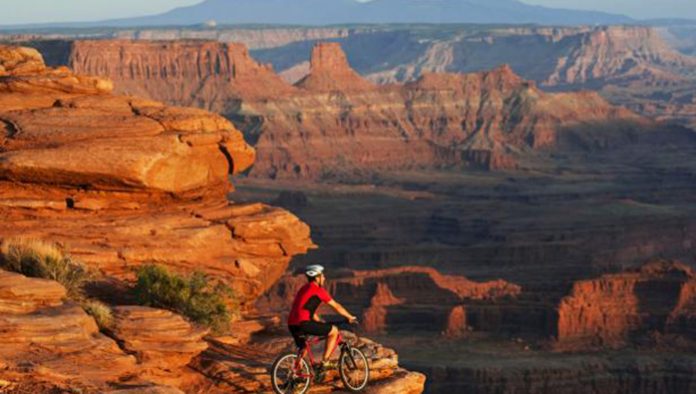 Here are some of the many financial reasons to travel at non-peak times of the year.

AIRFARE PLUMMETS IN THE OFF-SEASON

Low airfare is just one of the many desirable advantages of off-season travel. According to The Washington Post, domestic airfare rates peak in summer and then fall steadily until the holiday travel season begins in November. And studies by airfare tracker app Hopper note that the average cost of a domestic round-trip flight peaks in June before dropping in July.

While summer flight prices are traditionally high, some vacation locations actually boast lower rates during the hotter months of the year. In fact, for popular beach destinations like Miami and the Caribbean, summer is the low season, so you can often secure steep discounts and airfare deals.

If your schedule permits, run ?flexible trip? searches with online travel sites to find the cheapest months to fly. You might just score a deal to a desirable destination.

These days, plane passengers don?t just pay extra for premium seats. On the contrary, many airlines charge fees for the more desirable economy seats, such as those with a few extra inches of legroom. For example, Air New Zealand charges up to $1,500 extra for two passengers in its Economy Skycouch seating. This fee gets you three seats with flip-up footrests and armrests that transform the row into a comfy couch.

If you arrange for off-season travel, you might not need to pay for better seats. When a long-haul flight is half empty, create your own ?sky couch? by nabbing an empty economy row and a few pillows. You?ll arrive at your destination rested and ready for fun.

YOU CAN PAY LESS TO STAY LONGER

It?s common knowledge that hotel rates drop during the low season. Along with scoring economy hotel rooms for rock-bottom rates, you can often purchase luxury accommodations for less.

According to The New York Times, Miami hotels often reduce high-season rates by 50 percent during slow times. Additionally, you can snag special deals like free valet service, a fourth night free or a hefty credit toward meals at the hotel restaurant.

If the beach isn?t your thing, save money by heading to a ski town during the summer months. You can enjoy resort perks along with great hiking and biking during the off-season. In fact, some of the best resorts in Aspen offer discounts of up to 40 percent on typical room rates during summer.

Visiting popular cities can also be a little more affordable in the off-season. According to The Huffington Post, the off-season for San Francisco is October through March, while January and February are the best times to visit The Big Apple.

Whatever leisure activities you have in mind for your vacation, you?ll likely pay less during the low season. If getting a relaxing massage or rejuvenating facial make your short list, book during the off season to get more for your money. In fact, in July and August, Miami?s low season, the city?s premier spas (under the auspices of ?Spa Month?) drop their prices by up to 50 percent.

You?ll find great spa deals when you head to ski country in warm weather, as well. Spas in both Aspen and Vail, for example, offer significant discounts for off-season visitors.

If you?d rather spend time with a caddy than a massage therapist, you?ll find discounts on off-season greens fees across the country. Even famed Pebble Beach drops its hefty greens fee from $525 to $495 off-season.

If you dream of embarking on a wildlife safari in Africa or a guided tour of Egypt?s pyramids, rearranging your schedule can save you money. According to Travel & Leisure, safari lodges offer serious low-season deals and discounts, with prices dropping by up to 40 percent.

For example, you?ll pay up to $3,590 a night in the high season for a family tent at the legendary Cottar?s Safari Service, which boasts sunset views across the Serengeti. However, green-season (mid-March through May) prices dip to around $2,000 a night.

Many tour companies offer special off-season discounts, as well. Go Ahead Tours, for example, cuts prices on most tours starting in November, including trips to Eastern Europe, Japan and Italy.

YOU CAN GO CRUISING FOR A DEAL

If you want to relax on a cruise, you can still get big discounts by scheduling your trip off-season. High and low seasons vary depending on the body of water in question, so do your research before booking a trip.

While you can certainly score a deal on a traditional ocean cruise during the off-season, the best savings occur on the river. Not only can you get discount rates on European river cruises during the ?shoulder? months of fall or early spring, but you?ll also enjoy more elbow room and better choices in accommodations at this time of year.

Repositioning cruises will save you even more. With this cruise option, your ship departs from one port and drops you at another. As a result, you can explore two different cities while enjoying big discounts.

Currently, Royal Caribbean offers repositioning cruises that depart from or travel to Boston, Barcelona, Mexican port cities and Dubai, among other locations. Repositioning cruises are also typically less crowded, so you won?t have to worry about packed pools or lines at the buffet.

When you are getting ready to travel, don?t forget the various ways you can save money with off-season travel. It?s a win for your travel budget and your vacation experience.

Cash in on Savings with Off-Season Travel Tips