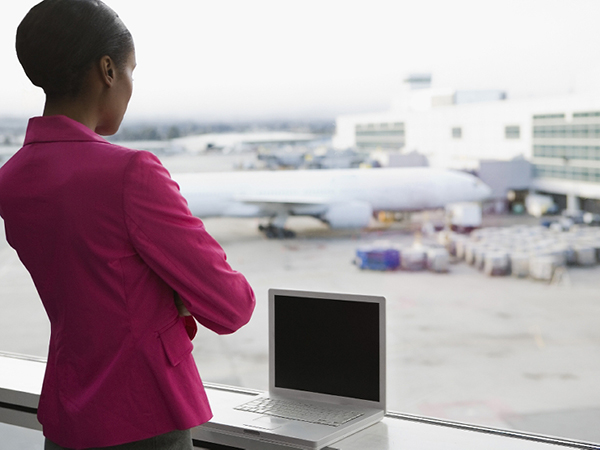 Some travel costs are inescapable; after all, you?re probably not going to get a free hotel room or discount tickets to Disney World. However, you can cut costs on your next trip ? you just have to know the right time to book your journey.

Whether your next vacation involves planes, trains, cars or cruise ships, take a look at these expert tips for booking your travel.

The best time, on average, to buy airline tickets for a domestic flight is 54 days before departure, airfare shopping engine CheapAir found by analyzing 921 million airfares. However, there is a prime booking window when prices are lowest that falls between 21 days and 105 days before departure.

Fares can fluctuate a lot during this window, but it?s the best time to find a bargain on a flight, according to the CheapAir?s 2017 Annual Airfare Study. Passengers will pay at least $20 to $50 more per ticket, on average, by booking more than 105 days in advance of a flight. And if you book between zero and 13 days before departure, you?ll pay about $150 more.

You can use CheapAir?s When to Buy Flights tool to pinpoint when cheap airline tickets are available for flights you want to take.

CheapAir tracks fares on a daily basis for more than 11,000 markets during the holiday season, and has found that the cheapest airfares for Thanksgiving holiday travel are available in August and September, said Jeff Klee, CEO at CheapAir. The cheapest flights for Christmas are found in September and early October.

However, the days you choose to fly during the holidays also make a big impact on price and how far in advance you should book.

?If you are traveling on the peak days ? the Wednesday before and Sunday after Thanksgiving ? not only should you expect to pay a hefty premium, but it?s also more important to buy early, because most flights will eventually sell out,? said Klee. ?On the other hand, if you are flexible with your travel dates, you can better afford to wait a little longer.?

When to book an international flight depends largely on where you are going. To get the best price on flights to Canada and Mexico, book 60 days in advance, according to CheapAir. For flights to South America, the best prices are available about 80 days before departure.

The best prices for hotel rooms can be found 30 days before your arrival, said Cheryl Rosner, CEO of boutique hotel booking website Stayful. This holds true even for peak travel season and stays during the Thanksgiving and Christmas holidays.

If you don?t tend to plan that far in advance, you?re not out of luck. There?s another window of opportunity to get a good price seven to 10 days prior to a stay, she said.

The best way to get a hotel deal is to be flexible about when you visit a destination, said Brian Ek, travel analyst for Priceline. For example, a package that includes roundtrip airfare from New York to Las Vegas and accommodations at Treasure Island is $468.52 per person from Sept. 16 to 19, but it?s just $352.22 from Dec. 9 to 12.

LAST-MINUTE TRAVEL: BOOK HOTEL ROOMS THE DAY OF YOUR STAY

If you?re willing to take a gamble on whether a room will be available, you can get a great deal by waiting to make a hotel reservation until the day of your stay. Last-minute savings on hotels can be up to 60 percent, Ek said. You can find these deals through Priceline?s last-minute deals search feature, the Hotel Tonight app and the site LastMinuteTravel.

Be aware that hotels won?t start making those bargain rates available until 11 a.m. local time, Ek said. And the number of rooms they sell might be limited. ?So, pick a destination, synchronize your watch and start counting down,? he said.

CRUISE: BOOK A YEAR IN ADVANCE

If you want to get the best price on a cruise, you need to do some planning. ?You can get an excellent deal by booking a year out,? said Carolyn Spencer Brown, editor-in-chief of Cruise Critic. This applies regardless of the time of year you plan to cruise.

You won?t necessarily get a steal, but you?re likely to get the room of your choice at a good value ? which is important if you?re traveling as a family. The cruise lines also tend to throw in extras ? such as spa packages, excursion packages, drinks packages or free airfare ? if you book well in advance, Brown said. Savings from booking early will vary depending on the cruise.

To get the best value, enlist a travel agent who specializes in cruises to help you book your trip. ?The service they provide at no cost is amazing,? Brown said.

Cruise lines typically require passengers who?ve booked in advance to make a final payment three months before departure, Brown said. So, cabins tend to open up at this point if people decide not to go through with their travel plans. It?s a great time to get a deal ? if you?re not picky about which cabin you get.

?A very good price on a cruise would be about $125 per person per night,? Brown said. However, she has seen last-minute deals with rates as low as $30 per day. You?ll find especially good last-minute deals on cruises that set sail to the Caribbean and Hawaii between Thanksgiving and Christmas ? when fewer people travel. Look for these deals to pop up at the end of October, Brown said.

Keep in mind that booking a last-minute flight to the port could be more expensive. And last-minute deals on cruises aren?t available until the actual last minute. You need to book at least 10 days to two weeks before departure.