Home News U.S. News The American Dream May Help the Poorest Among us Live Longer. Here’s... 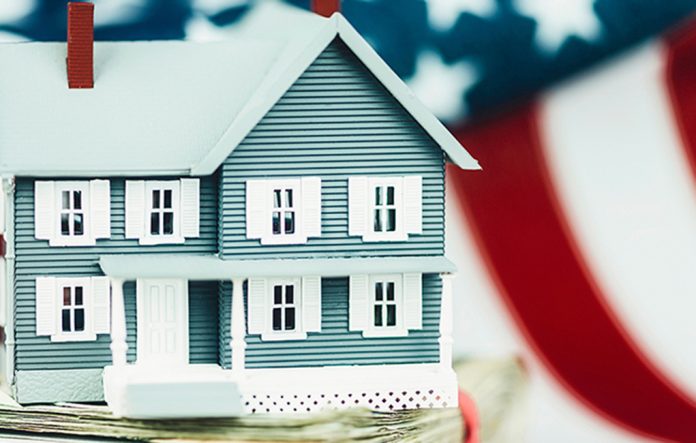 For Americans who live in communities where prospects for economic advancement are scant, life is not only bleak — it’s shorter too.

The “longevity gap” between rich and poor Americans is already well known. Once they reach the age of 40, American men with household incomes in the top 25% can expect to live 45 more years, on average. But 40-year-old men in the bottom 25% have an average life expectancy of just 36 years.

The gap for women is smaller, but still significant. A typical 40-year-old woman in a high-income household can expect to reach the age of 87. That’s 5 1/2 years longer than her counterpart at the other end of the economic spectrum.

But that’s not the whole story.

The new analysis of U.S. counties links greater social mobility to a smaller longevity gap, as well as a lack of social mobility to a bigger life expectancy gap. In fact, differences in Americans’ ability to climb the economic ladder helped account for roughly 20% of the disparity in the length of life, according to the study published this week in JAMA Internal Medicine.

The findings offer novel evidence that the vitality of the communities in which we live can make a difference in our health and longevity. In places where jobs are scarce, education is poor and ambition is dimmed, residents who should be in the prime of life are more prone to physical and mental illnesses, and are less likely to quit unhealthy habits or seek the help they need to improve their condition.

“The findings underscore the importance of both opportunity and hope,” said Dr. Anand Parekh, chief medical director of the Washington-based Bipartisan Policy Center. “We are just starting to realize as a health care community how important emotional well-being is to overall health,” added Parekh, who was not involved in the new research.

The implications are raising alarms in a country where the chasm between rich and poor is widening, and where economic opportunity is spread unevenly across regions, among ethnic groups and between metropolitan and rural communities.

After rising steadily for decades, the average lifespan of Americans began falling in 2015 and continued to do so through 2017, the most recent year for which such data are available. That trend has been driven by surging rates of suicide, fatal drug overdoses and deaths attributed to excessive alcohol consumption.

These fatalities, collectively described as “deaths of despair,” have been concentrated among working-age Americans. And they have risen sharply among white adults in communities depleted by the departure or long-term absence of good jobs.

Those premature deaths are especially evident in communities where mining and manufacturing industries have collapsed, moved to places with cheaper labor, or reduced their workforces through automation. Jobs that long gave workers with little education the chance to own homes and send their children to college — cornerstones of social mobility — have dwindled in counties across Pennsylvania and the Midwest, northern New England and the South.

Without the hope for upward mobility that such jobs provided, “individuals may be more vulnerable to the diseases of despair,” Parekh said. Their emotional well-being may suffer, he added, and the seeds of chronic illnesses — depression, diabetes, heart disease, pain syndromes — find fertile ground.

But the reverse is also true, said Dr. Atheendar Venkataramani, a physician who teaches medical ethics and health policy at the University of Pennsylvania.

“The American dream is good for the economy, and it seems to be good for people’s health,” said Venkataramani, who led the study. Policies that give more Americans access to that uniquely American promise could boost the public’s health and change lives, he said.

Venkataramani, who recently studied the link between automobile plant closures and fatal drug overdoses, acknowledged that the new findings cannot prove that social mobility directly lengthens lives, or that lack of mobility shortens them. But it suggests there’s a real connection between having a reason to strive and the chance to thrive.

Take, for instance, two 40-year men whose families scrape by in the bottom 25%. Though both are poor, one of them resides in a county the American Dream forgot. When his children turn 30, their household incomes will probably be no larger than what their parents provided.

The other man, by contrast, lives in a county where a bit of hustle results in a job that can support his family. Over time, he may learn of a better job from his union shop steward, his barber or a member of his church. His kids attend school alongside college-bound classmates. By the time those kids turn 30, their household incomes will probably surpass that of their parents.

And on average, the second man will outlive the first by 18 months.

The pattern is the same for two 40-year-old women at the bottom of the economic ladder, though a little less dramatic. Compared with her sister who lives in a stagnant county, the one in a thriving county with more and better jobs and education will live 15 months longer, on average.

For the most affluent Americans, the social mobility of their home counties had virtually no bearing on their life expectancy.

The opportunity gaps brought to light by the new research are not just unfair to the people and places they disadvantage, said Brookings Institution economic development scholar Mark Muro, who was not involved in the work. “They are matters of life and death.”

The analysis provides a hypothetical window into a very different United States. If a magic wand could transform counties with little social mobility into ones with the most, the life expectancy of poor men might rise by four to six months. Poor women might gain three to four months.

That may seem modest, but cancer drugs that prolong life by a similar amount are quickly approved and embraced by doctors and patients, Venkataramani said.

He and his co-authors emphasize that a magic wand may not be necessary to improve social and economic mobility in the most bereft counties. A raft of time-tested policies have been shown to help members of low-income families do better in school, earn more as adults and live healthier lives. They include early childhood education programs like Head Start, others that allow nurses to make home visits to new parents and housing initiatives that move low-income families into higher-income neighborhoods.

Further research should clarify the link between social mobility and lifespan, Venkataramani said. In the meantime, the new findings offer a gauge of just how powerfully mobility could influence health.

“Our country is predicated on the idea that anyone can become anything, and people want to have hope that that’s true for them,” he said. “The lack of that may hurt people’s desire to stay healthy. And it may hurt their health directly.”

How to deal with a difficult employee

Why Are Stocks So Strong When Employment is So Weak?