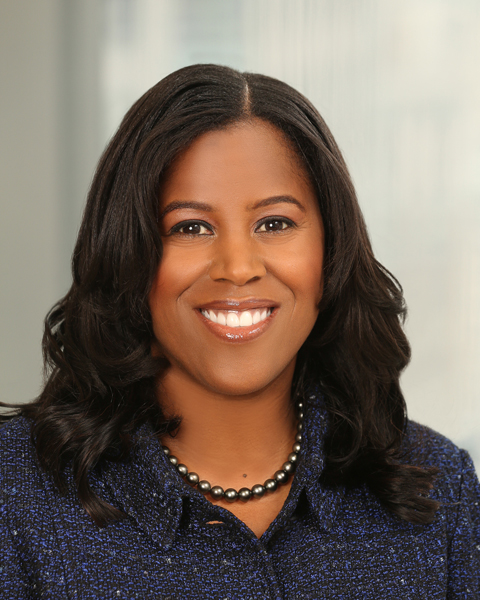 Thasunda Duckett began her career in financial services at Fannie Mae through the INROADS program for talented minority youth, eventually becoming the firm?s director of Emerging Markets where she led the implementation of national strategies to increase homeownership among African-Americans and Hispanics nationwide. She now is the chief executive officer of Chase Consumer Banking, overseeing a network with more than $684 billion in deposits and investments, 5,300 branches, 18,000 ATMs and more than 47,000 employees. Duckett also is a member of the Consumer and Community Banking Leadership Committee. She previously served as the CEO of Chase Auto Finance and National Retail Sales Executive for Chase Mortgage Banking.

Duckett attributes some of her professional success to her family who pushed her to take risks and taught her how to be confident. These are messages that she gladly shares with the next generation of executives. ?Be confident in who you are; don?t own someone else?s bias or negativity; and real success requires some sacrifice, but never sacrifice your health, your family or your character,? she advices young women at the beginning of their careers. Grounded in her parents? conviction that ?extraordinary things can be done with ordinary resources,? Duckett created the Otis and Rosie Brown Foundation to help underserved families in North Texas. The Foundation facilitates access to community resources and supports students? academic pursuits, among other activities. ?My passion is to inspire others,? she says.

A college sports enthusiast, Duckett is widely recognized as a leading executive in the financial industry. She was named as a ?Top 100 Leading Female Executive? by Automotive News and one of the most powerful women in banking by American Banker magazine. She holds a bachelor?s degree in finance and marketing from the University of Houston and earned an MBA from Baylor University.