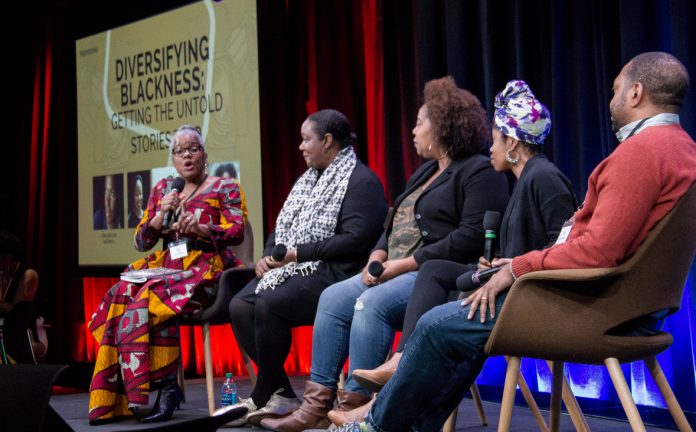 Taking place virtually through June 25, the 2020 summit will bring together public media industry leaders – including from PBS, ITVS, and POV – and Black content makers to discuss the ongoing issue of leveling the playing field for Black filmmakers, and, more urgently, the control and distribution of Black stories during the current COVID-19 pandemic, protests, and political uncertainty. The summit is free and open to the public, with donations welcomed. It begins with a town hall, titled “The Pandemic Pivot,” that explores how organizations and storytellers are adapting to accommodate content making during the pandemic.

In an interview with The Network Journal, BPM Executive Director Leslie Field-Cruz spoke about the work of the organization and its 2020 summit.

TNJ: What did Black Public Media set out to do when it was formed?

Field-Cruz: Our mission is to bring stories about the diverse Black experience to the public and we use film to do that work. We’re also invested in supporting Black content creators, and we’re connected to public media because we want to make sure those stories are accessible to the public.

TNJ: Did you think you would be able to hold the summit this year?

Field-Cruz: I met with my staff when the shutdown first started and said we’ll postpone it because we still really need to have a conversation about things like content distribution, inequities in the system and social justice content. I thought we would do it in the Fall, or wait until 2021. It became apparent we wouldn’t be able to safely do it anytime soon, but the pandemic was hitting independent film communities really hard. Then, with the events surrounding [the killing by white police officers of] Ahmad Aubery and George Floyd, we felt we had to have a conversation. We had to hold the summit.

Field-Cruz: The Corporation for Public Broadcasting has been our main funder pretty much from the get-go in 1979. We also have support from the Macarthur Foundation; the Ford Foundation which has funded us over the years, and family foundations of people who love what we do.

TNJ: What are two major wins for the organization over the past forty years?

Field-Cruz: As a Black-run nonprofit that works in film and media, it’s really important that we’ve survived for forty years. Some organizations are no longer here. Others have changed their focus considerably. We remain a nonprofit organization serving the development of Black story content and serving Black content creators and we remain open to voices that are tied to our stories. Another big win is how we’ve been able to shift and keep up with how content creators are telling their stories, and how audiences are consuming their stories. We launched our multimedia initiative years ago to explore opportunities available with virtual reality and augmented reality.

TNJ: Which BPM initiatives do you especially look forward to continuing?

Field-Cruz: We started a series of professional development sessions for some of our seasoned makers to help them understand how to create content for the digital platform. We’ve also created a fund for online content to ensure our stories exist on broadcast and online. Sometimes they’re created specifically for the online environment.

Field-Cruz: I am really hopeful. Dashuna Spencer, who spoke at our first summit, launched Kweli TV about two years ago and she has continued to press forward with that service. I believe she recently secured a deal with Comcast and they’re going to be picking it up on their OTP [open telecommunicaitons platform] platform. The opportunity is now to invest in these Black-owned streaming platforms.

TNJ: Have the events of the past weeks led to any new developments for BPM?

Field-Cruz: Netflix called us and said, ‘We really would like to support your work and what you’re doing,” because, with everything that was happening with Black Lives Matter, they made the decision that they really want to fund impactfully. They found us and we’re really excited.

TNJ: What topics will the 2020 summit discuss and who will attendees hear from?

Field-Cruz: We’ll be talking about how content distribution is impacted by the pandemic and how African-Americans factor into distribution of our stories and narratives; how they are being covered now, as well as how they’ll be covered in the future.

We’re going to focus on  the impact of the pandemic on some of our cultural institutions and the challenges they face while trying to serve their communities. Our Wednesday session is really focused on our distribution ecosystem. Maori Holmes, founder of Black Star Film Festival, will be speaking. Michelle Materre, who has worked in distribution for many years with her company, Creatively Speaking; author Yaba Blay; and Aymar Jean Christian, who has launched a streaming service called Open Television, will also be speaking about how Black content creators and distributors can use this moment to level the playing field.

TNJ: What else can attendees expect when they tune in?

‘Black Panther’ Redefined Superhero Movies. Can it Do the Same Thing...