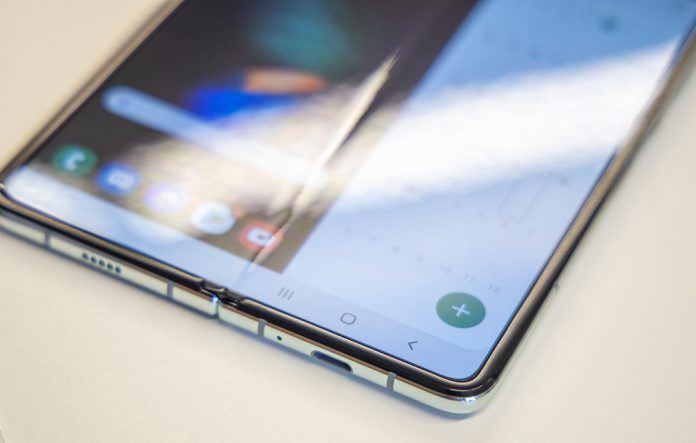 Every so often I hold a device in my hands and think, “This is the future.”

I felt that way about my original Blackberry pager, which allowed for instant live messaging between people or groups.

I had the same feeling about the original iPhone with its on-screen keyboard and apps.

And digital assistants like Siri and Alexa made me think that these were the first versions of a product or technology that I’m going to be using for the rest of my life.

This week I’ve been using the Samsung Galaxy Fold, and I found that people are intrigued by it — partly for the cool factor and partly because they know the first version failed and they want to see what the fuss is all about.

As the name implies, the Samsung Galaxy Fold is a smartphone with a glorious 7.3-inch folding Infinity Flex Display.

The unfolded Fold is a bit smaller than an iPad Mini, but you can flip it closed and stick it in your pocket.

What most people don’t realize is that the Fold is also designed to be used while it’s closed with a 4.6-inch screen on the cover.

Samsung announced the Fold in February. It was send to reviewers in April, but after only a few days, those reviewers started reporting issues that resulted in the phone being immediately recalled.

Now the Fold is back.

There are some small improvements that should help with durability.

Now the top layer of plastic is tucked under the screen bezel. There’s nothing to peel off.

There are some other new things like small caps on the top and bottom of the screen where it folds to help keep out dust.

This the first phone I’ve seen with a plastic screen, and Samsung gives users ample warning that they might damage it if they press too hard.

The screen assembly and hinge have also been strengthened,. Strong magnets help keep the two halves closed, which works well, although I did find that the phone sometimes picked up nearby small metal objects.

Let’s start with the screens. The 4.6-inch HD+ Super AMOLED cover screen has a resolution of 720 x 1,680 pixels for a pixel density of 399 pixels per inch. The cover screen can be set to “always on.”

The Qualcomm Snapdragon 855 CPU runs at a maximum speed of 2.84 GHz with 12 gigabytes of RAM and 512 megabytes of internal storage (no microSD slot).

The battery is actually made up of two cells (one on each side) for a combined 4,380 milliamp-hours.

I never came close to using it up in a day.

It fast-charges through the included USB-C cable or wirelessly.

The Fold can also wirelessly charge other compatible devices.

There is no headphone jack, and the Fold includes Samsung’s wireless Galaxy Buds with a wireless charging case.

My Fold also shipped with a thin plastic case that clips on each half.

The Fold has six cameras.

The cover camera is a single 10-megapixel camera with an 80-degree field of view and an f/2.2 aperture.

So what about that big screen?

I love using it.

When the big screen is off, you notice a slight crease at the fold, but when the screen is on, it really does disappear. I found it not to be an issue at all, but some people I showed the phone to said it was very visible to them and that was a deal-breaker.

The big screen is fantastic to use, and it really highlights the small size of the cover screen. The cover screen is nice to have but really too small for most anything but one-thumb typing on the very tiny onscreen keyboard.

There is a nifty new feature called App Continuity. If you’re looking at an app on the cover screen and you decide to open the big screen, the app will be open and ready for you to keep working.

Likewise, if you’re yworking on the big screen and you need to fold it, the app will automatically appear on the cover screen.

This is the first phone I’ve used that can have three apps open on the screen at once.

You can get it from Samsung, at Best Buy stores or from AT&T. There is only one configuration (12gb RAM, 512gb storage), and it comes in two colors, black or silver. There is a 5G version available in other countries, but in America we only get the LTE model.

To help justify the high price tag, Samsung is including Premier Service with every Fold.

Users will get access to a special Fold concierge who will help with setup questions and even help move your contacts, photos and apps from an older phone. The concierge can also demonstrate key features and tell you how to best care for the Fold.

Help is available via phone or video chat 24/7.

This phone is not for everyone. The price alone will ensure that.

The Samsung Galaxy Fold is for early adopters who have lots of discretionary income.

While I love the hardware, I don’t see myself spending that much on a phone. I paid $1,249 for the iPhone XS Max a year ago, and that made me uncomfortable.

But if you’re the person in your group who has to have the latest phone, you’ll get plenty of attention carrying a Fold.

It is a seriously advanced phone. I’m really glad it exists, and I think it’s the tip of the iceberg. You’ll see a many more folding phones from all manufacturers over the next year or two. I’ll likely be waiting for Samsung and the rest to release the next-generation folding phones that will offer more choices and most likely be cheaper.

Bottom line: It’s kind of like the Ferrari of phones. I can’t wait until I can afford one.

Skype vs. Google Video Conferencing: Which is the Better Choice?

Apple Doubles Down on Sapphire