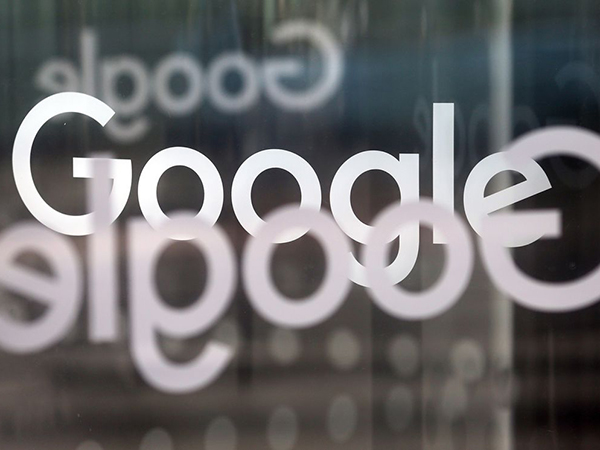 Google once had Barack Obama?s ear, served as a revolving door for White House staff and saw its political agenda advance. In Donald Trump?s Washington, some conservatives say it?s gotten so powerful it should be regulated like a public utility.

Google is not alone in a fall from grace. Tech companies ? including Facebook Inc. and Amazon.com Inc. ? that were previously lauded as innovators are facing increased scrutiny over their size, their hiring practices and whether online news feeds skew liberal.

?The mood in Washington, at least on the right side of the aisle, is more critical of companies like Google and Amazon,? said Fred Campbell, a former Republican FCC aide and director of Tech Knowledge, which promotes market-based policies.

The shift in tone comes as Congress and the Trump administration consider changing tax, energy and immigration policies important to Silicon Valley. A regulation that protects data flows is already slated for gutting by the Federal Communications Commission, and, in Congress, a law has been proposed that would bring internet companies under a privacy regulator. Another would increase legal liability for website operators as a way to combat online sex trafficking.

Meanwhile, tech?s made no secret of its distaste for Trump policies. Alphabet Inc.?s Google, Apple Inc. and Facebook issued critical statements after the president proposed a ban on transgender people in the military, stepped away from the Paris climate accords and issued a ban on travel from majority Muslim nations.

The Aug. 12 street violence in Charlottesville, Virginia, provoked another rift. After the president said ?both sides? shared blame for the fighting, Apple Chief Executive Officer Tim Cook told his staff he disagreed with Trump. So many executives, including Intel Corp.?s Chief Executive Officer Brian Krzanich, quit White House advisory councils last week in protest that Trump ended up disbanding them.

Amid the turmoil, Trump unloaded on Amazon, tweeting that the company is hurting other retailers, and causing shares in the online retailer to fall. ?Towns, cities and states throughout the U.S. are being hurt ? many jobs being lost!? Trump said in the tweet.

It was the latest conservative broadside on the technology companies over their size, influence and promotion of social policies on immigration, transgender rights and other matters.

Oregon Republican Representative Greg Walden, the chairman of the Energy and Commerce Committee, challenged tech and broadband executives to appear next month as his committee considers undoing the Obama-era net neutrality rules that Silicon Valley supports. In what could be interpreted as a snub, executives didn?t respond to the invitation by the deadline ? which has been extended.

?Republicans have always been fine with most of tech, because Republicans have usually defaulted pro-business,? said Bruce Mehlman, a Republican lobbyist and former Commerce Department official said in an interview. ?This is less about any one issue and more about the new populist wing of the Republican Party ? populism is suspicious of bigness, and the biggest companies now are tech.?

In this atmosphere, public-policy asteroids can strike suddenly and dent tech?s image in the capital. Google dismissed James Damore, an engineer who wrote about gender differences and said the company had a ?left bias? that silenced dissenters. Washington noticed.

?The mistreatment of conservatives and libertarians by tech monopolies is a civil rights issue,? Representative Dana Rohrabacher said in a tweet using the hashtag #googlememo. The California Republican is concerned tech giants may be excluding top talent for political reasons, said his spokesman, Ken Grubbs.

Trump adviser Kellyanne Conway tweeted an op-ed that Damore wrote in the Wall Street Journal about his firing, in which he called Google ?ideologically driven and intolerant of scientific debate and reasoned argument.?

Fox News?s Tucker Carlson said Damore?s dismissal showed Google couldn?t be trusted, for instance in ways its algorithms determine where to rank fake news when returning search results. ?Google should be regulated like the public utility it is, to make sure it doesn?t further distort the free flow of information to the rest of us,? Carlson said on his Aug. 14 show.

Others on the right are sounding similar themes. Dominant companies such as Facebook, Twitter Inc. and Google ?represent themselves as politically neutral while systematically promoting liberal views and limiting or even banning conservatives,? Phil Kerpen, head of the American Commitment policy group said in a memo urging congressional action that was obtained by Bloomberg News.

Kerpen advocated ?clear disclosure of how traffic is treated? and ?enforcement actions if they violate those representations,? according to his memo. Kerpen, a strategist who has worked for groups including the billionaire Koch brothers? Americans for Prosperity, didn?t return phone calls and emails.

Amazon has become a target at least in part because of its size. The company with about 70 percent of all e-book sales and 30 percent of all U.S. e-commerce drew criticism from Trump that had started on the campaign trail when Trump said in February 2016: ?Believe me, if I become president, do they have problems. They?re going to have such problems.? Trump?s also objected to coverage by the Washington Post, which is owned by Amazon?s Chief Executive Officer Jeff Bezos, for instance calling the newspaper ?FAKE NEWS? in a June tweet.

As Race Stands, Obama Within Reach of Second Term