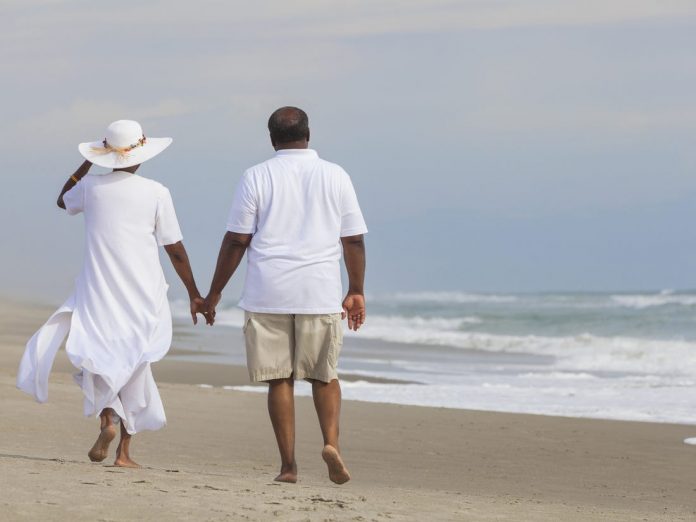 For those nearing retirement, taking the right planning steps is even more important, given the narrowing time frame to leaving the workforce. This current year brings forth planning opportunities to help you achieve your retirement goals that may not be available next year, because income tax rates could rise, especially given the amount of stimulus paid for the various COVID- 19 relief packages.

— Your 401(k)s and IRAs Have a Dark Side
One possible strategy to look at, given generally lower tax rates and recent changes to laws governing retirement plans, is converting your current pretax retirement accounts to a Roth.

The Tax Cuts and Jobs Act (TCJA), which was signed into law at the end of 2017, resulted in lower tax rates for most people. How can you take advantage of these lower rates? One way is by converting your pretax retirement accounts to a Roth IRA.

Roth IRAs are helpful for retirees because qualified withdrawals from them are tax-free, unlike with traditional IRAs. Since the funds contributed to traditional IRAs and other pretax retirement accounts have not been taxed yet, generally all funds withdrawn from them in retirement are subject to ordinary income taxes. This tax consequence could reduce a retiree’s spending power and deplete their savings amounts.

For example, let’s assume a retiree, Liz, age 65, needs $50,000 for living expenses from her pretax IRA, and — for simplicity’s sake — that is her only income for the year. In addition, she is single and uses the standard deduction. In 2020 her federal taxes would be about $$4,315, which would leave her with $45,685 after taxes. If she wants to net $50,000 after taxes, she would need to withdraw an additional $5,208, or a total withdrawal of $55,208. This example only reflects the federal tax impact, and the tax impact would be worse if she lived in a state with a substantial state income tax.

With these tax concerns, utilizing a Roth conversion could make a lot of sense, especially given the current lower tax rates. The conversion from a traditional IRA to a Roth IRA would result in an immediate tax liability, since any pretax amount converted will be included as income — but then regardless of how much a Roth account grows, withdrawals from these accounts are generally tax-free (especially if the Roth IRA was set up five years before withdrawals are made and the participant is over 591/2). So if, like in our previous example, an individual needed $50,000 for living expenses, he or she would only need to withdraw that amount, and nothing more to account for taxes.

Who are good candidates for a Roth conversion strategy?

Although Roth IRA conversions can benefit a broad range of people, they should be most strongly considered by the following individuals:

— Those who are in their 60s and are retired or nearing retirement.
— Those who have the funds (from a source other than the IRA or another pretax retirement account) to pay the taxes resulting from the conversion.
The earlier one can conduct a series of conversions, the longer they can “stretch out” the taxes incurred from them. And the more they can convert to a Roth over time, the better off they may be later on because drawing down their traditional IRAs will help them avoid the possible substantial tax impact from having to take large required minimum distributions (RMDs) in retirement. With RMDs now being pushed out to age 72 (under the SECURE Art), participants now have almost two more years to maximize benefits of a conversion strategy.

— Roth IRA Conversions are on Sale
The advantage of doing the conversion with the current tax rates is illustrated by the following example: Let’s assume a couple whose filing status is married filing jointly have current taxable income of $180,000, which would mean their highest tax rate under current tax law is 24%. If their taxable income were to increase to over $326,600, their top rate would jump considerably, by 8 percentage points, to a top rate of 32%. Another way to look at it is that this couple can increase their income by a little over $146,000 and still be in the 24% bracket. If this couple decide to convert $100,000 of their IRA account to a Roth IRA, their total taxable income would be $280,000, with their top tax rate remaining at 24%. Compare this to if the couple did this conversion in 2017 (under the previous tax law), their top tax rate would have been 33%, or 9 percentage points higher.

What about inherited IRAs?

Another reason for considering a Roth conversion is the negative change resulting from the SECURE Act in how inherited IRAs or retirement accounts are to be distributed. Under previous law, if an IRA owner passed away and they designated a non-spouse beneficiary to receive these accounts, even though the beneficiary was required to take taxable distributions, they could “stretch” these distributions over his or her life expectancy.

The SECURE Act changed this by requiring that beneficiaries who receive an inherited IRA from 2020 on to withdraw all the money from these accounts by Dec. 31 of the year that contains 10th anniversary of the original IRA participant’s date of death. This results in making an already tax-inefficient item even more inefficient by accelerating taxable withdrawals within a 10-year window. If a 40-year-old inherited an IRA, previously they would be able to take withdrawals over his or her life expectancy, which could be over 40 years. Under the new law, distributions are now accelerated to a 10-year time span. A Roth conversion will minimize the impact of that 10-year withdrawal rule for retirement plans, since tax-free withdrawals from an inherited Roth IRA will also extend to the participant’s children.

In response to the COVID-19 pandemic, the CARES Act was signed into law March of this year. One of the act’s major provisions was the suspension of RMDs for the 2020 tax year from certain retirement accounts (i.e., defined contribution plans and IRAs). This suspension allows IRA owners to avoid taking RMDs this year to help IRAs (or other retirement accounts) recover values lost due to the adverse market conditions caused by the current pandemic. This suspension of RMDs provides a unique opportunity to exercise a Roth conversion.

— Stay on Top of RMD Rule Changes for 2020
During years when RMDs are required, if you wanted to convert a portion of your IRA to a Roth, you must satisfy the RMD before amounts can be converted. The Roth conversion needs to be carefully planned since it results in a large withdrawal amount (the RMD and the additional amount to be converted) and significant income taxes since this additional income could potentially place an individual in a higher income tax bracket. This year though, since RMDs are suspended, an individual can immediately convert an amount to a Roth IRA without satisfying their RMD requirement. So let’s assume an individual’s normal annual RMD is $50,000. This year, because of the CARES Act suspension of RMDs, he can take what would normally be a required withdrawal of $50,000 and convert that amount to a Roth conversion.

How to get started on a Roth Conversion

If you want to determine whether a Roth conversion would be beneficial, the first step is to contact your wealth adviser. He or she can help you determine if doing a conversion is appropriate given your current financial situation and long-term goals.

How to Prepare for Retirement at Every Life Stage

Retire? Who me? America?s Aging Workforce

Q&A: How Women Can Build a Nest Egg