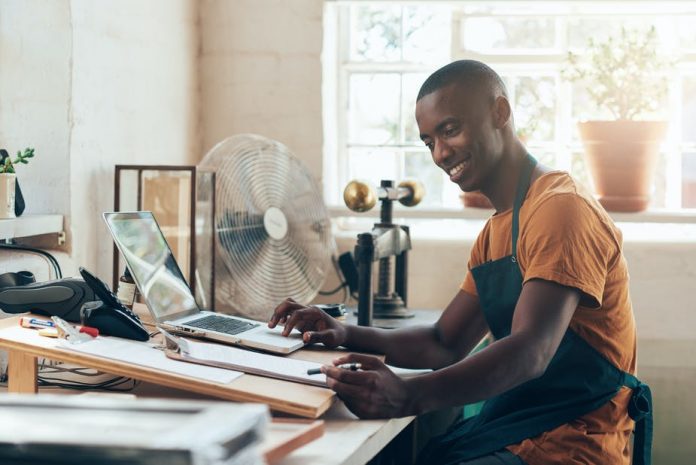 A new program, called Huntington Lift Local Business, will target entrepreneurs who have been hard hit by the pandemic by offering loans to small businesses owned by minorities, women and veterans.

What’s different about this program is that the loans may be very small, possibly $1,000 or $5,000 — the kind of loans that a big bank like Huntington would never have found economically feasible to make in the past.

But maybe it’s something that could enable someone who lost a job during the pandemic to start a small lawn care business, offer child care from home or other service.

“Most banks don’t make really small, what I would call microloans,” Stephen Steinour, Huntington’s chairman, president and CEO, said in an interview with the Free Press.

“We’ve never done anything like this, which is why it’s only $25 million.”

The objective here is to reach out to community groups, such as the Urban League or the NAACP, and religious communities to connect with potential borrowers who either are running a small business or want to start one.

Even during a time of economic uncertainty, he said, many people want to launch a new business. They’re willing to work hard, be innovative, and they don’t want to be victimized by an economic slump.

“We can do good at a period of stress for many of these businesses,” Steinour said. “If we can do this, I think we can really help neighborhoods.”

Steinour noted that the bank was willing to work with auto dealers when others were less willing to take on the risk during the auto downturn in 2009-10. The small business strategy, he said, is similar during the economic stress created by the pandemic.

“It’s a very uneven recovery,” Steinour said. “The cities can be doing well but not everyone participates.”

While the U.S. economy experienced a severe dip earlier in the year as a result of the COVID-19 health crisis, the economic rebound was significant in the summer.

“Things like a flairup of the virus — which we’re seeing right now — could slow down the economy,” he said.

The $25 million program will provide Small Business Administration guaranteed loans for as little as $1,000 and up to $150,000. In addition, the SBA fees would be paid by Huntington.

The program also will have no origination fees and offer flexible, longer-term repayment options.

Steinour said the bank will do some level of underwriting for the SBA for existing businesses and the bank will require a new business to take courses offered through Operation HOPE at no charge to learn what running a business is like.

Borrowers could be able to qualify for the loans even if their FICO credit scores are as low as 580 or higher.

Steinour said the bank will likely lose money on some of these loans but over time a business may grow, thrive and be able to take on a much bigger loan.

The average size SBA loan that Huntington made last year was $155,000.

Many economists and others have noted that minorities who run small businesses are at greater risk now, as restaurants, retailers and others struggle to regain their footing in 2020.

The number of active business owners in the United States plummeted by 3.3 million or 22% from February to April, according to the National Bureau of Economic Research.

“The drop in business owners was the largest on record, and losses were felt across nearly all industries and even for incorporated businesses,” the report noted.

The impact was even more significant for businesses owned by Black people, immigrants, other minorities and women.

“The negative early-stage impacts on minority- and immigrant-owned businesses, if prolonged, may be problematic for broader racial inequality because of the importance of minority businesses for local job creation (disproportionately for other minorities), economic advancement, and longer-term wealth inequality,” according to the report’s author Robert W. Fairlie, an economics professor at the University of California, Santa Cruz.

The Columbus, Ohio-based bank holding company has been rolling out a variety of programs that are pitched as ways to help consumers and small businesses work their way through the economic challenges ahead.

In early September, Huntington put a five-year, $5-billion plan on the table in Michigan that will target making investments, granting loans and engaging in philanthropic efforts to improve financial opportunities for Michigan businesses, consumers and communities.

Huntington also has introduced a 24-hour grace period for business customers, where commercial customers are given additional time to cover overdrafts on their checking accounts. The service copies one that’s already offered to consumers.

Small business owners who participate in the Huntington Lift Local Business program also will have access to checking accounts with 24-Hour Grace overdraft fee relief, and see the service fee waived for 36 months. The bank is offering unlimited checking for 36 months with no monthly service fee. Typically, the bank would charge a fee of $20 a month if a business doesn’t keep $10,000 in deposit balances.