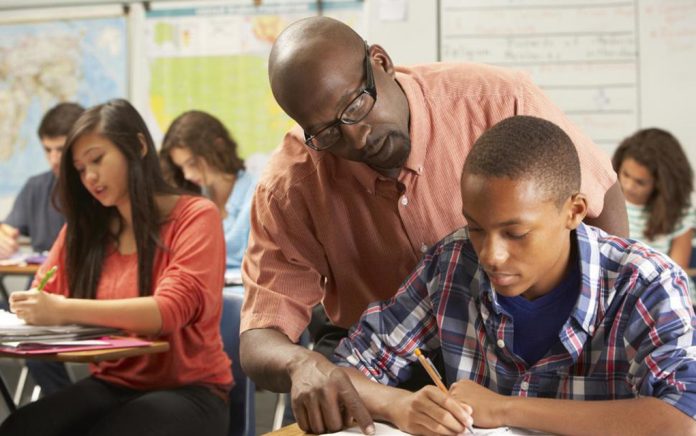 Race matters in the classroom, with black students who are exposed to a black teacher doing better in school, a new research report says.

The paper was published this week by the National Bureau of Economic Research, with authors from four universities — American University, the University of Connecticut Johns Hopkins University and the University of California, Davis — and the Urban Institute. They harnessed student data from a well-known research effort in Tennessee known as the STAR class-size experiment.

The new paper says “exposure to one black teacher can have a large impact, which is important since black teachers are scarce — and likely will be for some time.” More than 15 percent of students are black yet less than 7 percent of teachers are, the authors noted, adding that low teacher pay likely fuels the disproportion.

There was an even stronger effect when both race and gender correlated, yet male teachers, especially black male teachers, are relatively rare. It’s a tough public policy problem.

“Explicitly paying black teachers more than white teachers is likely a nonstarter for both practical and legal reasons,” the authors concluded. “In light of these difficulties, it is likely that, for the foreseeable future, most teachers of black students will be white females.”

Meet the History-Makers of the 116th Congress

What?s behind the downing of Flight MH17