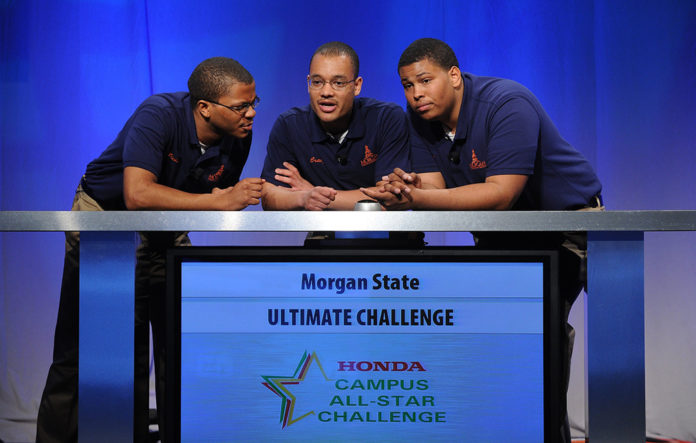 According to the Brookings Institution, HBCUs ?act as engines of upward mobility for black students in higher education.? Thurgood Marshall College Fund reports that ?against many odds, HBCUs historically have provided an affordable education to millions of students of color, graduation the majority of America?s African American teachers, doctors, judges, engineers and other scientific and technological professions.?

On April 10, top students from 48 of the nation?s HBCUs will have the chance to compete to win a total of more than $350,000 in institutional grants from Honda. The competition is compliments of the much anticipated annual Honda Campus All-Star Challenge (HCASC) National Championship Tournament.

The championship playoffs will be held on April 10 at the American Honda Motor Co., Inc. campus in Torrance, California.

This year marks the 29th year for HCASC and in that time, it has built a network of more than 125,000 HCASC alumni..In fact, the year-round event is considered the premier academic competition for HBCUs and offers community service, leadership, networking opportunities and mentorship. It includes campus engagement, qualifying tournaments and culminates with the National Championship held in California.

Launched in 1989, HCASC was conceived to highlight and recognize the academic achievements of HBCU students. More than $8.5 million in grants from Honda have provided support for scholarships, facility upgrades and other investments to improve the student experience

The fast-paced competition highlights students’ academic prowess and ability to answer questions about history, science, literature, religion, the arts and pop culture. As a result, students expand their scope of knowledge; learn teamwork and sportsmanship; and develop a bond with their fellow competitors. HCASC’s alumni group also supports students with networking and mentorship opportunities post-graduation.

“Honda congratulates the ‘Great 48,’ a group that represents some of the brightest HBCU students across the country,” said Steve Morikawa, vice president, Corporate Relations and Social Responsibility, American Honda Motor Co., Inc. “Beyond the impressive academic competition, Honda Campus All-Star Challenge has fostered a network of ‘friends for life’ that champions students as they pursue their professional dreams. We look forward to hosting an exciting HCASC National Championship Tournament in April.”