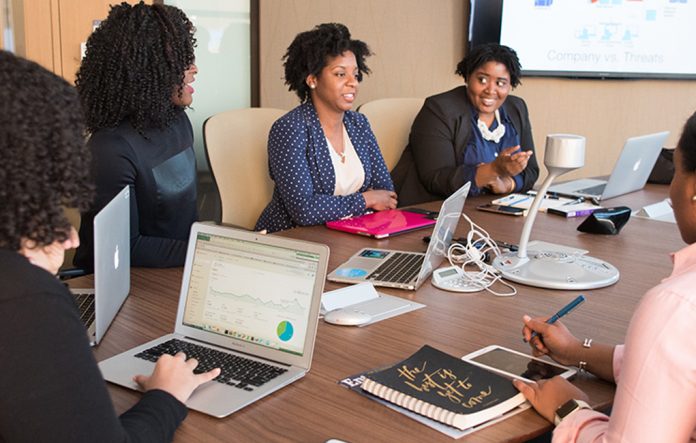 Welcome to the start of a new year at work, where unemployment remains low and employees — in theory — have leverage to call the shots.

Yet the state of the American workplace is less than ideal. Workers say they feel shortchanged, commutes are more stressful, burnout is real and more are planning to jump ship.

“Companies are having to get more creative because there’s so much demand for better pay and better benefits,” said Elizabeth Hang, a Minneapolis-based workplace expert at the staffing agency Robert Half International.

In the span of a decade, the labor market has swung from deep recession and layoffs where businesses called the shots, to what now is decidedly a candidate’s market.

More workers are scrutinizing their salary and benefits, and assessing their satisfaction, according to Robert Half, which bundled up a series of workplace surveys from the past year to provide a more comprehensive view into the psyche of today’s employees.

About three-quarters of workers nationwide say they’ve checked their salary against market rates, and about half of professionals feel underpaid.

The company’s research found that workers in the Twin Cities metro area present a mixed bag of workplace perceptions.

More than 60% feel they are paid fairly, the highest of all 28 cities polled. Yet a solid one-third say they aren’t earning their due.

Close to half (45%) of Twin Cities workers would be willing to move for a job that has better pay and perks, slightly more the national average.

Because businesses are eager to attract and retain good workers in a tight market, hiring managers are discovering that one size doesn’t fit all in a multigenerational workplace.

“It’s no longer just a salary,” Hang said. “People are looking at work-life balance, flexible work schedules and remote working. They want to know what are your benefits, what’s the time-off policy, what’s your environment and culture, who’s my leader. Everyone’s variables are different, which can make it tricky.”

The view is of a potentially antsy workplace, where four generations working side-by-side can create both conflict and opportunities.

Aging workers don’t want to move on, especially if they’ve got good health care benefits and enjoy the challenge and camaraderie of the workplace. Companies may or may not value their longevity and institutional memory in a rapidly changing world.

The Generation Xers, who now have moved into mid- and senior-level roles, are feeling squeezed between the much-larger cohorts of baby boomers and millennials.

Meanwhile, the oldest millennials will turn 39 this year. They’re driving toward their peak earning years and ready to take on top management roles.

And the true digital natives, Generation Z, are in their early- to mid-20s and ready to shake up the status quo. They have high expectations for diversity, training and workplace engagement.

Workplace burnout is garnering more serious attention with an “always-on” mind-set driven by technology. Nationwide, nearly all managers — 96% — believe their employees are experiencing some degree of burnout, according to the Robert Half surveys.

Twin Cities workers put the burner slightly above “5” on a 10-point scale, pinning the blame on constant interruptions and fires to put out. About a third of workers in the metro area say long commutes are adding to the stress, with an average journey of 40 minutes.

Workplace stress has become enough of a concern that the World Health Organization has redefined it among its international classifications of diseases. The organization is developing new guidelines on mental well-being in the workplace.

Both workers and managers share responsibility, but it can lead to what Hang called “regrettable turnover” if good employees leave.

Another vulnerability in the years ahead: a potential retention problem with Gen X employees (age 40 to 55).

As companies increasingly rely on Gen Xers without rewarding them with advancement, Gen Xers are getting frustrated, Stephanie Neal, director of the Center for Analytics and Behavioral Research at the global consulting firm DDI, argues in the Harvard Business Review.

Some 40% of Gen X leaders say they are contemplating leaving to advance their careers. Nearly one in five say this urge to depart has grown in the last year, levels much higher than baby boomers or millennials.

“While Gen X has been loyal up until now, this frustration is approaching a breaking point for Gen X leaders who have advanced to higher-level management roles,” Neal said.

It can happen with many longtime workers, who may not have the skills to ask for a raise.

In a tight labor market, companies hire people from the outside and pay them more because they’re competing against other employers, Robert Half’s Hang said.

“And then you’ve got this person who has been getting 2 to 4% increases for the last 10 or 20 years and they are not being paid what the market’s paying,” she said. “Sometimes, companies need to invest in their existing employees.”