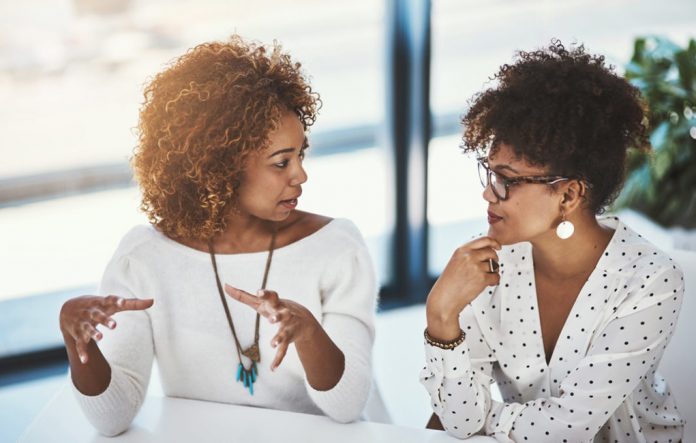 Long slighted by the venture capital industry, Black women entrepreneurs are beginning to attract the attention of a new breed of funders.

The number of Black-owned small businesses in the U.S. increased by a staggering 400 percent in 2018 from 2017. This comes as Blacks, with a collective spending power of $1.2 trillion, increasingly are supporting those businesses. Researchers who deep-dive into U.S. Census Bureau data to report on the state of businesses owned by women of color, including outfits like American Express OPEN, digitalundivided, the Institute of Women Policy Research, Guidant Financial and LendingClub, found that U.S. businesses owned by Black women numbered 2.4 million in 2018, or 20 percent of all women-owned businesses in the country and grew at an annual rate of 9 percent for 2017 to 2018 — the highest rate of growth among all firms in the period and matching their annual growth rate between 2007 and 2018. They found that, with 541 net new businesses launched per day, the highest number after the 659 created by non-minority women, Black women are the fastest-growing group of entrepreneurs in the country. Between 1997 and 2014 alone, the number of businesses created by Black women jumped 265 percent, out- pacing growth among all women-owned firms. As entrepreneurs, 39 percent are millennials and younger.

Add to this the fact that Black women are the most educated group in the U.S., showing the highest percentage of any group enrolled in college.

None of all this seems to impress the overwhelmingly white, male-dominated venture capital industry. According to digitalundivided’s ProjectDiane, a meager 0.2 percent of all venture capital funding went to startups founded by Black women in 2016; more than 50 percent of them received less than $100,000 in funding; and just 34 received more than a million dollars of funding in the last year.

ProjectDiane’s 2018 report — in collaboration with JPMorgan Chase, the Case Foundation, and the Ewing Marion Kauffman Foundation — puts the median funding raised by all Black women founders at $0. While a growing number of Black women are crossing the $1 million venture threshold, a majority of Black women-led startups do not raise any money, the report explains. Since 2009, it says, Black women-led startups have raised $289 million in venture/angel funding, with a significant portion of that raised in 2017. However, this represents .0006 percent of the $424.7 billion in total tech venture funding raised since 2009.

Like their male counterparts, Black women entrepreneurs often turn to personal savings, credit cards, and loans from friends and family — some even raid their 401(k) plans — to finance their businesses.

For its part, JPMorgan Chase has invested $500,000 in digitalundivided as part of the firm’s $150 million Small Business Forward initiative to invest in businesses owned by minorities, women, and veteran entrepreneurs. “Women of color are the fastest-growing segment of entrepreneurs. While some progress has been made, ProjectDiane underscores the economic opportunity left on the table when good ideas and small businesses led by women of color do not get the resources they deserve,” says Janis Bowdler, president of the JPMorgan Chase Foundation.

How Daniel Morgan Plans to Turn Morgan Bailey Coffee Into a...

Kofi Frimpong Introduces a New Type of Branding Through BrandSlip