Africa’s most industrialized economy escaped being downgraded to junk status last year. S&P Global Ratings and Fitch Ratings both rank the sovereign one level above junk, while Moody’s puts it two notches higher.

Moody’s, which put South Africa on negative watch in its latest review, is due to revisit that on April 7, followed by S&P at the beginning of June.

Gordhan, his deputy Mcebisi Jonas and Treasury director general Lungisa Fuzile will lead a team to London, Boston and New York that will include executives from the private sector and union officials, a Treasury statement said on Saturday.

The aim of the trip “is to provide an update on the most recent developments, engage constructively with investors and share government’s thinking behind its’ latest policy proposals,” it said.

The economy expanded by 0.3 percent in 2016 but still well below the government’s 5 percent target.

Investors are also concerned about rising political tensions in the ruling African National Congress, which is due to vote in December to elect a new party leader in place of President Jacob Zuma.

Prior to Gordhan’s budget speech last month, financial markets had been rattled by media reports that the minister — seen by investors as a guarantor of stability — might be moved from the Treasury in a cabinet reshuffle. Gordhan has said it was Zuma’s prerogative to fire him. 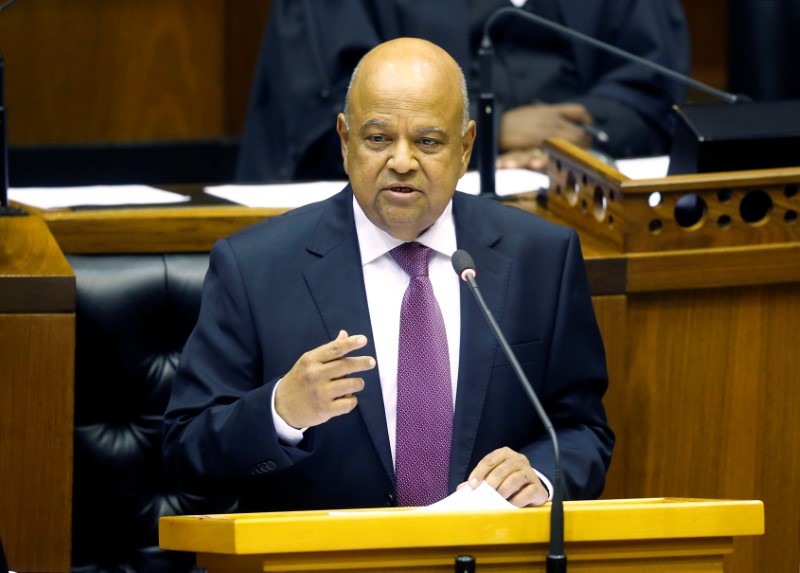