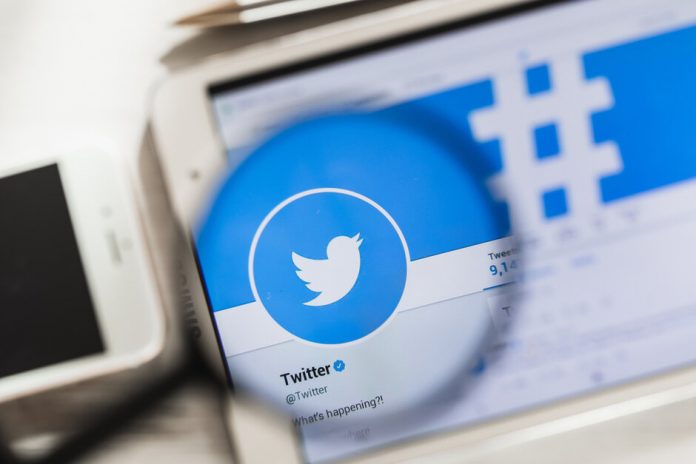 Social media is a great way to spot a sweet picture of your little niece getting a flu shot or your nephew scoring that big goal in hockey — especially as we try to embrace a new socially-distant lifestyle.

But the scammers know exactly where to find you during the fight against the spread of COVID-19.

Social media isn’t just for keeping up with family — or arguing about politics. You suddenly might be scrolling through Facebook one day and spot a way to track down a missing stimulus payment.

Or find a new love of your life. Or a job. Or a great deal on a pair of designer shoes.

And, you might lose plenty of money along the way.

Such complaints more than tripled in the past year, with a sharp increase in the second quarter of 2020, according to FTC data. Hot scams often involve online shopping, romance scams, and supposed economic relief or income opportunities.

A new way to complain

To better address complaints, the FTC has launched a new website — ReportFraud.ftc.gov — where consumers can report a scam whether they have lost money or not. As part of this new service, the consumer also receives some advice on what to do next when it comes to a particular problem. The site is also in Spanish at ReporteFraude.ftc.gov.

The spike in scams that start on social media is even a bit unsettling for consumer watchdogs.

People reported losing more than $117 million to this type of scam in just the first six months of 2020 compared to $134 million for all of 2019, according to the FTC’s latest Consumer Protection Data Spotlight.

“The sheer volume is a bit surprising,” said Emma Fletcher, program analyst and author of the FTC data spotlight report.

Scammers are typically quick on their toes to respond to current events, she said, such as the COVID-19 crisis. Scammers also are very savvy at using the latest technology — such as caller ID spoofing — to appear legitimate.

“But I have been surprised at how dramatic the increase in reports has been for social media and particularly online shopping,” Fletcher said.

“It’s surprising and concerning that they’re able to utilize social media so effectively.”

No, your friend can’t help you get a grant

One hot scam of late that often starts on Facebook or elsewhere involves messages that appear to be from friends suggesting that your friend knows how you can get grant money during the pandemic.

“The friend will say ‘I was able to get this money. Here’s the link. Check it out,’ ” Fletcher said in an interview.

The promise of grant money might look legitimate because it seems like it’s coming from a friend. But your friend’s account may have been hacked — or scammers may be pretending to be someone you know.

A friendly face on Facebook isn’t a guarantee that you’re not looking at a crook.

By hiding who they are, the FTC said, scammers can easily move into “a virtual community you trust, leading you to be more likely to trust them.”

If you fall for one of the grant-related scams, typically the scammers are going to ask for money up front to cover certain fees before you can get the grant.

The grant scam has been able to gain some traction because many consumers have heard about things like the stimulus checks and other programs that have been set up to help during the financial crunch related to the pandemic. Unfortunately, what the scammers are pitching on Facebook or elsewhere isn’t real.

How to protect your money when shopping during the holidays

As we move into the holiday season, consumers need to recognize that online shopping scams are likely to grow.

In the first and second quarters of 2020, the FTC received 43,391 complaints about undelivered online shopping orders. About one in four of those complaints indicated that the problem started on social media.

The scam: You pay to buy something; and you never see it.

If you spot an ad online, check it out elsewhere. Do some extra research to find out about complaints.

The FTC notes that you might not always recognize a scam by simply looking at the comments on a social media site.

Fletcher warns that the scammers can delete comments on their ads or posts, so that negative responses don’t show up.

Consumers should take time to check out the company by typing its name in a search engine with words like or “scam” or “complaint,” according to Jon Miller Steiger, director of the East Central Region for the FTC. The regional office, based in Cleveland, serves Ohio, Michigan, Pennsylvania, Virginia, West Virginia, Maryland, Delaware and the District of Columbia.

Steiger also recommends watching out for unfamiliar sites selling products that are in short supply or name brand goods at steep discounts.

And pay with a credit card, and contact your credit card company to dispute the charges if a seller doesn’t deliver your goods or they are not as promised.

“As far as social media scams go, we’re seeing a lot of reports from people who have purchased items after seeing a Facebook ad. This unfortunately happens a lot,” said Laura Blankenship, director of marketing for the Better Business Bureau Serving Eastern Michigan & the Upper Peninsula.

“Some Facebook ads impersonate well known websites, therefore, it’s best to visit the website in a separate browser rather than clicking on the ad,” Blankenship said.

The ads could also be a part of a phishing scam, she said, where the scammer wants you to click on a link so they can download malware to your account, gaining access to any personal information on your computer.

One fear tactic heats up in cold weather

Consumers are being warned that scammers once again are threatening to cut off your heat or other utility services in a matter of hours.

The crooks want you to pay up immediately by putting money on a gift card, prepaid debit card or via Bitcoin. And yes, they’re going to bully you just like you were back in middle school.

Some crooks ask for your Social Security Number or bank account information; some attempt to get past the front door into your home.

The Michigan Public Service Commission is warning: “Callers make it appear on caller ID that the call is coming from a utility, a deliberate falsification referred to as caller ID spoofing.”

If you’re tricked and end up providing bank account information to one of these impostors, you’re encouraged to contact your bank and your local police department.

Blackboard to be taken private in $1.64B deal