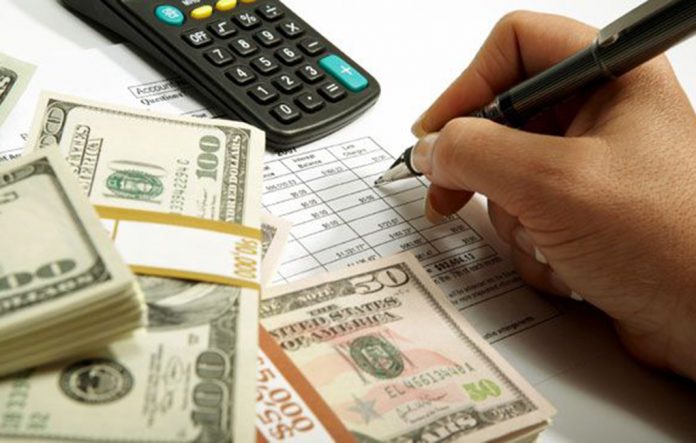 So many businesses are rushing to get loans through a special Small Business Administration coronavirus relief program that some banks are struggling to keep up.

“We got thousands of applications,” said Dan Fitzpatrick, president of Citizens Bank of Pennsylvania, which normally processed a few hundreds SBA loans a month.

“I have to applaud the government for moving swiftly with this program. This really helps,” said Amol R. Kohli, president of the Cherry Hill, N.J., restaurant development and management company AARK Enterprises.

Kohli said he doesn’t need the maximum $10 million loan allowed under PPP — only enough to keep key staff on payroll at 17 Friendly’s restaurants in Philadelphia, South Jersey, eastern Pennsylvania, and Florida during April and May — until he hopes he can re-establish sit-down service.

He had to close three mall stores entirely, but said most of his landlords have been willing “to work with us” until the PPP money arrives to keep 14 restaurants open with small crews providing takeout, typically at less than 20% of normal sales.

The loan, under PPP rules, will be “forgivable” — covered by U.S. taxpayers — if Kohli spends the money on worker pay and occupancy costs.

The new program required a new all-electronic system to speed the loans. Fitzpatrick said major lenders and the SBA had to build online systems in just one week. “The two page application is very straightforward,” Fitzpatrick said. “But they are also asking for pretty significant amounts of tax records. So we are getting some applications in with five electronic attachments. As you can imagine, keeping it organized is a big undertaking. And we need to get it right.”

ADP, Paychex and other automated payroll systems are expanding their own software to make it easier for small employers to collect PPP records, Fitzpatrick said.

Like many banks, Wilmington-based WSFS Bank is currently targeting PPP applications to its current business customers. WSFS reported “a high volume of applications” Monday from its largely Pennsylvania- and Delaware-based clients.

“We have lots of interest from small businesses we serve. They’re our first priority,” said Candice Caruso, director of government guaranteed lending at WSFS.

“We launched today and are actively entering applications as we receive them,” Caruso said Monday. “All of our customers are directed to our website and we have gotten loan confirmations,” she said.

Gus Drakopoulos is disappointed: The operator of the V-Lounge “gentleman’s club” near Philadelphia International Airport, Drakopoulos hoped for PPP money. But “the banks are taking the position that, because we are in the adult night club business, that we are not eligible for this loan,” he said. (Banks are taking a similar stance against backing marijuana-related businesses, a lender said.)

Drakopoulos said PPP lenders are relying on a 1990s-era SBA exclusion for “businesses that are of prurient sexual nature.”

Those are “old rules,” and shouldn’t apply to his 35 employees, who had hoped to expand into the next-door Sin City club this month. “Donald Trump said this is a relief package especially for the hospitality industry,” Drakopoulos said. “My employers are bartenders, waitresses, waiters, bar-backs, line cooks, busboys, managers, assistant managers.”

He has no plans to have taxpayers compensate dancers: Performers at the club are “independent contractors,” he said.

His lawyer, Bradley J. Shafer, of Lansing, Mich., has produced a letter citing Supreme Court decisions defining “prurient” as “shameful or morbid” and “unhealthy,” which Drakopoulos says doesn’t apply to his club. “We serve chicken wings, salmon, burgers,” Drakopoulos said. “We were set to expand on April 22 to the new place. But this epidemic is setting everything backwards.”

Wells Fargo opened — and swiftly closed — its own online portal for Small Business Administration loans, saying the giant bank maxed out at its target of $10 billion in commitments already.

Some bank websites are either crashing due to high demand or aren’t yet functioning.

A weekend survey of Businesses for Responsible Tax Reform’s small business network found that most respondents tried to apply for a Paycheck Protection Program loan Friday, the day the program went live. But the majority were not able to submit an application because lenders were waiting for further program guidance from the federal government and were unprepared.

Grant Geiger, founder of EIR Healthcare in Center City, applied for a PPP loan on Friday with Wells Fargo. “We have a local banker, he was open to communication,” he said. “But he had no idea what to do with our application. I don’t really blame Wells, they’ve tried their best.”

EIR submitted an indication of interest for the roughly $100,000 loan to cover payroll, but not a formal application yet. EIR’s revenues were on track for $6 million this year, and it has seven employees in Philadelphia.

“They said they’d get back to us in a few days,” Geiger said.

Kamala Harris Makes History Many Times Over as Vice President-Elect