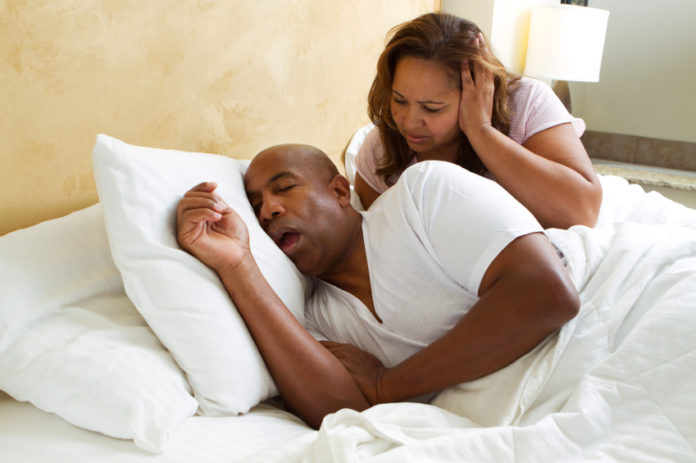 It kept his family up at night. It woke up the neighbors if the windows were open. It once disturbed a gymnasium full of sleeping rescue volunteers, forcing Tarro to move to a private area to sleep during the night.

?My daughter, at the age of 3, thought there was a lion in the house,? said Tarro, 55, of suburban Minneapolis, describing the high-decibel effects of his severe obstructive sleep apnea. At the time, neither Tarro nor his family fully appreciated the negative health consequences for his brain and heart from episodes of oxygen deprivation at night caused by the apnea.

Today, Tarro says his snore is almost gone. But he had to undergo surgery to get there, including implantation of a pacemaker-like device developed in Minnesota, plus two skinny wires that run under the skin to monitor his breathing and deliver a mild electric current at night. He also had to first try out the cheaper and less-invasive option of an external continuous positive airway pressure, or CPAP, machine.

The medical device Tarro eventually had implanted is called the Inspire obstructive sleep apnea device, sold by Inspire Medical Systems. The company, based outside the Twin Cities, was founded nine years ago on technology spun out of Medtronic, which remains a key investor and also does Inspire?s manufacturing.

?Medtronic has so many good ideas that they simply cannot fund every idea,? said Inspire CEO Tim Herbert, who worked more than a decade at Medtronic before leaving to run Inspire Medical.

Tarro was the second patient at the Minneapolis Veterans Medical Center to be implanted with the device last year. But nationally, Inspire Medical hit a major milestone in November with the implant of its 1,000th patient. The company also announced the appointment of Carlson Holdings co-CEO Marilyn Carlson Nelson to its board of directors.

Inspire?s implantable device for obstructive sleep apnea is similar to a cardiac pacemaker, except that it delivers current to the end of a motor nerve under the tongue called the hypoglossal nerve, rather than to the heart. The Inspire?s voltage is regularly adjusted by the patient to fit his or her daily needs, and it is switched on with a handheld bedside remote that has large buttons so it can be usable at night.

Obstructive sleep apnea happens when breathing is blocked many times per night by tissues collapsing and blocking the upper airway. The lack of oxygen wakes up the patient just long enough to take a gasping breath, and then the cycle begins again. It can happen dozens of times per night, leading to lower blood-oxygen levels at night and daytime fatigue even when the snorer has spent enough time in bed.

The Inspire system monitors the patient?s breathing during sleep. Based on these breathing patterns, it delivers mild stimulation to key airway muscles and gently moves the tongue and other soft tissues out of the airway, thereby opening the airway during sleep, the company says. Severe snoring doesn?t cause apnea, but treating obstructive sleep apnea treats snoring because both are caused by blockages in the upper airway.

In 2014, the Food and Drug Administration approved Inspire?s upper airway therapy for patients with obstructive sleep apnea who are unable to use CPAP therapy, which is cheaper but does not work for everyone.

Five-year outcomes data from the Inspire device will be released next year. The three-year data show a significant reduction in oxygen-desaturation events per hour of sleep, from a median of 25.4 events before the device, to 4.8 after using it for 36 months, based on data from 98 patients.

But it takes both science and money to launch a new medical device therapy. This month Inspire announced its Series F financing round of $37.5 million, led by new investor Amzak Health. The sixth-round financing from 10 funders, including Medtronic and its competitor Johnson & Johnson, is coming to Inspire in two rounds.
?We believe that we can get to cash-flow break-even with this financing,? Herbert said. ?Maybe we will do another financing round. But I think if we can work on the reimbursement over the next year and a half ? this company may be in a very good position to do an IPO,? or initial public offering of stock.

Getting insurance companies to pay for a new therapy can require as much gumption as inventing and testing the device in the first place. Herbert declined to release the price that hospitals are asked to pay for the device, but he said the all-in cost of the procedure including the physicians? time and the hospital stay typically runs about $30,000.

So far about 140 insurers have covered the device, typically after an appeal. Smaller insurers like Preferred One in Minnesota have formal coverage policies, but Inspire is still working toward policies with big payers like UnitedHealthcare and Blue Cross Blue Shield of Minnesota.

?We have over a thousand cases. So we can demonstrate that insurance companies are willing to pay for it? on a case-by-case basis, Herbert said.

“Where You Are is Not Who You Are”

Shedding Light on the 5:2 Diet: Does It Really Work?

Good News for Diabetics: The End of Days for Finger Pricking