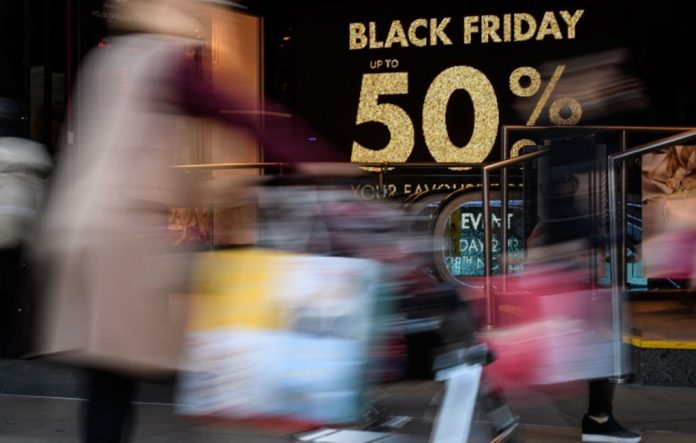 Shoppers did more online shopping than ever this weekend, a new report shows, even as retailers blare their trumpets for Cyber Monday sales.

The survey of 80 of the top 100 U.S. online retailers also found that mobile phone purchases drew a record $2.9 billion in sales.

About 20% of consumers’ holiday budget will be spent in the five days between Thanksgiving and Cyber Monday, according to the National Retail Federation, which forecasts an increase in overall spending between 4% and 5% over last year.

E-commerce sales have been growing by double digits nationally as well as in Minnesota. Adobe expects another bump of 14% this year. The research firm predicts Monday’s sales event will draw a record $9.4 billion.

Target Corp., announced last week that it would get a jump on Cyber Monday sales, starting them on Sunday. The Minneapolis-based retailer said that 1 million more shoppers used the Target app to shop Black Friday deals compared to last year.

While shopping is shifting online, surveys show that most consumers also plan to visit brick-and-mortar stores. The Mall of America said a record 3,000 people gathered before doors opened Friday at 5 a.m. at mall in Bloomington.

“The fundamentals of retail are price, product and convenience. Those fundamentals don’t really change,” said Michael Sansone, a Minneapolis-based retail consultant at A.T. Kearney. “If look at the retail losers, they’re on one or two. Winners are hitting on all three.”

In the battle for clicks, Target and Walmart saw a bigger percentage increased in online activity during the first two weeks of November compared to last year at this time, according to an analysis of 1.2 million online transactions by Edison Trends.