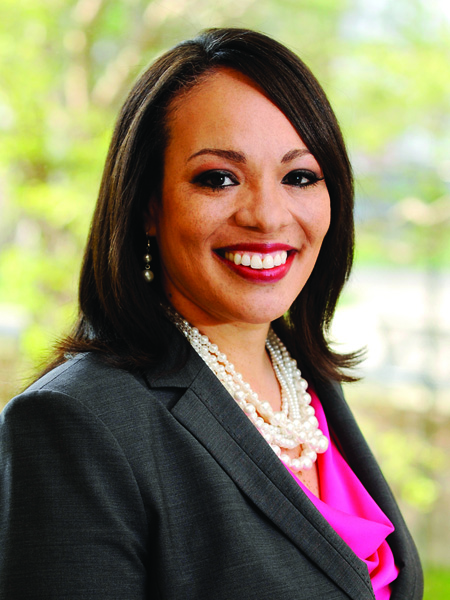 It takes a village, but also an impassioned school superintendent like Sharon L. Contreras to raise a child. ?I became an educator because of my seventh grade English teacher, Mrs. Doris Hargrove, who instilled in me a love of literature and who recited Langston Hughes? ?Dreams? for me while holding my face in her hands,? Contreras says. She also acknowledges the influence of former superintendents Ronald Epps, Ph.D., and Barbara Pulliam, Ph.D.

Contreras, who suffers from severe hearing loss, allowed no obstacles ?- physical or otherwise ? to derail her pursuit. She started out in Rockford, Illinois, working tirelessly to implement a federal court order to desegregate Rockford Public Schools. She next served school districts in Georgia and Rhode Island, improving graduation rates at the latter by implementing the Providence Pathways initiative that gives high school students greater access to career and technical education programs. ?Effectively disrupting the destructive school-to-prison pipeline and protecting every student?s civil right to attend public school has been my greatest professional challenge as well as my most rewarding accomplishment,? Contreras explains.

Contreras received bachelor?s and master?s degrees in English literature, and a master?s in teaching at Binghamton University, a master?s in educational administration from the University of Wisconsin Madison, and expects to earn a Ph.D. in educational leadership and policy studies at Wisconsin in May. She was named superintendent of the Syracuse City School District in 2011, becoming its first female superintendent and the first woman of color in the history of New York state to serve as superintendent of one of the Big 5 districts. In this role, Contreras has made notable strides, not the least of which is securing a $31.5 million grant, the largest in the district?s history, to support underperforming schools. Through her unwavering leadership, Contreras continues to show and prove that inspired dreams really do come true.