LONDON (Reuters) – AstraZeneca’s experimental injection for severe asthma cut substantially the need for patients to take problematic oral steroids drugs in a late-stage study, boosting hopes for a medicine that is expected to reach the market later this year.

Benralizumab will compete with GlaxoSmithKline’s Nucala and Teva’s Cinqair – two other new antibody drugs for severe asthma – but AstraZeneca believes its product’s potency and convenient dosing could give it an edge.

While most investor focus is on AstraZeneca’s cancer research, particularly the immunotherapy drug durvalumab, the company also has a long history in respiratory therapy that it plans to build on with benralizumab.

Data from the 28-week Phase III clinical trial presented at the American Thoracic Society on Monday showed the median reduction in oral steroid dose was 75 percent for patients on benralizumab.

Overall, patients treated with benralizumab were more than four times as likely to cut steroid use than those on placebo and there was also a 70 percent reduction in the rate of serious asthma attacks, known as exacerbations.

However, around 20 percent of benralizumab patients did not have a reduction in oral steroid use, for reasons that researchers said were unclear.

Tom Keith-Roach, head of AstraZeneca’s respiratory, inflammation and autoimmune business, said the results were good news for the sickest patients, who currently rely on oral steroids that cause weight gain, mood changes and other side effects.

AstraZeneca has previously flagged benralizumab as a potential $2 billion-a-year seller – a prediction made at the time of Pfizer’s unsuccessful attempt to acquire the British company in 2014.

Industry analysts are more cautious, with consensus forecasts pointing to annual sales of $915 million in 2023, according to data compiled by Thomson Reuters.

In addition to competition from GSK and Teva, benralizumab also faces a potentially serious challenge from Sanofi and Regeneron, whose drug dupilumab is being tested for severe asthma after winning a green light in eczema.

Benralizumab works by directly killing off inflammatory cells found in the lungs called eosinophils and, unlike the two existing drugs, it is given only every eight weeks rather than monthly.

“There are around 2 million severe uncontrolled asthmatics worldwide in our top 12 markets and I certainly think based on this profile we would expect to have a really competitive share of that market,” Keith-Roach said.

Data from the latest trial, along with results from two earlier studies, were included in regulatory submissions for benralizumab in various countries, including the United States, where an approval decision is due in the fourth quarter.

The full results of the steroid-sparing study were also published in the New England Journal of Medicine. 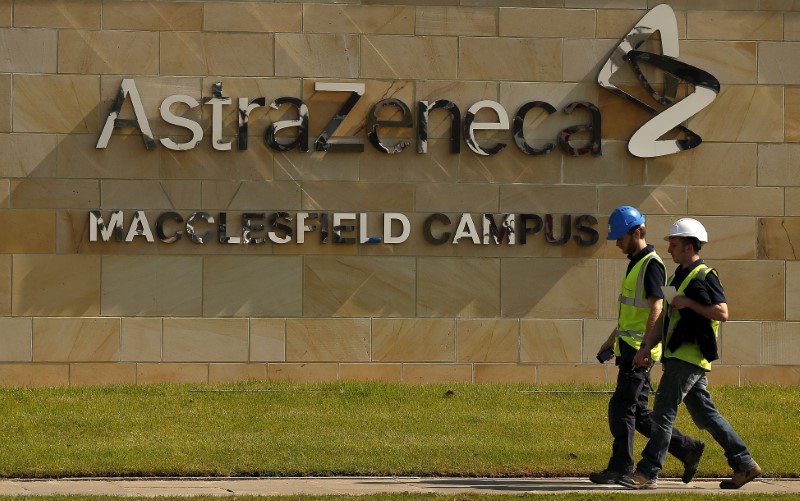