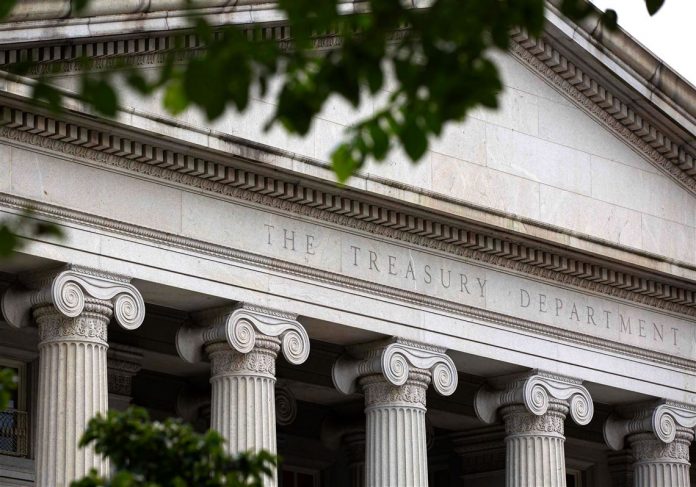 The Treasury Department and the Small Business Administration released a simplified forgiveness application for Paycheck Protection Program loans under $50,000.

The simplified form released late Thursday cuts the application’s size down from five pages to two, and removes most of the questions aimed at ensuring that the loans were used for the program’s intended purposes of supporting payrolls and covering other fixed costs.

The PPP was established as part of the $2 trillion economic rescue package enacted in March to speed loans to small businesses hurt by the coronavirus pandemic. The program relied on banks and other financial institutions to process and fund the loans, using a simplified SBA application form that skipped the usual due diligence lenders perform before lending.

The PPP instead delayed most of the paperwork until the forgiveness application, ensuring that the money got out quickly to the small businesses that needed it, but still making sure borrowers weren’t cheating the system. But small business groups and lenders complained that detailing how the emergency funds were spent would distract the smallest entrepreneurs from running their businesses or force them to hire accountants they can’t afford.

Thursday’s announcement was met with mixed reviews from lenders, who say more should be done to cut down the program’s paperwork for smaller borrowers.

“While we appreciate SBA and Treasury attempting to streamline the forgiveness process, it is apparent Congressional action is needed for the true streamlined forgiveness mom-and-pop businesses need,” Consumer Bankers Association CEO Richard Hunt said in a statement. “This newest process still requires a significant investment of time and resources from small business owners — resources which could be better spent paying their employees and supporting local economies.”

The CBA supports a bipartisan bill from Sens. Kevin Cramer, R-N.D., Bob Menendez, D-N.J., Thom Tillis, R-N.C., and Kyrsten Sinema, D-Ariz., that would replace the forgiveness applications for loans under $150,000 with a single attestation from the borrower that the funds were used properly.

FiscalNote, parent company of CQ Roll Call, has received a loan under the Paycheck Protection Program.

10 Important Forecasts That Will Shape Your World in 2016