By Reem Shamseddine and Marwa Rashad

JEDDAH, Saudi Arabia/RIYADH (Reuters) – Saudi Arabia’s government has cut the income tax paid by national oil giant Saudi Aramco to smooth the company’s initial public offer of shares next year, which is expected to be the world’s largest equity sale.

A royal decree on Monday, retroactive to Jan. 1, set a tax rate of 50 percent for the firm. Previously, Aramco had paid 85 percent tax, plus a 20 percent royalty levied at a different stage; the decree did not mention the royalty.

The step appeared likely to reduce Aramco’s tax burden by as much as tens of billions of dollars, which could make the firm much more attractive to private investors. Saudi authorities had been considering such a change for months, sources told Reuters.

“The royal order is a milestone in setting the stage for the world’s biggest IPO. I am sure there will be more such moves to follow in coming weeks and months,” an oil industry executive said.

“It shows the Saudi government is serious about the IPO of Saudi Aramco, and this is a very strong message to those who doubted that the government will follow through on taking Aramco public.”

The government aims to sell up to 5 percent of Aramco, listing the shares in Riyadh and at least one foreign exchange, to raise cash for investment in new industries, as the kingdom seeks to diversify its economy beyond oil exports in an era of cheap crude.

Saudi officials have predicted the IPO will value the company at $2 trillion or more. Many private analysts have been skeptical, making estimates below $1 trillion, but a 50 percent tax rate could bring the offer closer to $2 trillion.

?This move carries strategic benefits for Saudi Arabia, its citizens and future generations,? Finance Minister Mohammed al-Jadaan said in a statement about the tax cut.

The government, which is struggling to close a budget deficit due to cheap oil that totaled $79 billion last year, obtains over 60 percent of its income from oil, so the tax change could affect its finances.

However, analysts said the measure might not have a big impact since tax revenue was expected to be replaced by dividend payments from Aramco. The firm has not revealed its post-IPO dividend policy.

?Any tax revenue reductions applicable to hydrocarbon producers operating in the kingdom are replaced by stable dividend payments by government-owned companies, and other sources of revenue including profits resulting from investments,? Jadaan said.

He said in a later statement to Reuters that the 2017 state budget had been prepared with the tax change in mind, so government revenues and public services would not be affected.

Industry executives have said the IPO will help Aramco, one of the country’s most efficient state enterprises, expand its business in line with market principles and form partnerships with private-sector companies around the world.

Aramco chief executive Amin Nasser said in a statement that the tax cut would help Aramco develop by bringing the company in line with international benchmarks. 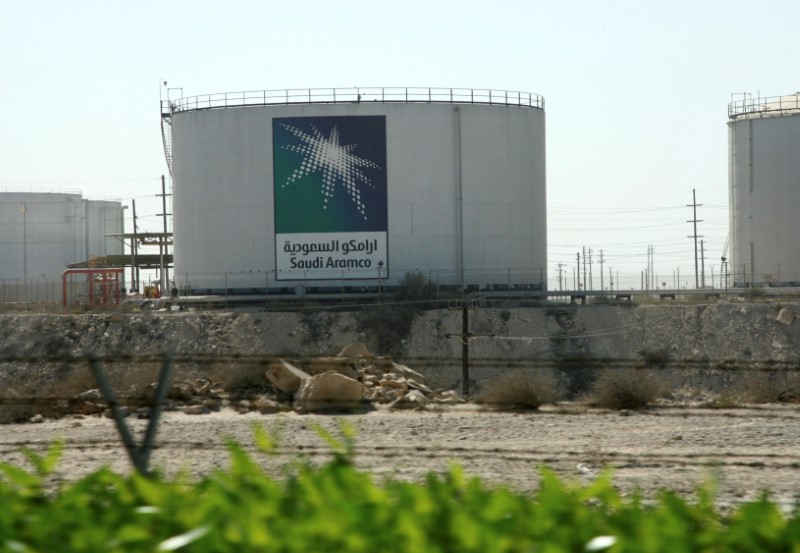