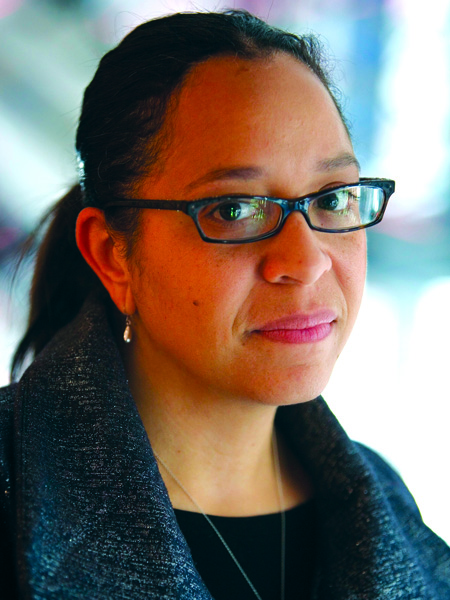 Sandra Jackson-Dumont is excited about her role as the Frederick P. and Sandra P. Rose Chairman of Education at The Metropolitan Museum of Art, the largest museum in the Western Hemisphere. ?I am honored to be named chairman of education at this critical moment of innovation, creativity and experimentation at the MET. I could not be more excited to collaborate with the MET?s team of exceptional thinkers to curate experiences that engage people across sectors and diverse communities,? she says of the position she acquired last May.

Previously, Jackson-Dumont was the Kayla Skinner deputy director for Education and Public Programs and adjunct curator of the Modern & Contemporary Art Department at the Seattle Art Museum, with programming oversight at the? museum?s three locations ? Seattle Art Museum, Seattle Asian Art Museum and Olympic Sculpture Park. She also spent part of her career at the Studio Museum in Harlem, the Whitney Museum of American Art, New York University, Rhode Island School of Design and the University of Washington.

Jackson-Dumont holds a bachelor?s degree in art history from Sonoma State University, and a master?s in art history from Howard University. Her career is grounded in her belief that ?the arts are central to healthy communities.? Known for her ability to blur the lines between academia, popular culture and nontraditional art-going communities, Jackson-Dumont is the recipient of numerous honors, including the 2013 Creative Leadership Award from the Paul G. Allen Family Foundation, which recognizes innovative nonprofit organizations and individuals in the Pacific Northwest. ?I am proud of these acknowledgements because they reflect the hard work of those that shaped me, and they illustrate my interest in sharing my time, talents and treasures,? she says.

In 2014, Seattle?s mayor acknowledged her contributions to the cultural, civic and community landscape by issuing a proclamation naming an official ?Sandra Jackson-Dumont Day.?