Home News Business Rent Control is Making a Comeback. But is that a Good Idea? 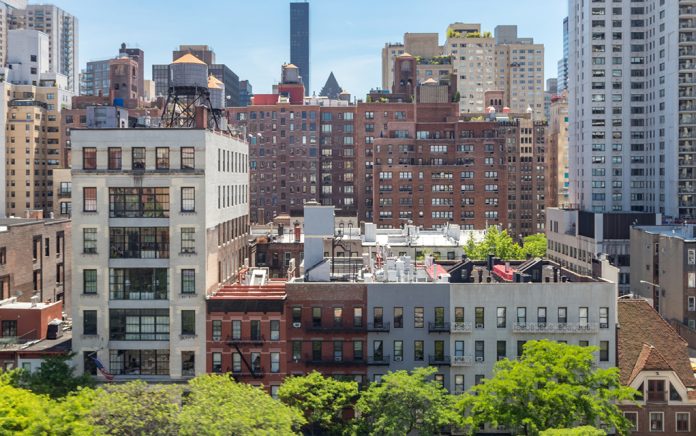 After decades of being dismissed by economists as a has-been, rent control is making a comeback.

It’s a high-stakes resurgence, fueled by a rapidly worsening housing crisis — but it faces strong opposition from the real estate industry.

The issue also is attracting attention in statehouses. Lawmakers in Hawaii, Illinois, Minnesota, New Jersey and Washington state have considered rent control bills in the last two years. Some of the measures would overturn existing bans on rent control; others, as in Hawaii, would establish rent control in the state or expand existing laws.

In New York state, where rent regulation laws are set to expire next year, legislators are considering a flurry of bills to strengthen those laws, which are a complex mix of rent control and rent stabilization.

“Under the current system, landlords can revoke preferential rent upon lease renewal, putting families at risk of losing their homes,” Ginsburg said.

But rent control supporters also have suffered some setbacks, none more significant than the failure earlier this month of a California ballot initiative.

Proposition 10 would have overturned a 1995 law that blocks California cities and counties from imposing rent control on single-family homes and apartments built after that year. Opponents raised nearly $80 million to defeat the measure, the Los Angeles Times reported, arguing that it would worsen the state’s housing shortage and hurt the investments of single-family homeowners.

Much of that money came from national real estate investors with extensive holdings in California who feared that the measure might spur similar efforts in other states. Supporters raised nearly $25 million.

“I’m very happy,” said Steven Maviglio, spokesman for No on Prop 10, Californians for Responsible Housing, the opposition campaign. “It was a lopsided policy that would’ve resulted in a loss of affordable housing units and a freeze on new construction.”

Homes and apartments would’ve been taken off the market with rent control, he said.

“That said, this issue isn’t going away,” Maviglio said. “All parties understand that. We’re going to work closely with the new governor on policies that work.”

Mark Willis, senior policy fellow with New York University’s Furman Center for Real Estate and Urban Policy, said, “It’s striking how much (rent control) has risen to the fore. It’s become very political. But California’s an indication that it’s not a slam dunk.”

Supporters argue rent control is the quickest and easiest way to provide relief to renters in danger of being priced out of their homes. But critics say it just makes the problem worse, by causing renters to hold fast to large apartments they may no longer need and by pushing many landlords out of the rental housing business.

Willis said that more localities may look to rent control in the near future, partly because it is a way for cities to address their affordable housing woes without spending taxpayer money. But he noted that many states have laws preventing cities from enacting rent regulations.

Rent control fell out of favor in the 1970s and 1980s, as urban populations waned and apartments lay vacant. Under pressure from real estate interests, more than half of all states outlawed rent control.

As noted by the Chicago Reader earlier this year, many of the laws echoed language in a model law crafted by the American Legislative Exchange Council (ALEC), a conservative advocacy group.

But as more people have flocked to urban cores where jobs, transit and good restaurants are abundant, the available housing stock has shrunk, and rents have skyrocketed.

Nearly half of renters fit the federal definition of “cost burdened,” which means they spend at least 30 percent of their income on housing and “may have difficulty affording necessities such as food, clothing, transportation, and medical care,” according to a 2017 report by the Harvard Joint Center for Housing Studies.

A January study by the Stanford Graduate School of Business found that rent control creates both winners and losers — even among renters. Longtime renters who have been living in rent-controlled units benefit greatly from rent control, while newcomers end up paying higher rents because the supply of available units is constricted.

“There’s definitely a housing crisis. Everyone agrees on that,” said Alexandra Alvarado, director of marketing and education at the American Apartment Owners Association, a national advocacy group. “But we don’t agree on how to remedy that. We think that rent control is just not the way to go about it. Landlords are worried about shorting the housing supply.”

Rent-stabilized apartments turn over less frequently, said Howard Husock, vice president for research and publications at the Manhattan Institute, a libertarian-leaning think tank. In New York, where rent stabilization laws have been on the books for decades, there are older people who live in rent-stabilized apartments who have no incentive to leave, he said.

“As a result, you’ve got a lot of young people in New York City doubled and tripled up,” Husock said. “And you’ve got affluent old people living in large (rent-stabilized) apartments with empty bedrooms where their kids once lived.”

“You need a comprehensive and balanced plan if you’re even going to begin to address the difficulty of finding affordable housing,” Willis said.

In the past year, housing activists in Denver, Minneapolis, Nashville, Providence and Seattle have pushed city officials to enact rent control, staging rallies and crowding town halls. But most cities are constrained by the state laws that prohibit or greatly restrict rent regulation.

“It’s a protracted fight,” said Shanti Singh, communications and development coordinator for Tenants Together, a San Francisco-based tenants’ rights group, which backed Proposition 10 in California. “Even if you can’t get rent control on the ballot one year — doesn’t mean you won’t get it on the ballot the next year.”

After the housing bubble burst in 2008, the housing crisis in California accelerated and housing advocates started pushing for rent control measures at the local level, she said.

Richmond, Calif., was the first in the state to act in this new era, Singh said, passing a local rent control law in 2016. Once that happened, Singh said, “it opened up the floodgates.” Meanwhile in Mountain View, Calif., a landlord-backed effort to repeal the city’s 2016 rent control law failed this summer.

On the other side of the country, weeks of rallies spurred the village board in Ossining, N.Y., to approve rent stabilization in September, joining 19 other municipalities in Westchester County. The county will set annual rent increases for certain buildings in the village.

What Inflation Could Mean for Your Money in the Months Ahead

The Importance of Building Your Brand as an Entrepreneur

5 Money Tips Before You Make a Major Career Change

Rocky start for new global board