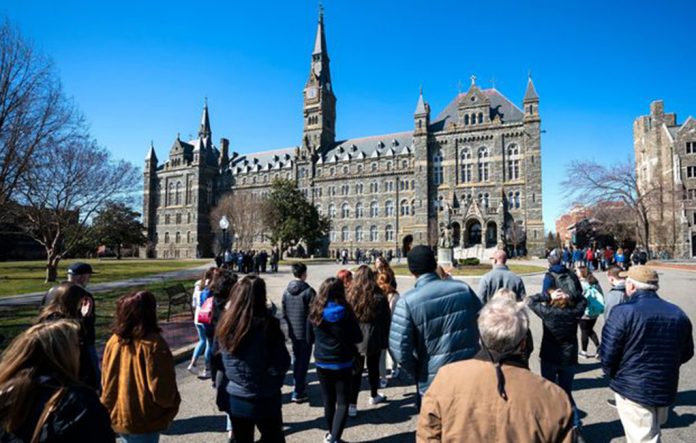 I’m referring to possible ramifications from a decision last month by the National Association for College Admission Counseling, which represents college counselors and admissions officers. The organization in late September approved a plan to scrap elements of its ethics code that the U.S. Department of Justice alleged stifled competition for students seeking better incentives to attend college.

As one college counseling spokesman said, the “gloves are coming off in college admissions.”

The NACAC represents about 1,700 colleges and universities, 2,400 secondary schools and about 1,700 independent college counselors.

For the last two years, the Justice Department has been focusing on antitrust issues regarding the association. The investigation is unrelated to the “Varsity Blues” admissions scandal that snared Hollywood stars and other millionaires who bribed college officials to help their kids gain admittance into prestigious schools.

Two of the provisions had prevented admissions officers from more actively recruiting transfer students and incoming first-year undergraduates who had committed to attend school elsewhere.

The third change in the ethics code will now allow schools to offer extra financial aid, special housing and other incentives to students who apply and are admitted under the “early decision” process.

Students typically file for an early decision from their top school. In exchange for a favorable response, applicants are essentially legally bound to attend. It differs from students who seek “early action.” In these cases, students receive an early response to their application but do not have to commit until the normal May 1 reply date.

The new system presents some upsides and downsides for students, said Paul Kanarek, managing partner with Collegewise  .  com. “On the one hand, students will almost certainly benefit economically from a more competitive landscape,” Kanarek said. “That’s the basic law of supply and demand.”

But he said the downside is that the decision process of selecting a school “is likely to stretch well beyond the current May 1 of the senior year deadline as families try to see which college comes in with the strongest scholarship offer.”

But any changes will likely be gradual, said Mark Kantrowitz, publisher of SavingforCollege.com.

“Although most parents feel that their children are special, in reality prospective college students are a commodity,” Kantrowitz said. “There are very few students who are so special that colleges will go all out to recruit them. Perhaps Olympic athletes and winners of national science and math competitions.”

My dollar and cents take: The change in the ethics code means a college education will become less expensive — at least for some students.