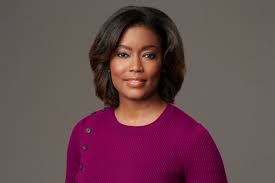 Rashida Jones, a graduate of Hampton University, began her career as a producer for a morning show on WTKR in Norfolk, Virginia. She worked as the weekend producer and live programming director for The Weather Channel and was news director at WIS-TV before moving to MSNBC as executive producer for daytime programming.

Rashida Jones, who leads the breaking news and major events coverage, is credited for guiding MSNBC’s coverage of the Coronavirus pandemic, the recent Black Lives Matter protests and social unrest across the nation, and the recent presidential debates. She was very influential in the network’s Climate in Crisis and Justice for All series and is also responsible for MSNBC’s weekend and daytime programming.

NBCUniversal chair Cesar Conde said, “She has an outstanding track record, and she leads with a laser-like focus and grace under pressure. I know she will be an excellent leader for MSNBC” in a company memo announcing the appointment. He went on to speak about Jones’s understanding of the company culture, writing, “Rashida Jones knows and understands MSNBC, in part because it’s where she started when she first joined NBCU seven years ago. She knows that it is the people who work here that make it great, and she understands its culture. She also appreciates the impact and potential of the brand.” Rashida Jones’s appointment marks the beginning of Conde’s push to move NBC’s network staff breakdown to 50 percent female and 50 percent people of color.

Paula J. Shelton is a freelance writer and journalist living in Chicago. Find her on social @beboldshine.