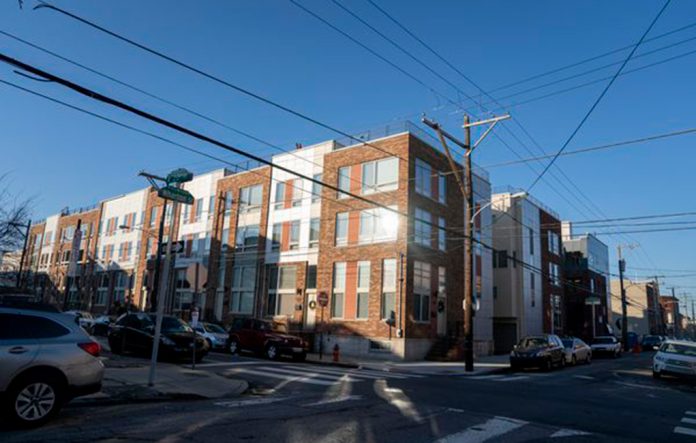 Drawn by booming industry, driven from the South by repression, African Americans’ population in Philadelphia swelled at the beginning of the 20th century.

As they arrived, Philadelphia adapted by baking segregation into property documents.

By 1930, the black population of Philadelphia had reached 219,000, according to the Pew Center for Art and Heritage’s Great Migration Project, triple what it was 20 years earlier. A new study from the Federal Reserve Bank of Philadelphia has found that between 1920 and 1932, the deeds for thousands of Philadelphia homes included racially restrictive covenants, language barring minorities from buying into a neighborhood or even living in it.

“I think very few people realize this kind of thing was happening, especially in the city of Philadelphia,” said Larry Santucci, a senior research fellow at the Consumer Finance Institute of the bank.

In such communities as Tacony, racial covenants started when the area changed from farmland to city, and set the stage for decades of de facto segregation long after they fell out of use.

“It was understood that there were areas where they couldn’t live,” said Hubert Barnes, senior pastor of Star of Hope Baptist Church, a century-old African American congregation in Tacony. “They knew where the invisible boundaries were.”

Santucci’s research team conducted the first comprehensive search for Philadelphia deeds with racially restrictive language, and found nearly 4,000 written from 1920 to 1932. Their language was far from subtle. The deeds “forbade the premises from being occupied or owned by persons not of Caucasian descent,” Santucci’s report stated.

What’s the Thanksgiving story from the perspective of Native Americans?The restrictions were legal, boilerplate language included by developers and promoted by real estate agents. Being in a “restricted section” was a major selling point, as advertised in a 1911 Inquirer classified ad for real estate on 60th Street near Catharine Street. Some deeds encouraged property owners to maintain restrictions by force of arms, if necessary, according to a set of 44 deeds along West Penn Street from 1927.

The U.S. Supreme Court ruled that racial covenants were unenforceable in 1948, but such language was not made illegal until 1968.

The tools of segregation

White Philadelphians were inventive and comprehensive in building systems to keep neighborhoods segregated. In addition to racially restrictive deeds, racist zoning and violence were used to shape neighborhoods’ identities in ways that persist today.

Covenants were not unique to Philadelphia. Northern cities used them widely amid the Great Migration of 1.6 million African Americans. And they became more popular in the wake of Supreme Court decisions, the first in 1917, that zoning by race was unconstitutional.

Santucci’s report, released last month, looked at documents from 1920 because legal documents then began to be written exclusively with typewriters, making them more legible to modern scanning technology. He examined deeds until 1932, when the Great Depression significantly curtailed building in the city. He said a more comprehensive search would likely reveal more deeds with racial restrictions.

“If anything, I think we undercounted,” he said, saying that even typewritten documents from the era are difficult for a computer to read.

Star of Hope’s founders were a microcosm of the African American migration changing Philadelphia. They were primarily Virginians, Barnes said, and settled in a section of Tacony that had been an African American enclave since the 19th century. They worked at Henry Disston & Sons Manufacturing Co., a steel mill, in the neighborhood, where old, unused industrial buildings today loom large over tightly packed rowhouses.

“That part of Northeast Philadelphia back in the early 20th century was pretty rural,” said Barnes, who has been with the church for 34 years. “Many persons moving from Virginia or parts of the South probably felt comfortable there because of the rural atmosphere they were moving into.”

Santucci’s study found a cluster of deeds with race restrictions bordering the black community in Tacony, likely designed to prevent African Americans from moving into adjacent white neighborhoods. Barnes wasn’t familiar with the covenants specifically, but said that even in the 1980s Tacony’s black neighborhood was clearly defined.

“When I came there almost 34 years ago, you would see almost like an island of minority persons surrounded by persons of majority race,” he said.

Early-20th-century homes built in Germantown, Mount Airy, and Chestnut Hill, neighborhoods that became accessible to working people through the Route 23 trolley, also had a high number of deeds with racially restrictive language.

Philadelphia’s poshest addresses didn’t need them, Santucci said. There, minorities were excluded largely by housing being out of their price range.

Identifying how racist language in deeds directly defined modern Philadelphia neighborhoods is difficult, officials said, due to almost a century of other discriminatory practices. A study in Minneapolis, though, showed that homes with racist language in the deeds from the 1940s and 1950s were now worth 15% more than similar homes in neighborhoods that never had racially restrictive covenants. They were effective, too, said Aradhya Sood, a doctoral candidate at the University of Minnesota who conducted the study. A neighborhood with just 1% more racial covenants than a comparable area now has 19% fewer black homeowners.

Philadelphia judges find modern meaning in the 1857 Dred Scott caseHome ownership is tied to wealth in the United States, academics said, and neighborhoods with race restrictions went on to have better access to services, parks, highways, and other amenities that contributed to home values for decades.

“What the covenants did was, provided an initial starting point upon which things started to build up on,” Sood said.

“There are absolutely still challenges around lending to people who are home buyers or business owners in communities of color,” he said.

Tacony, though, is almost unrecognizable from the racially divided community it was a century ago. Barnes called it a melting pot, and said its diversity is now not just black or white, but includes immigrants from African and Eastern European nations. From 1990 to 2010, Balloon said, Northeast Philadelphia shifted from being 90% white to 50% to 60% white.

“We have more people of color buying homes in Tacony than we ever had,” he said. “We have new residents who are white who are purchasing in African American areas.”

The pervasiveness of racially restrictive covenants, and how they shaped modern Philadelphia and its economic inequality, bears more study, Santucci said. The data he has gathered so far, though, give a hint of early-20th-century Philadelphia, and the kind of city that greeted migrating Southern blacks.

“In a very real sense, Northern cities work much the same way” as the South, Cebul said. “There may not have been a completely formal law on the books about race mixing, but functionally it worked out largely in the same way.”