By Tom Finn and Kylie MacLellan

LONDON (Reuters) – Qatar’s $335 billion sovereign wealth fund sees opportunities to invest in Britain after Brexit and is looking at infrastructure, healthcare and technology, the fund’s head told a London conference on Monday.

The Qatar Investment Authority (QIA) wealth fund has in recent years diversified its portfolio away from Europe toward more investments in the United States and Asia but is still one of the most high-profile Gulf investors in Britain.

The June 23 Brexit vote has raised a number of questions about the future of the world’s fifth largest economy and London’s position as one of the top two global financial centers.

“I am still looking, even after Brexit there will be opportunities QIA can really hunt for,” QIA Chief Executive Sheikh Abdullah bin Mohammed bin Saud al-Thani told an investment conference in London.

“Whenever the government would like the QIA to step in we are ready,” al-Thani said just two days before Prime Minister Theresa May triggers formal Brexit talks.

Asked what sectors in Britain he was particularly looking at, he said: “Our aim now in the future is really to focus on infrastructure, and we will be focusing also on healthcare and IT.”

Sovereign and private investors from Qatar, Saudi Arabia, Kuwait and the United Arab Emirates have been prolific buyers of British assets in the past decade, snapping up billions of dollars worth of property, mostly in London.

Qatar is one of the most high-profile investors in the British capital, owning landmarks such as the Shard skyscraper, Harrods department store, luxury hotels and a stake in the Canary Wharf financial district.

The chief executive of Qatar Petroleum <QATPE.UL> said the firm felt comfortable with its investments in Britain and did not see last June’s vote to leave the world’s biggest trading bloc as a game changer.

“What happens with the economy of the UK long term with Brexit and so on really will not be a game-changer for us,” Saad Sherida al-Kaabi told a conference in London. 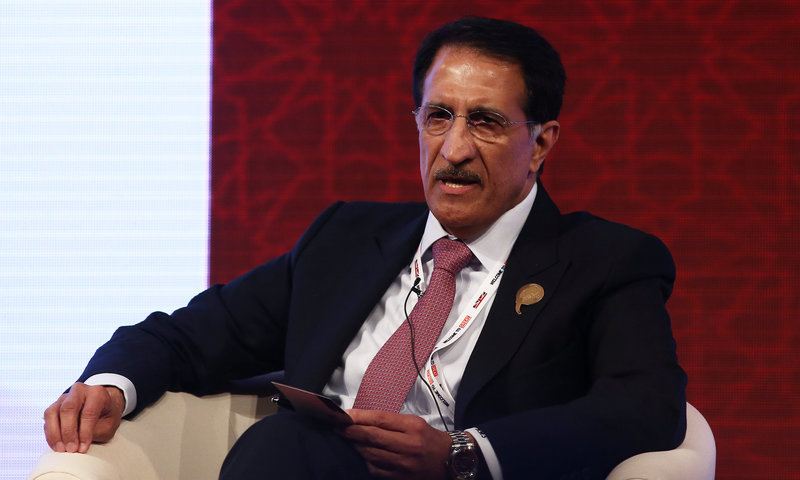 UK manufacturers urge PM May to drop threat of no Brexit...