NEW YORK (Reuters) – After a 20-year career in baseball’s Major Leagues that included three World Series championships with the Boston Red Sox, slugger David Ortiz has earned the right to put his feet up.

But retirement for the 41-year-old Ortiz – known as “Big Papi” – has been anything but slow. His new book, “Papi: My Story,” has just been released, and Ortiz is transitioning from being feared by big league pitchers to a larger-than-life pitchman for retirement investing for John Hancock.

His 1.4 million followers on Twitter track his every move, particularly his many charitable campaigns and causes.

Q: As a kid growing up in the Dominican Republic, what were some of your earliest financial lessons?

A: Growing up, coming from a poor family, you don’t really have the opportunity to manage money. But the way you grow up, you learn about saving and trying to put money away because you never know what can happen in the future. I learned this coming to this country at the age of 17, basically with nothing.

Q: What financial advice would you give to rookies and younger players today?

A: If I had learned in my early 20s how important it is to save money, I would have done it much earlier than I did.

In my case, at some point I realized that (baseball) is not something I’m going to be doing the rest of my life. And then you start having kids.

Q: How do you know who to trust when you start making money?

A: You are going to bump into this one group of advisers who tell you what to do with your money. But whatever you do with your money, make sure it is something that you know. Investing money in things that you don’t know can cost you later on.

Q: Is there anything you miss about playing every day?

A: I don’t really miss playing. I miss being around my teammates and doing the things that we used to do. I have been so busy, that I haven’t been able to go back and work on baseball. But it will happen.

Q: Is there any type of financial legacy you are hoping to leave, particularly to pass along values to your four children?

A: Whenever you get the opportunity to make money, the one thing you want to think about is saving, because you never know what can happen in the future.

I try to teach my kids that the world that they live in is not the real one. There’s a lot of people out there that struggle, that have nothing compared to them. I grew up with basically nothing, but I still feel that I was blessed because I had responsible parents who under the circumstances, taught me to take advantage of situations in life.

Q: What made you decide to start your own charity – The David Ortiz Children’s Fund – and how do you decide which mission or programs can have the most meaningful impact?

A: I understand how much parents struggle. My foundation is focused on heart care. We do a lot of open heart surgery for children; we have been able to do almost a dozen surgeries.

Everything I do for the foundation, I do from the bottom of my heart because I know how hard it can be.

Q: Will we see you in Cooperstown in 2021 for a Hall of Fame induction?

(For a video of our Facebook Live interview with David Ortiz, see: http://bit.ly/2pYlLBY) 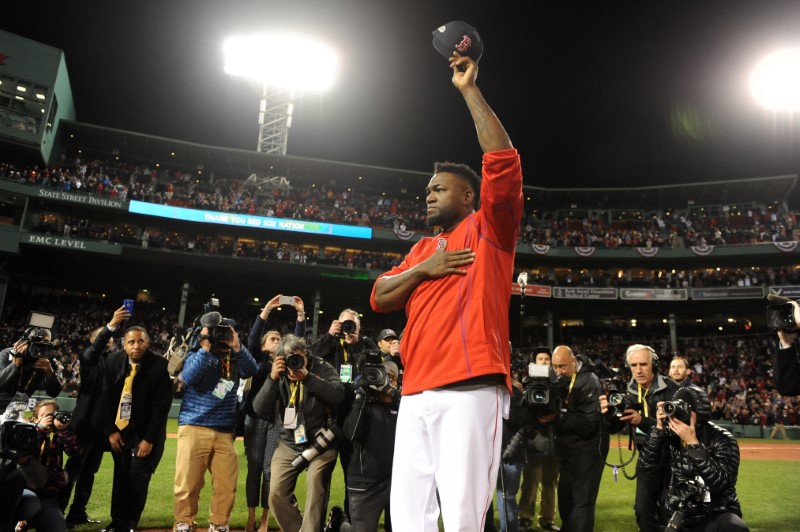