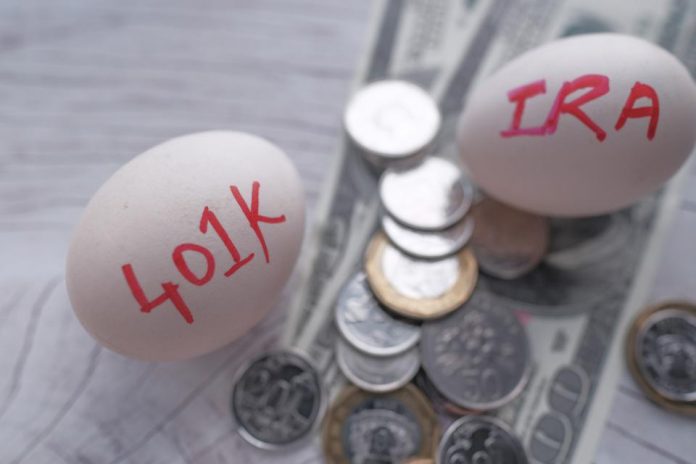 Wall Street woke up Wednesday to more political uncertainty, as the presidential election dragged into a second day and remains on track for a rancor-packed rollercoaster ride for weeks to come.

The Dow Jones Industrial Average began trading in a relatively calm fashion early Wednesday when the stock index was up early in the day by 225.76 points or 0.82% to trade at 27,705.79 points. It was the third positive day in a row while vote counts continued.

Shortly before 10:30 a.m., the Dow climbed higher and was up 2.32%, as the index gained 638.84 points to trade at 28,118.87 points, holding steady in afternoon trading. Some commentators on Wall Street then speculated that former Vice President Joe Biden was heading toward victory.

We don’t know yet if incumbent President Donald Trump gets a second term or Biden will move into the White House.

No matter the winner, Wall Street is banking on no big tax increases on corporations and individuals, thanks to GOP victories in the Senate. Even so, experts warn that the markets could be volatile in the days ahead.

We’re not just frustrated by the ongoing rancor and uncertainty over the election. The country continues to see spikes in COVID-19 cases, troubling unemployment levels and the painful site of struggling small restaurants and other businesses in our communities.

A much-needed second economic stimulus package could be stalled for months, as too much energy is focused on settling up this past election. If Biden wins, would a Republican Senate reject a Biden stimulus plan that could boost the economy and financial markets?

“Nothing about 2020 has been easy, so why would we expect this year’s U.S. election to be anything but an anxiety-inducing rollercoaster?” wrote Anthony Saglimbene, Ameriprise Global Market Strategist, on Wednesday morning.

“As of this writing, both President Trump and former Vice President have multiple paths to the Oval Office.”

Investors not sure what to do

A tug-of-war between the fear of more economic fallout from spiking COVID-19 cases and the ongoing hope for another massive stimulus package — on top of extended election uncertainty — could keep Wall Street on edge for the rest of 2020.

Not surprisingly, many 401(k) savers and retirees didn’t know which way to turn even before the election.

“We’ve had a few nervous clients at this time but interestingly the reason behind their nerves hasn’t been consistent,” said Sam Huszczo, a chartered financial analyst and founder of SGH WealthManagement in Southfield, Michigan.

“Usually in a market downturn, nervous clients generally all feel the same way.”

But lately, he said, some clients wanted to invest more in the stock market because they were confident it would rally after the election.

Others wanted to rush into cash because they feared a large market meltdown due to the election.

“Same nerves that result in polar opposite solutions,” Huszczo said.

A highly polarizing election triggered vastly different responses from investors. A rush to cash? Or roll the dice by investing more money in stocks? Both are signs that many people just don’t know where things are headed in 2020.

Unusual, and somewhat chilling signs for shoppers, popped up along the way as Americans voted for the next president.

The Marshalls store on West Eight Mile Road in Detroit, for example, remained open on Election Day with a handful of shoppers browsing the aisles early for a deal on sweaters and home goods. Those shoppers, though, were initially greeted by large sections of plywood that boarded up all the store’s windows making anyone think it was closed for good.

No other stores were boarded up in the Gateway Marketplace shopping center. But stores around the country reportedly braced for election unrest. But, seriously, why a Marshalls? One has to wonder if someone at corporate imagined that women who shop for discounted prices on shampoo and yoga pants suddenly could be in an uproar over election results. Really?

In the hours and days ahead, we could be seeing all sorts of confusing signs.

First, investors will need to come to grips with the reality that it could take days for officials to count mail-in ballots in many areas, according to Greg Valliere, chief U.S. policy strategist for AGF Investments in Washington, D.C.

On Wednesday, Valliere noted one possible upside for Wall Street: “A big story for financial markets is the likelihood that the Republicans will maintain their control of the Senate. This will lead to gridlock with the liberal House — and as a result, market-unfriendly tax hikes could stall in 2021.”

The Senate win, if you will, may be obscured by the presidential election, experts say.

In the early hours on Wednesday, Trump disturbed even some top Republicans when he simply declared that he had won the election and threatened to ask the U.S. Supreme Court to halt the counting of legally cast absentee ballots he described as a “fraud.”

Valliere’s Wednesday morning report noted: “If Trump demands a halt to vote-counting, the courts probably would block him, but this could become so controversial that ‘faithless electors’ could become part of the nation’s narrative ahead of the Electoral College’s mid-December vote to confirm the election.”

The last time America had to wait weeks for presidential election results was back in 2000 when the country saw the bitterly contested vote over Democratic Vice President Al Gore and Texas Republican Gov. George W. Bush.

Back in 2000, the hotly contested fight for the White House drove down stock prices on Wall Street.

The election alone didn’t cause Wall Street to implode in 2000.

Dot-com bubble had burst, meaning that some of the fallout 20 years ago could be attributed to the uncertainty after the election and some could be blamed on the ongoing decline in technology stocks, according to David Sowerby, portfolio manager for Ancora in Bloomfield Hills, Michigan.

To be sure, Wall Street can be fearful — or joyous — over all sorts of scenarios in the weeks ahead.

Going forward, Sowerby said, the stock market may see some upside based on higher expectations for a fiscal stimulus package out of Washington.

A new stimulus package — and its chances of survival — will be heavily watched, as economists warn that fourth quarter growth will be anemic without such a deal.

The U.S. economy had an extremely miserable second quarter after businesses closed to stem the spread of the pandemic, which included a roughly eight-week shutdown of auto factories in Michigan. Then, as businesses reopened — and stimulus money flooded the landscape — we saw a spectacular third quarter.

Many question whether the turbulent election could derail the economic recovery that began this summer, on top of having no added stimulus.

Even so, Sekera maintains the outcome of the election won’t meaningfully change the economic outlook over the long run.

Much of the economic recovery will depend on how the fight against COVID-19 continues, as well as the stimulus package.

Will we see a vaccine soon? Will another stimulus package shore up small businesses and help individuals who continue to be jobless in specific industries, such as restaurants and hospitality?

“Usually, markets breathe a sigh of relief once the election is over, and stock volatility tends to ebb lower once the results are known,” Ameriprise’s Saglimbene said earlier.

But he stressed that 2020 isn’t like other years because we’ve seen a large volume of early voting by mail that could complicate the calculation of results.

“Investors should not jump to any conclusions about the results thus far,” he said Wednesday.

“We do not know who the next president will be because all the votes have not been counted.”

We do know that when one saves for long-term goals, such as retirement or college education, it’s typically wise to do your best to keep it together when things look like they could somehow be falling apart.

How teens can start investing through a ROTH IRA