Home Personal Finance Investment Prepare for Detours in the Market: Manage Your Plan in Real-Time 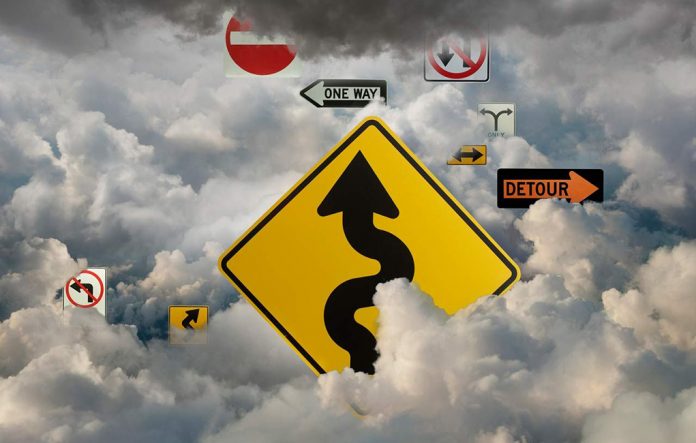 Once you’ve created an income plan for your retirement, don’t think you’re done when the numbers on paper meet your immediate expectations. A successful plan requires regular analysis and adjustments. Both might be required, either because your goals change or the world shifts.

That is the benefit of an income allocation plan over other types of planning.

When I wrote an article called Don’t Bet Your Retirement on Monte Carlo Models, I suggested reliance on safe sources of income, including annuity payments, and a modest outlook on the market to avoid huge ups and downs that you can’t control.

I did not suggest that you take your money out of the market entirely. Stocks, after all, offer a history of increasing value over time. The hair-raising loss of value, though occasional, tempts some investors to avoid the roller-coaster ride and thus miss out on the longer-term — and sometimes muscular — increases in the market value of equity securities.

How to maintain discipline and ‘stay the course’

What should you do when the Dow Jones average falls for most of a month, or pundits express concerns about a looming recession? Having less of your income dependent upon the market helps. Diversifying your source of withdrawals (primarily your traditional rollover IRA) in a balanced portfolio of stocks and bonds is a plus. And I advocate this: Consider thinking of your investments not as stocks and bonds, income annuities and savings, but as sources of income divided into an interest-portion, dividend portion, annuity payment portion and withdrawal portion. In doing so, you may find that the only source of income impacted by a market swing is your withdrawals. If those represent a small portion of your income, you’re more likely to stay the course.

It is also important to remember that you can always evaluate your Income Allocation plan and update it as circumstances change. We call that “plan management.”

Let’s look at a hypothetical example of a female client who retired at 70 and adopted an Income Allocation plan. She had $1 million in savings at retirement with 50% in a rollover IRA and the balance in personal after-tax savings. She based her plan on a modest stock market outlook of 6% per year. The market performed as expected over the first 10 years and she has already received $505,000 in income from the original plan. Next year’s expected income is $56,000 from dividends, interest, annuity payments and withdrawals. Her income is planned to grow at 2% per year until age 85, continue for life, and still leave of a legacy of over $600,000 at age 95. She feels good about it.

A change of circumstances

Then the stock market goes into a nosedive with a 20% loss in just a few weeks. (Steep drops are not unprecedented. In 2018, between the beginning of October and the end of December that year, the Dow average lost nearly 19%. Of course, it recovered shortly afterward, but it can still be unnerving, and one day it might not recover so readily.)

What should our retiree do in this situation? She may legitimately feel that her financial future is vulnerable. Should she cancel the trip she had planned? Or cut back on gifts she had penciled in for the grandkids?

Before taking any such drastic actions, she gets an update of her plan, based on the current value of her stock portfolio. Here’s what she’d see.

What do these numbers mean? And what should she do?

First, the change in next year’s income is not as dramatic as she had feared. In fact, her income will still increase, albeit by not as much as before.

Second, while she understands that there is no free lunch, the updated plan absorbs the market shock and converts that into lower increases in income to age 85 and a lower legacy to her kids and grandkids.

Third, the plan she adopted originally acted as a shock absorber because of the large proportion of safe income.

Now, should she accept the updated plan or request that it be further modified to meet her new set of objectives? For instance, perhaps she wants to preserve the amount of financial legacy she had planned. She can adjust her plan if she wishes, and that is when she should talk to her adviser.

In any case, the continual review and refinement of her plan together with a smart and safe long-term strategy worked best for her. What you need is the ability to update your plan when needed without giving up the elements that made sense when you first put it together.

What Inflation Could Mean for Your Money in the Months Ahead

How teens can start investing through a ROTH IRA

Life Insurance as an Alternative to an IRA Trust

Lessons from the Crash