(Reuters) – U.S. Energy Secretary Rick Perry pushed for opening Nevada’s Yucca Mountain nuclear waste site in a meeting with the state’s governor on Monday, but the local leader said he remains staunchly opposed to the project.

The visit with Governor Brian Sandoval was Perry’s first official travel since becoming energy secretary. The multi-billion-dollar nuclear storage project, which was rejected by former President Barack Obama, has been championed by the Trump administration.

Most of Nevada’s politicians question the long-term safety of the site and the transportation of radioactive waste through the state.

“I stressed the need for Nevada to maintain its key role as we seek sensible, stable, and long-term solutions to fulfilling our responsibility to safely manage spent nuclear fuel,” Perry said in a release about his conversation with Sandoval.

But Sandoval was not swayed.

“The storage of high-level waste at Yucca Mountain is not something I am willing to consider,” Sandoval said. The meeting with Perry “was not the beginning of a negotiation with regard to Yucca,” he said.

The White House’s proposed 2018 budget, released on March 16, included $120 million for the restart of licensing at Yucca and for interim storage of the waste before the project opens. Yucca could take years to start as the federal government first must address local concerns and as billions of dollars worth of construction must be completed.

The U.S. government has studied Yucca since the 1970s as a potential dump for the nuclear waste from power plants and the military. Currently the waste is stored at nuclear power plants and other sites in pools and in casks.

Nuclear power opponents say waste at power plants is vulnerable to attacks and natural disasters, though many nuclear power backers say it can be held there safely for decades or more. Some lawmakers refuse to support legislation for innovation in nuclear power until waste solutions are found.

Yucca has never opened because of legal challenges and opposition from politicians, environmentalists and Native American groups.

The proposed funding for Yucca in the budget signals that the Trump administration sees opening the site as essential to extend the lives of nuclear plants. More details of the budget are expected in May. Congress will debate the plan and it is uncertain whether the funds will remain.

Other Nevada politicians were also critical of Yucca.

“Nevadans do not want a project with dangerous implications for the environment, economy, and security of the state,” Representative Dina Titus said in a tweet. 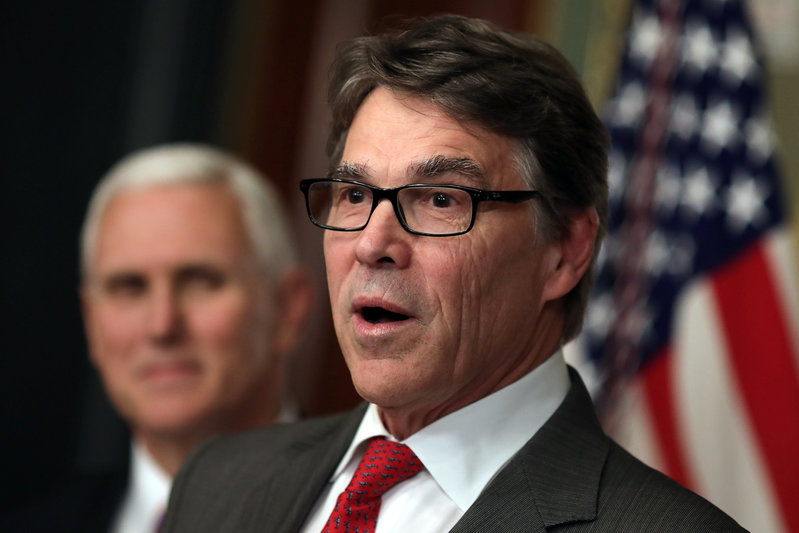 How the Final Tax Bill Will Affect 4 Tax Returns