KUWAIT (Reuters) – A joint committee of ministers from OPEC and non-OPEC oil producers has agreed to review whether a global pact to limit supplies should be extended by six months, it said in a statement on Sunday.

An earlier draft of the statement had said the committee “reports high level of conformity and recommends six-month extension”.

But the final version said only that the committee had requested a technical group and for the OPEC Secretariat to “review the oil market conditions and revert … in April, 2017 regarding the extension of the voluntary production adjustments”.

Oil sector analysts said the lack of an immediate extension could drag on crude prices.

“The dropping of the recommendation to extend cuts in favor of technical review committee is likely to lead to a lot of disappointment and potential further liquidation of long positions by money managers that will put downward pressure on oil prices,” said Harry Tchilinguirian, head of commodities strategy at BNP Paribas in London.

It was not immediately clear why the wording had been changed, although a senior industry source said the committee lacked the legal mandate to recommend an extension.

The Organization of the Petroleum Exporting Countries and rival oil-producing nations were meeting in Kuwait to review progress with their global pact to cut supplies.

OPEC and 11 other leading producers including Russia agreed in December to cut their combined output by almost 1.8 million barrels per day (bpd) in the first half of the year. The original deal was to last six months, with the possibility of a six-month extension.

“Any country has the freedom to say whether they do or they don’t support (an extension). Unless we have conformity with everybody, we cannot go ahead with the extension of the deal,” Kuwaiti Oil Minister Essam al-Marzouq said, adding that he hoped a decision would come by the end of April.

The oil ministerial committee “expressed its satisfaction with the progress made towards full conformity with the voluntary production adjustments and encouraged all participating countries to press on towards 100 percent conformity,” the statement said.

The December accord, aimed at supporting the oil market, has lifted crude <LCOc1> to more than $50 a barrel. But the price gain has encouraged U.S. shale oil producers, which are not part of the pact, to boost output.

The committee said it took note that certain factors, such as low seasonal demand, refinery maintenance and rising non-OPEC supply had led to an increase in crude oil stocks. It also observed the liquidation of positions by financial players.

“However, the end of the refinery maintenance season and noticeable slowdown in U.S. stock build as well as the reduction in floating storage will support the positive efforts undertaken to achieve stability in the market,” it said.

It asked the OPEC Secretariat to review oil market conditions and come back with recommendations in April regarding an extension of the agreement.

“This reaffirms the commitment of OPEC and participating non-OPEC countries to continue to cooperate,” the statement said.

Russian Energy Minister Alexander Novak said it was too early to say whether there would be an extension, although the agreement was working well and all countries were committed to 100 percent compliance.

Olivier Jakob, of oil consultancy Petromatrix, said that with the revision of the ministerial committee’s statement, it was becoming more difficult to know who was responsible for what in OPEC.

“That is not the best option to provide clarity to the oil markets,” Jakob said.

Ellen Wald, a consultant on the global energy industry, said: “I think the market will react negatively to the lack of a clear direction on a rollover for the deal.”

Before the meeting, Iraqi Oil Minister Jabar Ali al-Luaibi told reporters there were some encouraging elements that suggested the oil market was improving, and that if all OPEC members agreed measures to help price stability, Iraq would support such steps.

“Any decisions taken unanimously by members of OPEC … Iraq will be part of the decision and will not be deviating from this,” Luaibi said.

Compliance with the supply-cut deal was 94 percent in February among OPEC and non-OPEC oil producers combined, Russia’s Novak said.

Novak said he expects global oil stockpiles to decrease in the second quarter of this year.

“The dynamics are positive here, I believe,” Novak said, adding that inventories in the United States and other industrialized countries had risen by less than in the past.

Kuwait’s oil minister said the market may return to balance by the third quarter of this year if producers comply fully with their production targets.

“More has to be done. We need to see conformity across the board. We assured ourselves and the world that we would reach our adjustment to 100 percent conformity,” Marzouq said. 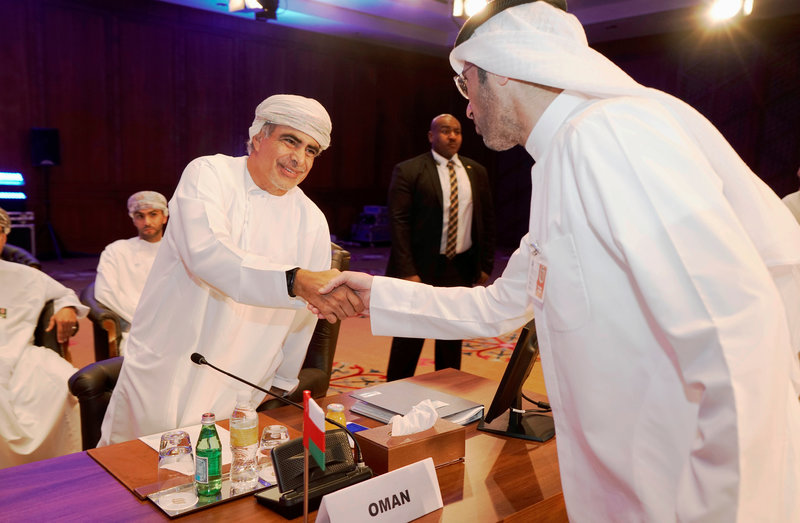 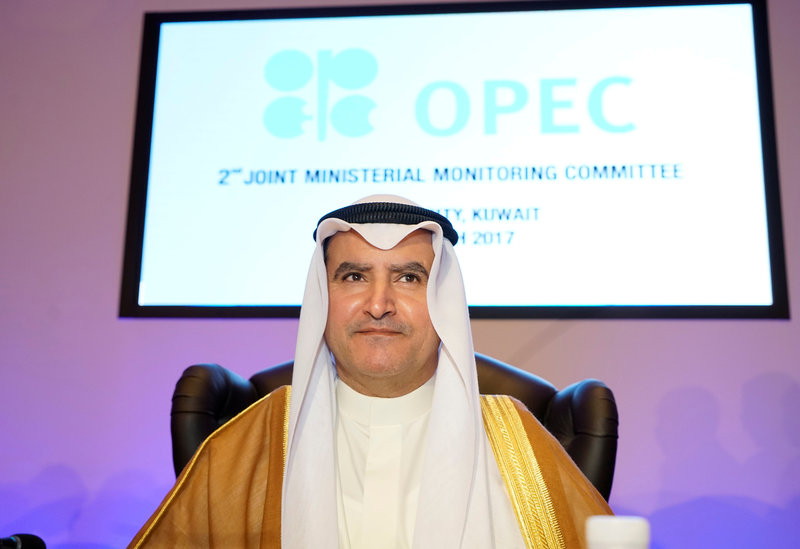 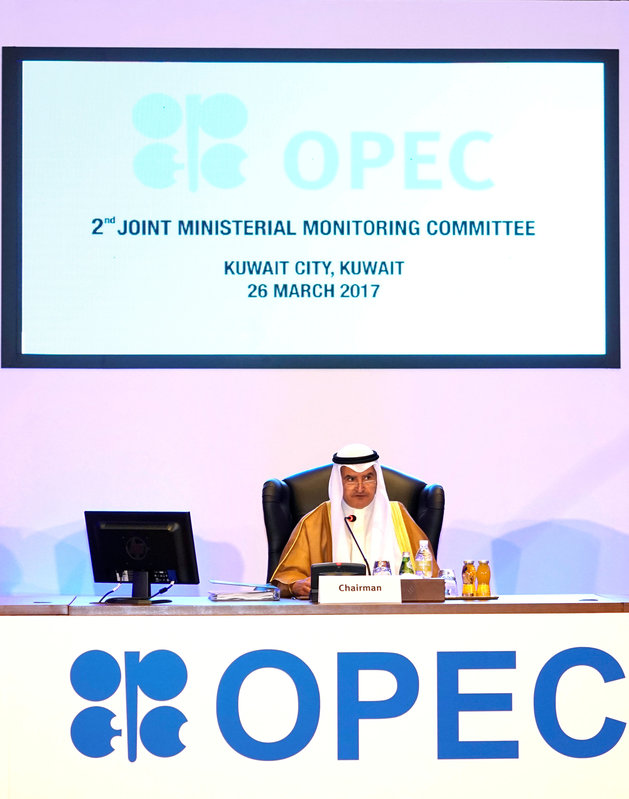 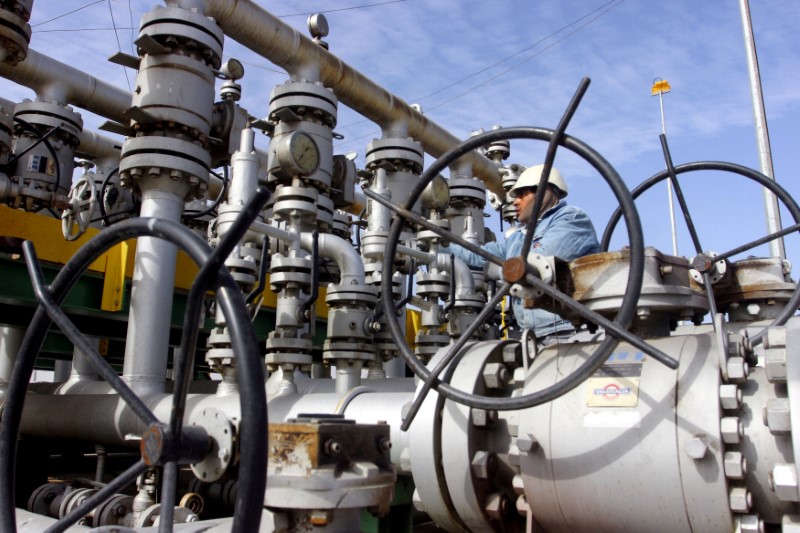 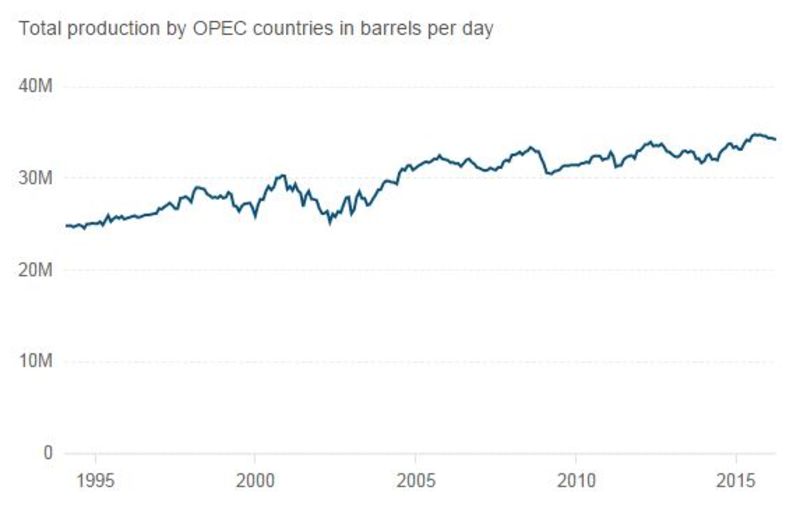