That was the first weekly build in crude stockpiles in five weeks. Analysts were expecting U.S. crude inventories to fall by 2.5 million barrels, according to a Reuters poll. [EIA/S]

“I thought (the EIA report) was a mixed bag. We usually draw into year-end on crude and it didn’t happen. Distillate and gasoline draws were supportive,” said Scott Shelton, energy special at ICAP in Durham, North Carolina, adding, “The report was a non-event. This will be forgotten about in an hour.”

Even though WTI futures for February were little changed, the U.S. front-month was up about 2 percent and trading at its highest level in more than a week due to the contract roll from lower-priced January to higher-priced February on Tuesday.

“This week’s trade has thus far provided no surprises as reduced holiday volume has been contributing to some narrow trading ranges,” Jim Ritterbusch, president of Chicago-based energy advisory firm Ritterbusch & Associates, said in a report.

French bank Societe Generale said the agreement between the Organization of the Petroleum Exporting Countries and other leading producers to cut output in January should keep crude prices in the $50-to-$60 range in 2017.

Oil markets are expected to remain well-supplied despite the planned reductions.

Taking advantage of plentiful and relatively cheap crude, refiners especially in Asia are churning out more fuel than the market can absorb.

(Additional reporting by Amanda Cooper in London and Henning Gloystein in Singapore; Editing by Lisa Von Ahn and Meredith Mazzilli) 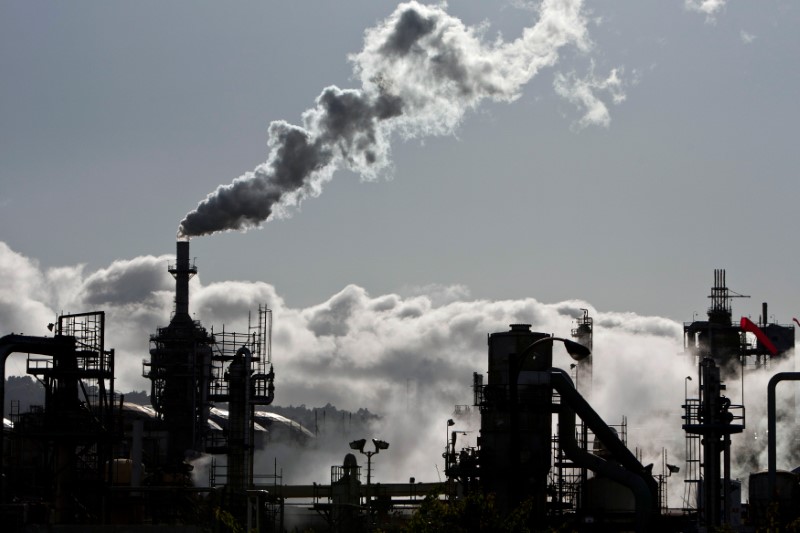