COPENHAGEN (Reuters) – Danish drugmaker Novo Nordisk is looking to expand its obesity business in Latin America on the back of “phenomenal” performance by its new anti-obesity injection Saxenda, a senior company official said on Monday.

Novo, the world’s largest insulin maker, is betting on obesity to diversify its core diabetes business which is under severe price pressure.

“With regards to obesity, Latin America is where we have started the launches of Saxenda before some of the other markets and have seen a phenomenal success to it,” said Novo Nordisk’s head of International Operations Maziar Mike Doustdar.

“We will start building more capacity and expand the obesity market in those markets,” Doustdar, heading a geographical unit covering more than 190 countries outside North America, told journalists.

Saxenda only accounts for 2 percent of Novo’s overall sales but analysts expect it to sell more than $1 billion by 2023, according to consensus forecasts compiled by Thomson Reuters.

Latin American sales of Saxenda doubled in the first quarter this year compared to the fourth quarter 2016 to 70 million Danish crowns ($10.6 million).

Especially Mexico, the number one obese country in the world according to Novo, would be a good platform for the company’s obesity franchise, Doustdar said.

By value, the United States remains the largest obesity market for Novo Nordisk, accounting for around 70 percent of revenues in the first quarter.

“Pharmacy benefit managers rank the disease areas after what is the cost for insurance, and obesity still comes quite low, so what drives uptake is employers who have employees who want access to obesity medication,” Chief Executive Lars Fruergaard Jorgensen said.

Saxenda, launched in 2015 and containing the same GLP-1 ingredient as its popular diabetes drug Victoza, has fared better than rivals, despite a U.S. price of around $1,000 a month.

“In places where we have launched Saxenda we have seen gram by gram they’re doing very well and on par with the U.S. market and that is really due to the unmet need in many of these markets,” Jorgensen said.

Novo estimates that around 600 million people worldwide, with just under 100 million in the United States, are obese, with a BMI above 30. 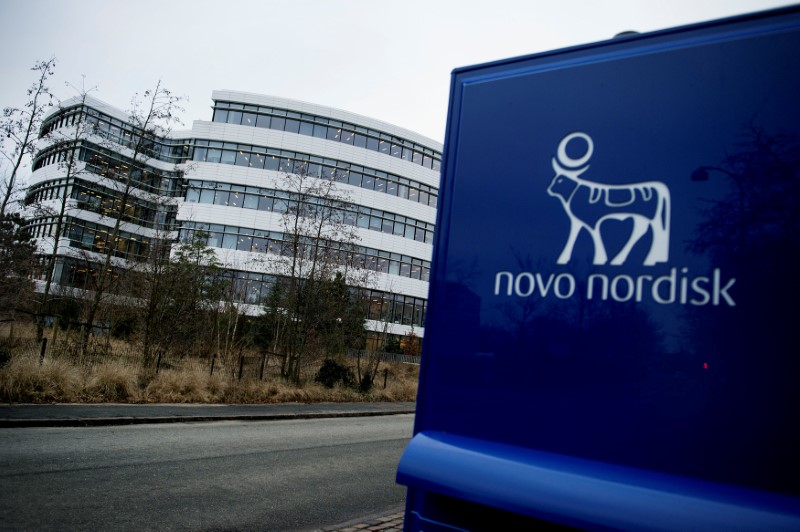