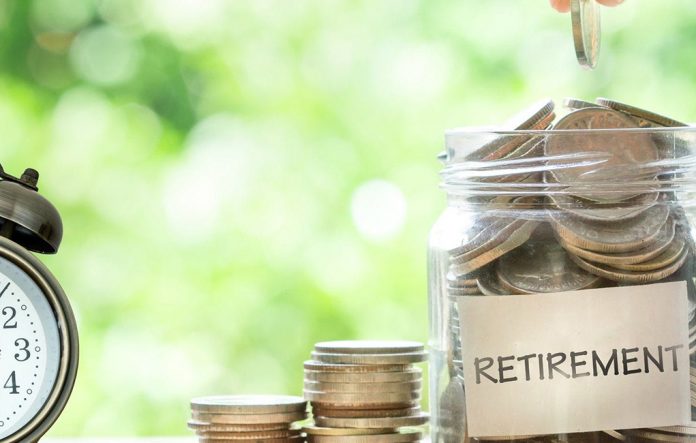 The rules of the retirement game just saw a sizable overhaul in Congress, giving a nod to the reality that many Americans can’t afford to quit working.

The changes aren’t massive enough to put to rest concerns about an upcoming retirement crisis where some forecast a growing gap between the haves and have-nots. Even so, the adjustments are likely to help some households boost their retirement savings.

The new law, signed by President Donald Trump in late December, has key twists for those who work at small businesses, those who steadily work part time at a given company and those who are worried about whether they’re on a bleak path to outlive the money in their 401(k). Eventually, workers may see their 401(k) plans begin to add options that offer annuities in their 401(k) plans, too.

The SECURE Act — or the Setting Every Community Up for Retirement Enhancement — offers small business owners some additional tax incentives for starting a retirement plan and seeks to make it less costly to do so. Financial services firms would be allowed to offer new multiple employer 401(k) plans to unrelated small companies with unrelated businesses.

Workers who spend a large chunk of their careers at small companies that do not offer pensions or 401(k) plans are particularly vulnerable to an inadequate level of savings to cover the bills in retirement.

Here’s a look at some points to know:

Start thinking of age 72, instead of 70 and a half, if you want to delay taking money from your IRA or 401(k) for as long as possible.

Under the new law, savers who are currently in their 50s and 60s wouldn’t be required to take a minimum distribution from retirement savings until they hit age 72.

Taking out the correct required minimum distribution, or RMDs for short, is essential each year, especially since the penalty for not doing so is 50% of what you should have taken out that year. The penalty is in addition to the ordinary income tax you pay on the money you withdraw from the retirement accounts. (Tax experts at H&R Block note, though, that it is possible to get a waiver by making the appropriate withdrawal as soon as the mistake is discovered and filing Form 5329 with an explanation of the error. If the IRS considers the error to be reasonable, the penalty will be waived. It may help to talk with a tax professional.)

Given that many Americans are living longer and working longer, it can make sense for some to try to keep their hands off their retirement savings for as long as possible.

Keeping the money in a tax-deferred IRA or 401(k) can help the account grow more in the future, too, depending on the success of your investments.

“You’re still benefiting from the tax deferred nature of having money inside the account,” Bernhardt said.

The new threshold applies to people who turn age 70 and a half in 2020 and later.

The new 72 is simpler to track than the old age rules. After all, it’s a little odd to try to figure out when you turn age 70 and a half.

One potential point of confusion: If you turned 70 and a half in 2019 or earlier, you don’t get the benefit of the new delay. You’re still required to take the RMD for 2019 and in future years.

The new rules can give you more flexibility for minimizing the tax hit in some years, too. Maybe you’d rather spend money from a regular brokerage account earlier in your retirement years.

Take $10,000 out of the IRA and you’d be taxed on the full amount if you saved that money on a pretax basis while working.

Take a hard look at your own numbers and talk to a tax professional or financial adviser.

Outliving your money remains a real risk for many. Once people retire, they can run the risk of dipping too heavily into their retirement savings and running short of money as they age.

Though people retire at different ages, Fidelity noted that participants in the 401(k) plans it manages often retire around age 65. “Regardless of age, most make withdrawals in the first year, then the withdrawal rate declines until the required minimum distribution age,” according to Fidelity.

One drawback for withdrawing money from a tax-deferred retirement account is that withdrawals are taxed at your regular income tax rate. You might face a 10% penalty if you withdraw the money before age 59½ as well. If you take out too much money, you’re at risk of driving up your annual income tax bill.

The act allows parents to withdraw money without penalties — but you would pay income taxes on those withdrawals — from a 401(k) or IRA to cover costs associated with childbirth or adoption. The change applies to distributions in 2020 and afterward.

New parents would be allowed to withdraw up to $5,000 without the 10% penalty if the money is withdrawn within a year of the birth or adoption. You’d have to check with your plan sponsor to see when this might be allowed within a given plan.

— Working part time won’t hurt your ability to save.

Going forward, the new law requires companies that offer 401(k) plans to allow part-time employees who have worked at least 500 hours a year for at least three consecutive years to set aside money from their paychecks into the plan. The employer isn’t required to make matching contributions until the worker meets the plan’s normal eligibility requirements.

In the past, someone who was steadily working part time could legally be excluded from saving for retirement in a 401(k) or similar plan if he or she worked less than 1,000 hours a year. So the change is expected to open the doors for many people who work in retail, health care and other part-time heavy fields. The change may be particularly beneficial for women.

How soon will you be able to save? It might be sometime in 2024 or earlier.

Some plan sponsors could wait until 2024 to make this change relating to part-time workers based on the statute, said Mark Iwry, a nonresident senior fellow at the Brookings Institution. Iwry was responsible for national retirement policy and regulation of the private pension system while serving as senior adviser to the U.S. Secretary of the Treasury during the Obama administration.

But, he continues, some plans will voluntarily implement this change earlier by taking into account years worked before 2021. Or, he said, some might conceivably decide for administrative simplicity not to look back for three years and simply allow participation by employees who have at least 500 hours of service in a given year.

By December 2021 or after, savers are expected to begin receiving estimates once a year for how much monthly income their current 401(k) savings might generate in retirement.

Iwry, who has supported such a disclosure for more than a decade, said the number will be key in helping people understand what kind of regular income their retirement accounts could generate.

“People don’t readily have a way to translate the account balance that they’ve accumulated to the amount of regular income that it can deliver to them in their retirement years,” Iwry said.

Think of something similar to the estimates that you receive for Social Security retirement benefits.

Once you have a clearer picture, you may decide to work longer, save more, or maybe even realize that you’re well on track when it comes to saving for retirement.

Right now, many people are in the dark when it comes to their retirement savings, according to Joshua Gotbaum, a guest scholar for economic studies at the Brookings Institution.

Many people haven’t saved enough before they retire, but they don’t know it, he said. Or others who have retired don’t know how long their savings will last and they could be afraid to spend even when they have enough financial resources to do so.

“This lifetime income benchmarking will help both,” Gotbaum said.

It’s a number that might motivate you to bump up your regular savings rate.

If you’re working, the new law removes the age cap for setting aside savings into a traditional Individual Retirement Account. Beginning in 2020, the age cap — formerly age 70 1/2 — goes away for individuals who have wage income.

You’re allowed to set aside money in a traditional IRA as long as you have income from work. Another plus: If a couple could contribute to a spousal IRA before age 70 1/2, the new rules allow them to do so now even if the person is older than 70 1/2.

Myths About Money in Retirement Punctured

Haven’t Named Beneficiaries to Your Retirement Plan? That Could Be Trouble