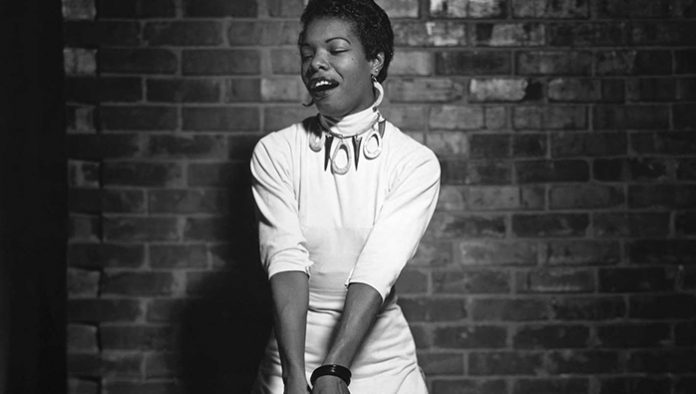 Distinctly referred to as “a redwood tree, with deep roots in American culture,” Dr. Maya Angelou (April 4, 1928-May 28, 2014) led a prolific life. As a singer, dancer, activist, poet and writer, she inspired generations with lyrical modern African-American thought that pushed boundaries. Best known for her autobiography I Know Why the Caged Bird Sings (Random House), she gave people the freedom to think about their history in a way they never had before. The first feature documentary about her life, American Masters ? Maya Angelou: And Still I Rise, premieres nationwide Tuesday, February 21 at 8 p.m. on PBS (check local listings) during Black History Month as part of the 31st season of THIRTEEN’s American Masters series. PBS Distribution will release the film on DVD the same day, with additional bonus features, and on Digital HD February 22.

“The film reflects on how the events of history, culture and the arts shaped Dr. Angelou’s life, and how she, in turn, helped shape our own worldview through her autobiographical literature and activism,” said co-director and co-producer Rita Coburn Whack (Curators of Culture, Remembering 47th Street, African Roots American Soil).

“It is bittersweet that Dr. Angelou takes her rightful place in the American Masters series posthumously,” said executive producer Michael Kantor. “We are fortunate that Bob and Rita captured these insightful interviews with her just prior to her death so we can all learn from her wisdom firsthand.”

Last month, American Masters launched a year-long online campaign, #InspiringWomanPBS, based on themes central to Dr. Angelou’s life: artistic expression, academic success, active community engagement and acceptance of difference. People can share stories of inspirational women in their own lives via text, images or videos on the American Masters website or via Tumblr, Twitter and Instagram using the hashtag #InspiringWomanPBS.

A video compilation series of the best submissions will be featured on PBS’ Instagram Stories and Snapchat channels throughout the year. Additionally, previously unreleased videos from Maya Angelou: And Still I Rise and In Their Own Words: The American Masters Digital Archive will be released as part of the campaign, as well as new episodes of the American Masters Podcast.

‘The Royaltons’ Still Snubbed in Fashion