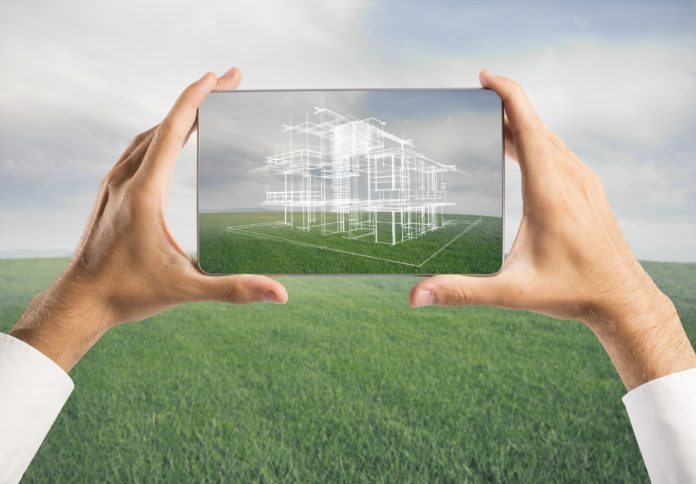 MINNEAPOLIS ? When actor Josh Hartnett hired Jacob Smith to sell his house in Minneapolis last summer, Smith in turn hired a company called Spacecrafting to take photos of it against a perfect bluebird sky.

Those photos were featured in an online listing for the house. A man in New York saw the listing and, after hearing about another interested buyer, quickly flew to Twin Cities and bought the house. ?Photography and video really sold that house,? said Smith, managing broker at Lakes Sotheby?s Realty.

It used to be that a warm apple pie or a plate of fresh-baked cookies was the best way to win a home buyer?s heart. Today, it is a flawless photo.

The rise of such specialists is an extension of the emergence of e-commerce. Whether looking for a 12-pack of toilet paper or a $500,000 house, consumers are now accustomed to shopping on phones, tablets and computers using high-quality images that can be enlarged, downloaded and shared.

?There?s no limits to buyer expectations,? said Brian Balduf, founder and president of VHT, one of the nation?s biggest real estate photography companies. ?If the house photos aren?t stunning and attention-grabbing, buyers are just going to move on.?

Jessica Lautz, managing director of survey research and communications for the National Association of Realtors, said that as recently as 1995, just 2 percent of all buyers used the internet to search for a new house. Today, virtually everyone does. ?Consistently photography has been at the top of the list (of buyer tools,)? she said.

Balduf said that today?s buyers also expect video, aerial photos and floor plans. VHT, based near Chicago, offers virtual tours and software that can digitally stage a house without ever moving a piece of furniture or painting a wall.

Since its start in 1998, VHT photographers have shot more than 10 million rooms and the company has grown 35 to 40 percent annually over the past two years.

For large, expensive homes and those on big lots, drone photography is becoming standard. The Federal Aviation Administration said that by 2020 the real estate industry is expected to represent upward of 22 percent of the drone market across the U.S.

Balduf said the next big innovation is 3-D virtual reality tours, using goggles like those that are now chiefly used for video games.

?To be really effective you have to provide a full suite of services, you can?t just be about shooting the photos,? Balduf said. ?The days of agents shooting houses themselves are gone in most places.?

Though Spacecrafting and other photo companies don?t offer traditional staging services, part of a great shoot involves deciding what should be edited, or added, to make a room as photogenic as possible. Sometimes, that is as simple as making sure the toilet seats are closed, the litter boxes are stowed and the refrigerator is void of magnets and school sports schedules.

Jenny Terrell, sales and marketing director for Spacecrafting, said that photographers also need to have the skills to help navigate what is often a highly emotional situation.

?Selling a home is hard and sometimes they (the photographers) need to know when a homeowner might need a hug,? she said. ?Sometimes they?re losing their mind over the situation.?

When McCaw got into the business 15 years ago, he worked for a company based in Salt Lake City that contracted with photographers all across the country. Five years later, he started Spacecrafting, which now has 38 employees, including editors and customer service people who are able to deliver photos in one day.

The company shoots 60 to 80 properties a day during the busiest selling season, and is expanding its market by doing more commercial shoots for homebuilders and architects. Videos are another growing service for the company and a powerful tool for agents and home sellers.

When real estate agent Seth Nelson hired Spacecrafting to help market a multimillion dollar condominium in the Uptown neighborhood in Minneapolis, it produced a three-minute ?lifestyle video? starring a sexy young couple before, during and after a date featuring the condo as a backdrop. That video, titled ?Date Night,? went viral, getting more than 10,000 hits in one day.

To facilitate such projects, Spacecrafting bought a 13,000-square-foot building for its headquarters and studio. McCaw said the company plans to expand into other markets. ?That?s always been the goal,? he said.

Spacecrafting and others now have international competition from such companies as Zignavisual, a Danish company that just sold a franchise in Florida, where it is offering a ?super package? that includes 22 high-definition still images, one twilight shot and a ?blue sky guarantee? for $249.

The fees for photography and other marketing are nearly always paid by the listing agent. With no guarantee that they will sell the listing and bank the commission, some agents are reluctant to pay for such services.

At Spacecrafting, the least-expensive photo package starts at $175, but fees can quickly increase depending on the size of the house and whether there are nighttime photos, video and aerial tours.

Such images are so important, several real estate brokerages now require their agents to only use professional photos. St. Paul real estate agent Teresa Boardman thinks that is a good idea. She is still baffled every time she sees images that are ill-composed, poorly lit and unflattering.

She has invested thousands of dollars in photography equipment to take her own marketing photos.

She said she constantly tells her sellers that the photos they took with their iPhone just aren?t good enough, and she often has to educate them about all the things that need to be done to prepare a room to be photographed. She carries light bulbs in her purse just in case a room is too bright, or too dim, to photograph.

?If you looked at a Lands? End catalog and all the pictures of the shirts were drawn by a 6-year old with a crayon, you wouldn?t want to buy them, would you?? Boardman said.

AT&T to sell iPhone without contract for $599