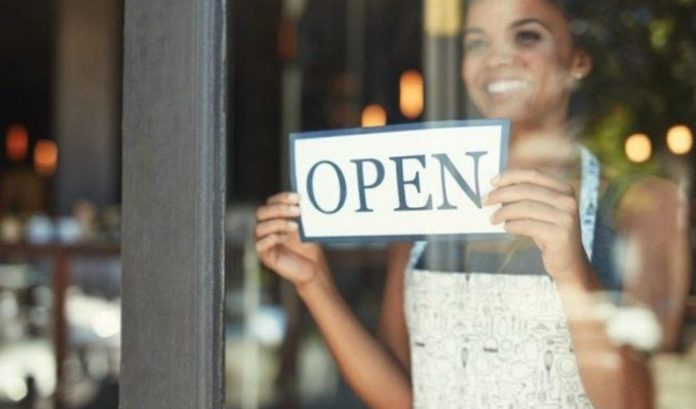 Top Democrats and the Trump administration were in talks Wednesday over how to provide additional funding for forgivable small-business loans as new data shows the program could be out of money before Friday.

Democratic staff from the House and Senate plan to meet with Treasury Department officials later on Wednesday, following a morning conversation between Senate Minority Leader Charles E. Schumer and Treasury Secretary Steven Mnuchin, according to a Schumer spokesman.

The talks are the first real sign of progress since the White House sent Congress a request for an additional $251 billion in funding for the so-called Paycheck Protection Program last week.

The initial $349 billion provided in last month’s $2.3 trillion economic rescue package for businesses shuttered by the COVID-19 pandemic is running out fast.

New data from the Small Business Administration show that as of Wednesday morning, there was just $60 billion left in the account. That’s after more than $40 billion was distributed on Tuesday, a “burn rate” that’s increasing as small businesses rush to their lenders for aid before the money runs out.

Top Republicans and administration officials have said for days the money could run out before this weekend. But the latest rush for cash suggests lawmakers and the White House may have even less time to strike a deal or risk leaving small businesses that haven’t yet been approved on the sidelines, at least temporarily.

The PPP is in such hot demand because it allows eligible firms to skip repayment on eight weeks’ worth of their loans, which are equal to up to 250% of monthly payroll expenses.

Companies are only able to spend up to one-fourth of the money on other fixed costs like rent and utilities, however, so Democrats want to boost allowable loans to 300% of payroll to enable companies to meet their nonpayroll expenses.

Democrats also want to put $65 billion into a related disaster loan program for up to $2 million in “economic injury” expenses, of which up to $10,000 in cash advances don’t need to be repaid. That program has also proven immensely popular, to the point where SBA last week started rationing the maximum loan size down to a fraction of the total.

Schumer, D-N.Y., and Speaker Nancy Pelosi have called for changes to the structure of the small business loan program, to ensure that at least half of the new funding, or $125 billion, would go to small businesses without traditional relationships with big banks. This would help women- and minority-owned businesses as well as people in rural areas and farmers access the funding, they said.

Democrats also want the package to include an additional $100 billion for hospitals and other health care facilities, $150 billion for state and local governments, and a 15% increase to the maximum monthly benefit for those on the Supplemental Nutrition Assistance Program.

Until now, GOP lawmakers have been resistant to entering negotiations with Democrats, saying the PPP is the only program from the $2.3 trillion package about to run out of funding. Republicans said that discussions over additional funding could wait until Congress begins work on the next COVID-19 aid package.

“Right now we are just sending the money out to the hospitals and states,” Mnuchin said during Wednesday’s daily White House coronavirus briefing. “They haven’t come close to using that money. I know the president and vice president have said, once we get the SBA done we can go into another funding bill.”