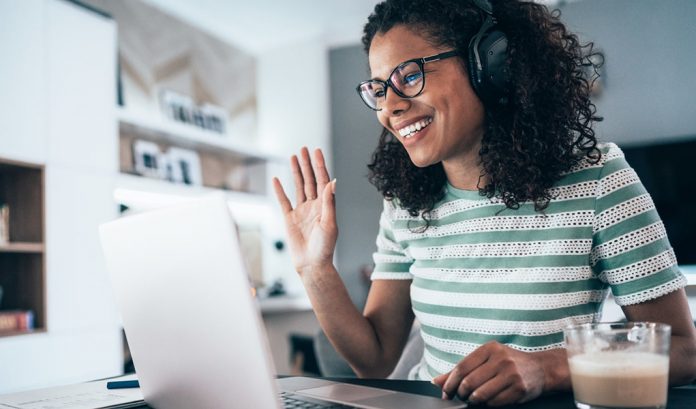 The coronavirus crisis is having a profound impact on the financial lives of Americans, despite the efforts by many to cut back on spending.

Since the outbreak began, 30% of respondents say they’ve experienced a decrease in household income, according to a new Bankrate survey. About 1 in 5 workers has applied for unemployment since March 13, and the unemployment rate surged to 14.7% in April. Under government orders, many non-essential businesses were forced to close. It’s feared that a great deal of them may never end up reopening, dampening the hopes of a quick economic recovery.

“The pandemic is deepening the financial hardship for millions of Americans,” says Greg McBride, CFA and Bankrate chief financial analyst. “Nearly one-third of households report lower income since the start of the pandemic, with half of those same households now having more debt and they are three times as likely to have seen their emergency savings also decline.”

Bankrate asked 2,653 Americans about their debt (mortgage, auto, credit card, personal loan and student loan), emergency savings and household income. Below are the key findings from the survey.

—About 30% of Americans have reported a decline in income, while only 12% say they’ve seen an increase since the COVID-19 outbreak started.

—Nearly one in five respondents said their emergency savings fell.

—Around 16% of Americans have increased their debt.

“The financial legacy of this pandemic will be elevated unemployment, reduced household incomes, more debt and even less savings,” says McBride.

For many people, unemployment benefits don’t begin to make up for lost wages.

Age was also associated with a higher likelihood of no change in income. More than 47% of Generation Z reported that their income stayed the same, compared to millennials (49 percent), Generation X (57 percent), boomers (66 percent) and the Silent Generation (80 percent).

However, the crisis seems to hit income groups at largely the same rate. The likelihood of change in income – either up or down – differed little among income groups, ranging between 56 and 59 percent.

Many Americans seem to be using a higher income to increase their emergency savings. Of those who earned more, 48% have boosted their savings. Even those with the same income have increased their emergency fund, with about 18% reporting more savings. And of those whose incomes have declined, 9% have managed to save more.

—Almost 32% of those with higher income reported having increased debt, while only 14% of this group decreased their debt. About 15% had no debt then or now.

—More than 7% of those with the same income reported increased debt, while 13% said they had reduced their debt. Almost 24% reported no debt then or now.

—For those with a decreased income, about 26% have taken on more debt, while 8% have less debt, and 20% report no debt then or now.

Americans had varied responses in regard to their emergency savings. Overall, 19% of respondents said they have more savings now than before the crisis, 19% have less and 39% have about the same. Almost 24% said they had no savings before the outbreak or none currently.

Almost 20% of households with emergency savings have added debt since the crisis began, compared to 31% of those with less savings since the outbreak started.

Emergency savings by age group differed significantly at times. Millennials were the most likely age group to have saved more at 24 percent, against 17% of this group with decreased savings. Only the Silent Generation was less likely, at 11 percent, to report lower savings.

Here’s how emergency savings at other age groups changed:

—In Generation Z, 17% of respondents saved more, while 20% saved less.

—Among boomers, 14% increased their savings, while 20% saw savings fall.

—Among the Silent Generation, 16% increased their savings, while 11% saw their emergency savings fall.

Millennials and the Silent Generation were the only age groups more likely to have increased emergency savings than to have decreased savings.

Generation Z (35 percent) and Generation X (27 percent) were the most likely age groups to report no emergency savings before the crisis or now.

—More than 13% of those earning less than $30,000 reported increased savings.

Surprisingly, the income group most likely to see decreasing emergency savings was not the lowest income group, but rather those earning between $30,000 and $49,999 annually.

Overall, since the pandemic started, 16% of Americans say they have more debt now than before. About 12% have less debt and 51% have about the same. Nearly 22% say they had no debt before and have none now.

Among the 2,082 households with debt, here is how that breaks down by loan type:

Mortgage debt has not changed substantially since the crisis has begun:

—About 6% of respondents have more debt.

—More than 34% have about the same debt.

—Almost 50% report having no mortgage debt.

The tendency to have increased mortgage debt since the outbreak is higher among Generation Z (14 percent) and millennials (10 percent) than older age groups.

While there is no material difference between income groups when it comes to increased mortgage debt, the likelihood to have reduced mortgage debt increases as income increases.

—Auto loan debt remains much the same as before the crisis:

—Almost 6% of respondents say they have more auto debt.

—Nearly 31% say their debt is about the same.

Only a slight majority of millennials and Generation X report having auto debt, while more than half of Generation Z, boomers, and Silent Generation do not have auto debt.

The tendency to have increased auto debt is not materially different between income groups. However, the highest earners ($80,000 a year or more) are twice as likely to have reduced their auto loan debt since the outbreak as those earning $30,000 a year or less (16% versus 8 percent).

Credit card debt has swung both higher and lower since the crisis began:

—About 17% of respondents said they had more credit card debt.

—Nearly 44% reported having about the same amount of debt.

—More than 21% reported they had no card debt.

Personal loan debt remains much the same as before the coronavirus crisis:

—About 8% report they have more personal loan debt.

—Nearly 9% say they have less debt.

At more than 50 percent, millennials report the highest rate of personal loan debt, while the majority of other groups do not, including Generation Z (62 percent), Generation X (65 percent), boomers (71 percent) and the Silent Generation (78 percent).

Student loan debt remains similar to before the coronavirus crisis:

—More than 5% of respondents say they have more student loan debt.

—Almost 22% say they have about the same debt.

—About 69% say they have no student loan debt.