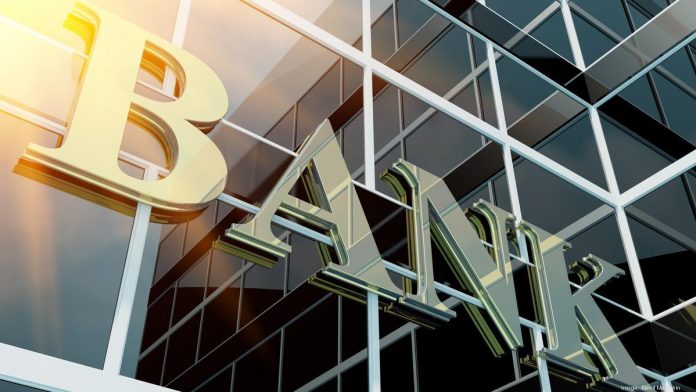 When William Spruill recently raised $3.5 million for his technology company Global Data Consortium, he began to think about where to park the company’s growing assets.

The choice was likely to be a large national bank, which could offer the best interest rates on the account. But after George Floyd’s killing in Minnesota in May, Spruill, one of the few Black CEOs in the Triangle’s tech scene, wanted his money to have more of an impact on local communities of color.

So, he opened an account at M&F Bank, a Durham-based bank that is one of the oldest Black-owned banks in the country. He ended up putting $3 million of his company’s money there, where he believes it’s more likely to be used in loans to other Black entrepreneurs and businesses.

Spruill didn’t stop there, though. After opening the account, he also challenged other members of the tech community to open accounts at M&F Bank.

The call appears to be gaining traction.

James Avery, the CEO of the Durham-based advertising startup Adzerk, said he has opened a personal account at the bank and is looking into a business account as well.

Raleigh-based K4Connect, which makes tech for retirement communities and recently raised $21 million from investors, confirmed it had opened an account at M&F Bank.

And Pendo, perhaps the Triangle’s most promising startup, plans to move $3 million of its money over to the bank.

The company, one of the few startups in the state valued at more than $1 billion, said the move is part of its growing efforts to promote diversity and inclusion.

“Obviously there’s a lot of conversation around diversity, equity and inclusion these days. It’s a very important topic,” Olson said. “And (this account) is a small thing that we can do that isn’t just a bunch of words that we’re putting on our website. It’s action.”

Olson said the diversity officer is key because, “if you don’t have a human being in a leadership role focused on something, it’s just easy for it to get a lesser attention and focus than other initiatives.”

The company recently published its first diversity report as well, which showed that 3.9% of the company’s workforce identifies as Black, while 83.7% identify as white, 7.7% as Asian and 3.3% as Hispanic or Latino.

“This is a marathon not a sprint,” Olson said of the company’s efforts. “We have a lot more work to do.”

For his part, Spruill said he’s “thrilled to see a handful of my peers … take this step to support the broader community.”

“It’s meaningful and it generates direct value,” he said in an email. But “equally I am disappointed that it has only been a handful stepping up. When we have so many people who are corporate leaders and investors, I would hope to see more getting engaged beyond the press headlines.”

Founded in 1907 as Mechanics and Farmers Bank, M&F Bank is the second-oldest minority-owned bank in the U.S. The company was a pillar of Durham’s famed Black Wall Street during the 20th Century, and grew to have branches in Raleigh, Charlotte, Greensboro and Winston-Salem.

Black banks, as a whole, have become a smaller part of the country’s financial infrastructure. Today, just 21 Black-owned banks operate in the U.S., down from 36 a decade ago, NPR recently reported.

Yet M&F Bank saw a $27 million increase in deposits in the last quarter, growing from $236.5 million to $263.4 million, the Triangle Business Journal reported.

The bank’s CEO, James Sills, was traveling and not available for an interview, spokeswoman Tiffany Foggie said. But in an interview with the Triangle Business Journal, he said M&F Bank has seen an uptick in interest in the wake of racial justice protests across the country.

“We take those deposits and we redeploy them in the form of loans throughout North Carolina,” Sills said in the interview. “I think people finally get the message that banks like ours are close to urban communities and communities of color. We’re really helping those communities by providing access to capital.”

In a statement, Foggie said the bank was excited about the “increased activity” it was seeing from individuals and companies — though she said the bank couldn’t comment on specific companies it has worked with.

“We are happy to see communities doing their part to support small and minority-owned businesses,” Foggie said in the statement. “By supporting M&F Bank, more opportunities are created for us to give back to the community in the form of loans. We look forward to being the primary bank for the individuals and businesses in the communities we serve.”

Oil tumbles below $50 for 1st time in a week