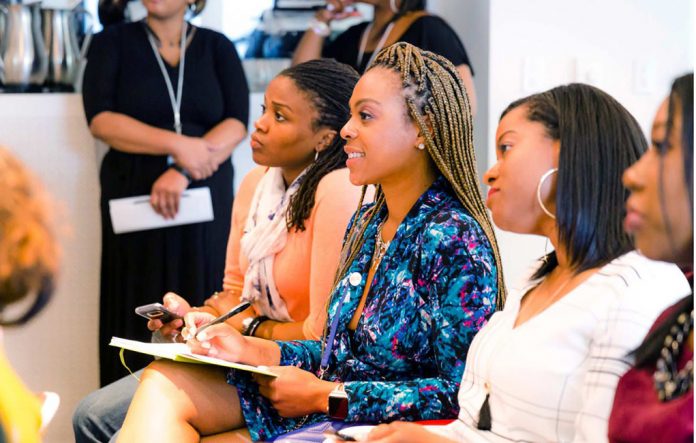 This year’s second annual HER Idea workshop, hosted by the NAACP Economics Department, to be held in Detroit, Michigan, at the 110th NAACP Annual Convention is expected to gather Black women, millennial entrepreneurs, digital media experts and venture capitalists to talk about their road to success.

Krystal Garner, general manager of Trap Music Museum and an entertainment executive at Grand Hustle Records, serves as brand ambassador for the HER Idea workshop.

“This year, attendees can look forward to some really, dope tracks such as STEM, Fitness, Beauty, which they can select for the breakout session. I will be on the Soulpreneur track, which is for people who are creative, super active, and social beings. We really want attendees to be in their respective areas that they’re interested in; we want them to get information on how they can excel at being female entrepreneurs,” Garner told TNJ.com.

Framers of this interactive workshop hope to close the gap for Black women entrepreneurs who typically don’t have a network of professional mentors to support them, and historically have a difficult time accessing the capital needed to launch and scale successful startups. The HER Idea workshop joins a group of recent initiatives designed to promote Black women entrepreneurs such as Richelieu Dennis’ $100 million dollar fund, and Arlan Hamilton’s $36 million fund.

“I just moved to Atlanta, which I call Wakanda! I meet so many women of color entrepreneurs who are going after different avenues, and there seems to be a lack of opportunities for training and funding,” Garner notes. “We get less than 1 percent of venture capital money that is out there, and that doesn’t make any sense since we are the fastest growing group of entrepreneurs. So, I’m glad the NAACP recognizes this issue and is trying to help Black women get what they need to be successful.”

Garner, who was featured on BET’s “The Grand Hustle” competition (and won!), says she is passionate about the gender pay gap, and looks forward to serving as a judge at the event’s pitch competition at the close of the workshop where five lucky registrants will be pre-selected to pitch their business ideas for a chance to win seed money.

“I am super excited to be one of the judges, so I can critique them on what they should and shouldn’t do when pitching to an investor,” she says.

Other judges include Monica Wheat of Backstage Captial Detroit, Mandy Bowman of Official Black Wall Street and Sydney Thomas of Precursor Ventures. The winner of the competition will get $5,000 in seed money.

How A Venture in Crystals Became a Profitable Online Business