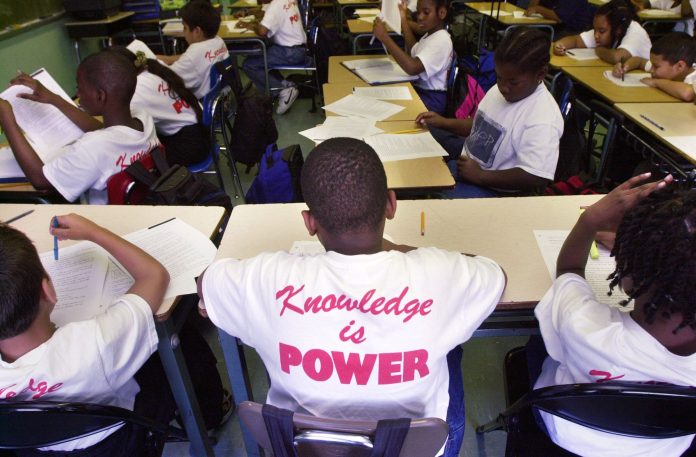 The NAACP filed a lawsuit Wednesday to stop the Education Department’s rule about how to distribute $13.5 billion in coronavirus-related relief for K-12 schools, arguing that it will send hundreds of millions of dollars to private schools against the will of Congress.

The lawsuit — filed in federal court in Washington on behalf of several public school districts, their students and their parents — argues in part that the Education Department does not have the authority to issue the rule last month that effectively changes a COVID-19 relief law.

“The Rule harms American children and subverts the will of Congress; it cannot stand,” the lawsuit states.

The NAACP lawsuit focuses on how Congress appropriated funds for local public school districts to address the fallout of the pandemic. The law requires the school districts that get money to set aside a relatively small portion for private schools that have students from lower-income families, the group states.

But the Education Department’s rule instead would require school districts to apportion the relief money based on the total number of students attending private schools — or else face “severe limitations” on how the money can be spent “that were never intended nor authorized by Congress,” the lawsuit states.

That means the rule “takes funds that Congress specifically appropriated for public schools to alleviate their state and local budget crises created by the pandemic, and instead diverts them to benefit privately funded schools, regardless of need,” the NAACP states in the lawsuit.

The group also called the rule “as immoral as it is illegal” because it siphons away money from school districts that depend on the state and local taxes that have been reduced in the pandemic, particularly high-poverty districts where “students of color are disproportionately represented.”

“This unlawful diversion will directly impair the education, health, and safety of low-income students and students of color for the benefit of more affluent, white, private-school students, further perpetuating institutional racism,” the lawsuit states.

The Education Department did not immediately respond to a request for comment on the lawsuit.

When the rule was announced June 25, Secretary Betsy DeVos said the pandemic-related appropriation was for all students, teachers and families harmed by the virus.

“There is nothing in the law Congress passed that would allow districts to discriminate against children and teachers based on private school attendance and employment,” DeVos said in a news release.

Tributes Abound for Rep. John Lewis After the Death of the...